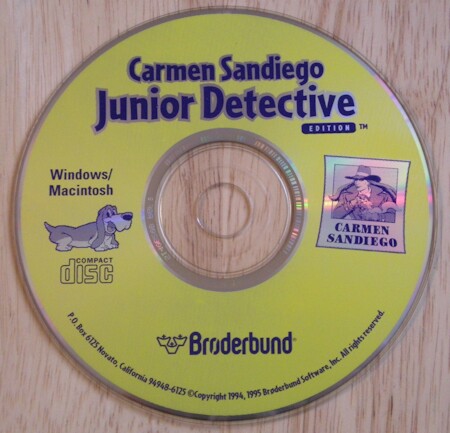 For one thing, in this game, you get helpers. A number of different photographers help you identify crooks by taking partial photographs as the crook blasts through your sight like the Tasmanian Devil. Their photos are faxed to you so you can put them together like a jigsaw puzzle and identify the crook.

In addition to the photographers, two ACME detectives, Zack and his big sister Ivy, help you find clues and identify what you've found. Also, the chief himself, a holographic artificial intelligence program, will identify clues and give you feedback. Not only that, but your Gizmotapper 586LC, nicknamed DeeJay, will also help you through each case.

When you travel to a country at the start of each case, you are presented with a picture of the country. You must run the pointer of your mouse, in the shape of a magnifying glass, over the photo until you find a spot where the magnifying glass lights up. Clicking will present you with a picture that is your clue. Once you have gathered enough clues to identify the place where the crook has fled, you can hit the map button and move to the next country.

Crimes take place in certain areas (the Mideast, Asia, Africa, Europe, etc.) and the crooks do not leave that area. At lower levels, you need only one or two clues to identify a given country. At the higher levels you may need three or even four.

Promotions are given after each of the first three cases. After dealing with all 13 V.I.L.E. villains, you will be a super sleuth and ready to track Carmen herself. Kids will love the antics of the photographers employed by ACME as they try to catch pictures of the crooks. The game itself is influenced by Where on Earth is Carmen Sandiego? an animated TV program that aired on FOX. The characters you play as in the game are two main characters from the show, Zack and Ivy.

This game is packed with tidbits of information about countries, objects, and places. Younger kids will definitely give it a "thumbs up". 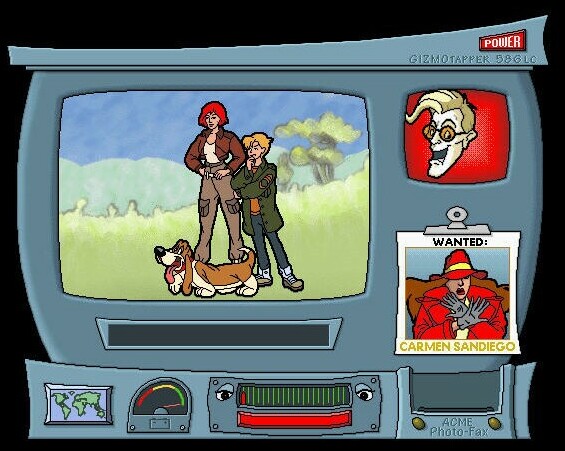 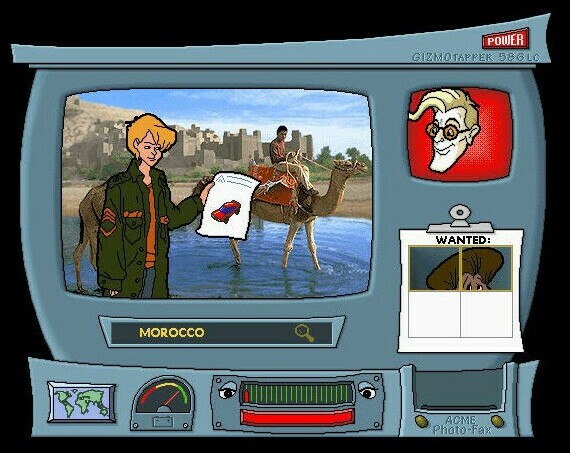