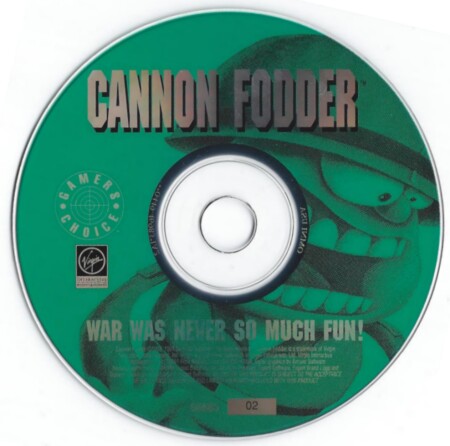 
What Cannon Fodder pulled off brilliantly was to wrap up a quite clear anti-war message in what was a totally unapologetic and fun, pick up and play game. Remember how when sometimes you’d kill an enemy and they would lie there thrashing around in their own blood screaming at you? It served no real purpose as they were effectively dead anyway. The only real question was did you leave your hated adversary to suffer, or did you dispatch him with a click of the mouse? Maybe you just laughed at it and thought nothing of it… The point being it didn’t really matter what you did or how you reacted to seeing a cute, cartoony, Sensible Soccer style man being put through such excruciating virtual pain, the game didn’t penalise you in any way or reward you for showing mercy.

Sensible Software had always looked to bring their own brand of cute re-interpretations of reality to a gaming audience looking for something different and were never afraid to blend genres in that process. While the software house might be known for their take on the beautiful game, it was this game that saw them take strategy, puzzle solving and real time action and blend it into something that had never really been seen before. Having to guide your grunts through swamps, jungles and arctic levels required not just firepower but problem solving as well, all of it done in real time. Often levels could be completed with a variety of approaches, sometimes the combined tactic of firepower and human sacrifice proving just as effective as careful planning. This still won’t stop you getting caught out and having to watch your beloved highest ranking soldier slip beneath some quicksand, or having the sheer bad luck to have a man wiped out by falling debris as you blow up one of the many buildings required.

Perhaps the true masterstroke of the game is that it does put you in the mindset of a commanding officer, if not a politician, in a credible fashion. Your main focus is to complete the level and at the end of the day the soldiers are your tools to be used as you see fit and you can afford to lose a few of them. There’s that massive queue outside that you get to check on in between missions confirming this. The first few graves that appear on the hill that the queue snakes round probably don’t even register, but as the levels go on and get increasingly tougher the white crosses increase. But as you try to complete the game it is easy to forget the Jools’, Jops’, Stoos, Rjs, Ubiks, and Cjs probably deserve something a lot better than to be used in such a manner and perhaps a bit bizarre to picture their tearful pixelated widows at their funeral. You have actually reduced these brave conscripts to nothing more than cannon fodder and they are cursed to obey your every whim. Sounds eerily familiar even now and this game was first released on the much missed Amiga system in 1993. By not forcing this down your throat it perhaps it succeeds in ways games with a clear moral message do not, provoking thought in the midst of something that is in essence classic gaming escapism.

Yet somehow despite this the game courted controversy, being attacked by tabloids for being excessively violent and trivialising the sacrifice made by our British troops in wars gone by. Even the use of the poppy in the game seemed to not exonerate it of these crimes in the eyes of a media still used to pushing the pro-war agenda especially in the aftermath of the Gulf War. Even the Royal British Legion would not offer its endorsement, demanding the inclusion of a screen that made anyone playing the game know it was nothing to do with them. A shame too, as given the games prolific sales it could have been a real publicity and money spinner. The very notion that anyone could play this game and think that it in any way was apathetic to the matter of war obviously didn’t geek out hard and read the manual. The very last line clearly states "As Cannon Fodder demonstrates in its own quirky little way, war is a senseless waste of lives and resources. We hope you never find out the hard way."

Anyone who played this game loved it in their youth, the kind of game you actually bothered with a disk backup for. It had a real playability to it and it was easy to waste hours in the pursuit of victory, especially as the later levels forced you to co-ordinate intricately timed attacks. It is the rarest of things in gaming; just like the old cult cartoons that were full of double-entendres, it actually gives you something more when you come back to it a little bit older and wiser. A true cross genre classic that will never be forgotten. 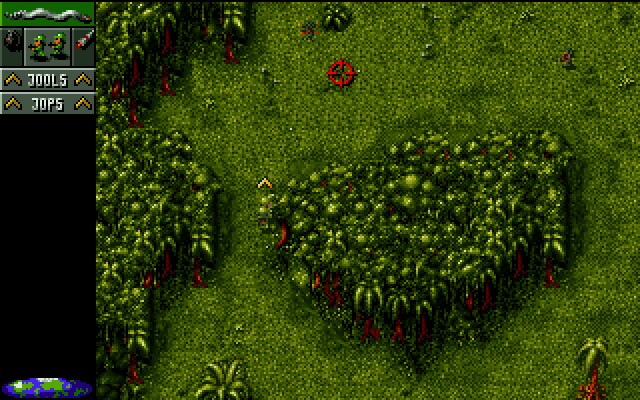 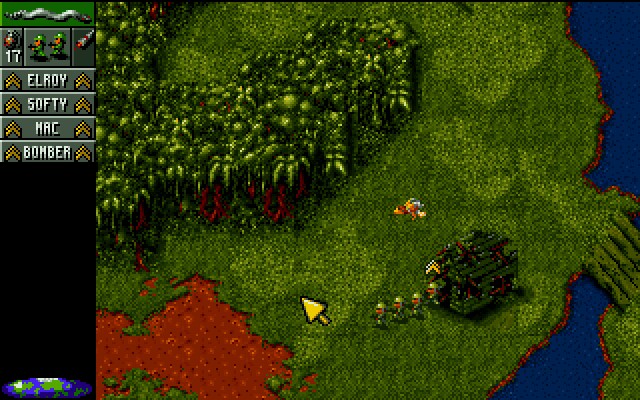