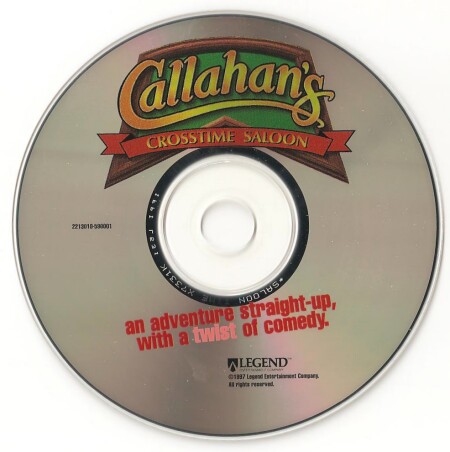 
Callahan's Crosstime Saloon is an adaptation of Spider Robinson's science fiction stories about Jake Stonebender and his friends at Callahan's. The game opens outside our galaxy, in an It's A Wonderful Life-style conversation between two pulsing zephyrs of light. Turns out the universe is about to be shut down for lack of funding (sounds like a lot of adventure games these days!) and its creator is desperate to find something unique enough about the human race to justify keeping the project alive. This crisis takes a back seat, however, as we zoom down on Callahan's, where our hero Jake has just arrived for the evening.

Little does Jake know, he's in for a long one. His friends keep asking for favors, and Jake's too nice a guy to say no. Before the night is out, he'll take on an alien race that's sapping the world of testosterone, travel into the Brazilian jungle to save an endangered strain of orgasmic chocolate from extinction, set out for Transylvania to rescue a lovesick vampire from himself, plot to spring a four-legged friend from a remote government research facility, and zip into a not-too-distant future Manhattan to secure a much-needed medicine for a desperate friend… not to mention finding a solution for that intergalactic budget crisis looming overhead. It's a tall order for one night. Luckily, Callahan keeps the taps flowing.

Each time Jake makes it back to Callahan's, he's greeted with toasts, puns, and banter from a group of close-knit, loyal friends. This camaraderie sets Callahan's apart from many adventure games that send the protagonist on an isolated journey through unfamiliar terrain. Although Jake is often faced with the unfamiliar, he's also given the chance to touch base and swap jokes with people he knows and likes. This strong sense of community goes a long way toward making his character believably human and Callahan's Crosstime Saloon a lot less lonely than the average adventure game experience. And these friendships don't stop in the bar. On most of Jake's quests, another patron comes along to keep him company and, when Jake asks, lend a hand… or at the very least, a well-phrased hint.

Although the game is narrated with text, the characters are all voice acted. Headshots of Jake and his companion, when he has one, are displayed at the bottom of the screen, eliminating the disembodied feeling you get with some first-person games. During conversations, a screen comes up displaying a conversation tree alongside larger pictures of Jake and whomever he's talking to (similar to how dialogue trees were handled in the first Gabriel Knight game). There's a lot of optional dialogue here, and it's often quite funny, but the multiple branches on the dialogue trees sometimes led me to miss bits of crucial information buried deep in the conversation.

Callahan's is a comedy, but with serious undertones. On the surface, Jake is a good Samaritan who goes out of his way to help his friends, but he's also suppressing a painful secret from his past. This secret is only hinted at for most of the game, then finally revealed so simply, yet so powerfully, it brought tears to my eyes. I didn't feel at all manipulated, like I do after some sweepingly dramatic cutscenes in games like Syberia—you know, those scenes you hate yourself for crying at because you know that's exactly what the developer wants from you. No, this moment was much quieter, and as a result much more poignant. And that was it. Rather than have that tragedy become the game's focus, Legend made the wise choice to fade it into the background, sending Jake back to his friends at the bar. It made me think about human nature; how behind all the laughter even the cheeriest person can be hiding incredible pain. It's only a small part of the game, but the moment is handled perfectly, and is one of the scenes that stood out most.

A lot has changed since 1997. These days, when games are announced on the web long before screenshots even exist and so many cookie-cutter clones make it on to store shelves, it's rare for a game to be truly surprising. Callahan's Crosstime Saloon was one of those unexpected games for me. The game is a true gem. 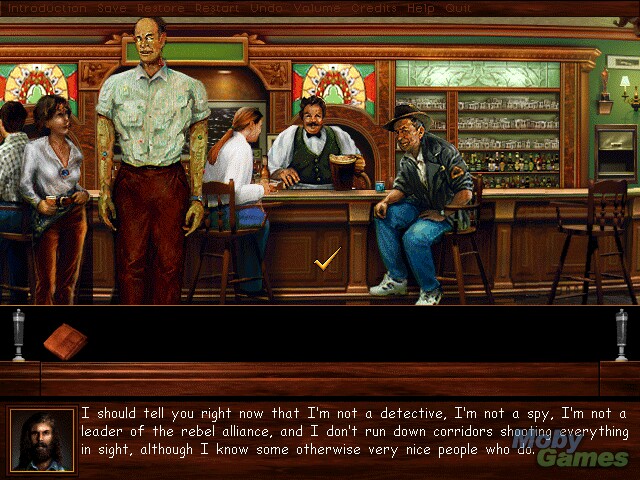 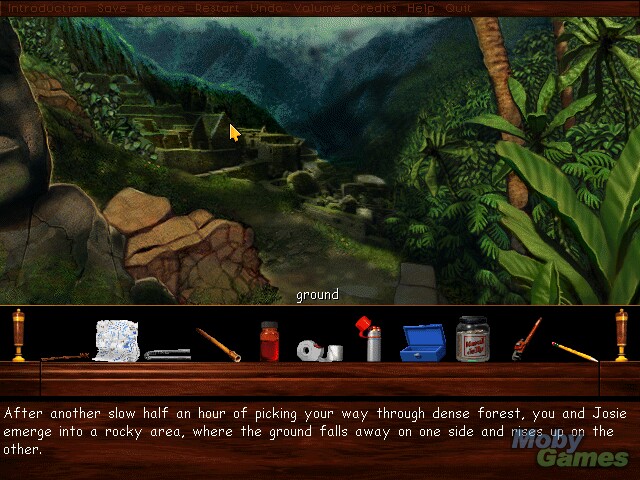