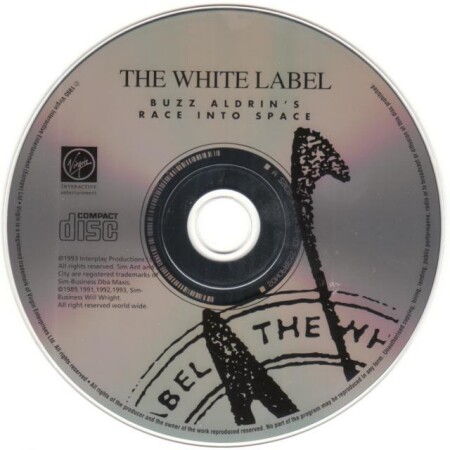 
It is the spring of 1957 and you have just been appointed to head either the US or Russian space effort. Your task is to get a man on the moon (and safely back!) before your opponent, thus boosting your countries prestige no end. The game can last until 1977 but your goal is to perform a lunar landing before 1970.

Each year is split into two seasons, Spring and Fall. There is only one difference between the two seasons but it is critical -- your budget allotment is granted only in the Spring. It is all too easy to deplete your budget in the spring season only to discover you don't have enough funding to buy the hardware for your fall lineup. As both NASA and OKB-1 learned with bitter sacrifice, you must manage your budget properly to succeed.

Hardware
There are four major types of hardware in development -- satellites, rockets, capsules and miscellaneous gear (e.g. spacesuits and the like). To obtain a unit of hardware, you must fund its associated program, such as Project Gemini for the Gemini capsule, which will yield the prototype of that item. As with most industries, subsquent purchases will be much less expensive than the prototype because the market is able to sustain itself. You can store and maintain a maximum of 6 units of any type of hardware.

All of the hardware is based on programs which either actually existed or were seriously considered during the space race. You can even develop and deploy the famed Nova rocket and use it as the mainstay of your lunar program! To allow for diverse strategies, and tremendous replayability, all of the programs in the game are available right from the start. You could, in theory, skip the baby-step tedium developing earlier rockets leading and move straight to the traditional Saturn V, the Apollo spacecraft, and the lunar module. This all-or-nothing approach is almost certainly doomed to failure. The space program progressed with small steps for a reason, which you will painfully discover should you try to skip the important lessons found by developing earlier technology.

Safety and Research & Development
Each item of hardware has a corresponding safety percentage. When you begin a new program the rating will be disturbingly low, sometimes as little as 5%. Reliability is improved by field-testing and research. You can set the level of study through the number of task groups (from 1 to 5) assigned for a given season. Research is expensive so you need to plan your strategy early and stick to it. The crash program race to the Moon was possible in such a short timeframe because of good management and steady strategy. Remember -- Project Apollo was underway in the early 60s even though the first flight did not occur until 1968.

Each piece of hardware has two percentages associated with it, maximum R&D and maximum safety. Maximum R&D is the highest safety percentage the hardware can attain through basic development via the efforts of your research staff. Maximum safety is the highest possible rating for the device regardless of its successful track record. Nothing can have a 100% reliability rating -- even the latest generation Atlas rocket, which was based on a proven design from the early 1960s, fails from time to time.

Staff
At the start of the game, you can earn a fair amount of prestige points with unmanned satellite missions. Satellites can carry out tests in earth or lunar orbit as well as through flybys of other planets. As the Ranger and Surveyor programs demonstrated satellites are a key component towards a manned moon landing. Of course, satellites alone will not win the game. Sooner or later you will need to recruit astronauts.

Over the course of the game you can recruit 4 groups of astronauts. At the outset you are given the choice of playing with a historically accurate astronaut roster or one of your own. In keeping with NASA's practice you choose each astronaut from a larger pool of candidates. Each astronaut has a rating in five areas -- Capsule, Lunar Module, EVA, Docking, and Endurance. Each of these skills are employed during specific phases of a misison. The better an astronaut's skill the greater the chance that step in the mission will succeed. In addition to the 5 ratings, each astronaut also has a mood value, an indication of how happy he is at the moment. You need to monitor this too -- an unhappy astronaut is more likely to leave the program, and pilots of his caliber are not easy to replace!

Following training the pilot is assigned to a particular program, where he must spend an entire season getting up to speed, before he can fly an actual mission. You need to keep an eye on the mood of your astronauts -- if they become bored or unhappy with your progress, they may quit the space effort, something which damages your prestige in the eyes of the nation, as well as the money holders in Congress! When assigning men to multi-person missions, you should also consider how well the candidates get along with each other; while an astronaut can work adequately with everyone, a tension filled environment is not good for morale.

Planning
Each launchpad can handle a single launch per season. At the start of the game, you only have one launchpad but you can construct two others. Occasionally a truly disastrous blast-off may destroy a launchpad requiring expensive repairs. Missions must be scheduled a season in advance so a fair amount of foresight is required.

Go for Launch!
Your cutting-edge hardware is ready, your crews are eager to push the outside of the envelope and your mission is planned in exquisite detail. Is time to light the candle? Not so fast -- Your first step is to integrate the hardware in the Vehicle Assembly Building. You are given a choice of what alternatives are available for each component required for the mission. There is an auto-purchase button which allows you to buy all the necessary hardware in one step. If you were careless in the planning phase you will learn you have overcommitted on launches and do not have funds to cover hardware acqusition. You will be forced to scrub the mission and suffer the consequential loss of prestige.

As might be expected you view launches from mission control. Suitable video footage and a realistic soundtrack is played for each stage in the mission and a monitor near the foot of the screen gives an evaluation of how close to disaster you have come at each step. This is where the tension really builds. As I have said each step in a mission is an opportunity for a disaster, and the opportunity is re-calculated for each step. This is why the actual moon missions were near-miracles -- so many different things can go wrong, from the booster launch, to the trajectory, to the LM landing, to the EVA, to lunar ascent, and so on. Step failures are often fatal so determining an acceptable level of risk for a given mission is crucial -- this game is not easy by any means. In any case, an achievement report is generated after each mission which lists milestones, points (or penalties) and problems encountered.

Sites of Interest
The spaceflight centers for both governments contain many interesting sites. One of my favorites is the Museum of Space. Similar to the Smithsonian Air & Space museum, this place chronicles the history of spaceflight for both sides as well as the achievements of their pilots. The museum details which side leads each area of the space race and tracks your score. Going slightly further afield, you can visit the Pentagon (or Kremlin) for an assessment of your management style is as well as review spy reports on the future plans of your competition. These reports are, as you might expect, not usually accurate. When they do hit the mark the information can mean the difference between success and failure.

Victory!
When one side wins the famous race you are presented with a history of the next few years extrapolated from achievements of both sides. For example if the Russians beat the US to the moon by a few years, they will become brazen and the Red Steamroller will flatten Europe before you can say glasnost. The intent here is to convey the percieved threat of the competing country to the former's way of life. During the early 1960s the Red Menace sentiment was in full force. On the higher levels of difficulty, you may not even get to the end of the game since you might be relieved of your position if you frequently fail.

Gameplay The computer is a tough opponent on any level -- you might find yourself wondering how on earth it manages to get a satellite launched so quickly, or develop a three-person spacecraft years before you. Dark suspicions may intrude at this point but the manual assures you that the computer does not cheat. It is subject to all the same difficulties and limitations as you. Playing against another person is great fun too; indeed, there are few things more satisfying than seeing your human opponent's latest masterpiece erupt into a toxic fireball on the launchpad.

Conclusion
Buzz Aldrin's Race Into Space is a required addition to the software collection of anyone who has an interest in the race to the moon. If I may add one final recommendation, try reading Tom Wolfe's The Right Stuff or Alan Shepard and Deke Slayton's Moon Shot while getting into the game. It will give you some insight into the consequences of ordering a brave pilot atop an Atlas booster with a 75% reliability rating. 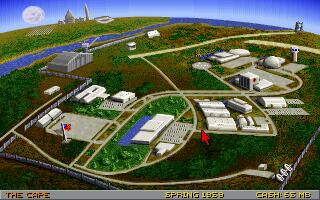 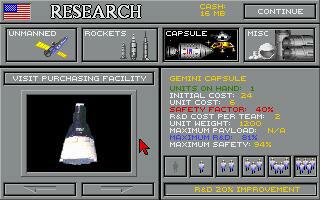 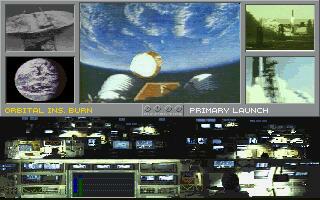 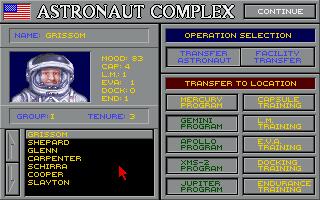