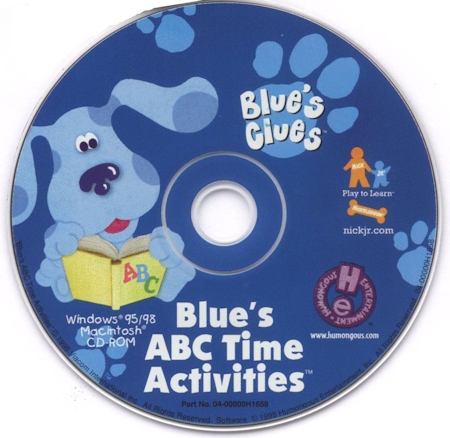 The Game
Blue's 123 Time Activities is the third Blue's Clues game. Devoted to teaching kids ages 3 to 6 early math and thinking skills, Blue's 123 Time Activities features the characters from the popular preschool television show Blue's Clues. There's a big backyard fair, and emcee Steve greets players in his inimitable fashion. The game is a series of mini-games tied together with the backyard fair theme, each geared toward teaching match and logic skills while it entertains.

A breakdown of the mini-games:

Baby Bear's Card Game. Players try to be the first to get rid of all their cards. This is a variation of Go Fish - players match shapes and quantities.

Shovel and Pail's Mother May I? Game. Uses a simple number line to help kids count and add.

In Tink's Train Ride, players help Tink build his train while learning about adding and subtracting items in the bins.

Cash Register's Prize Tent is the place to redeem Blue Dollars that have been earned from playing the other activities. Use Blue Dollars to earn a Big Prize. There are 9 parts needed to assemble each Big Prize. 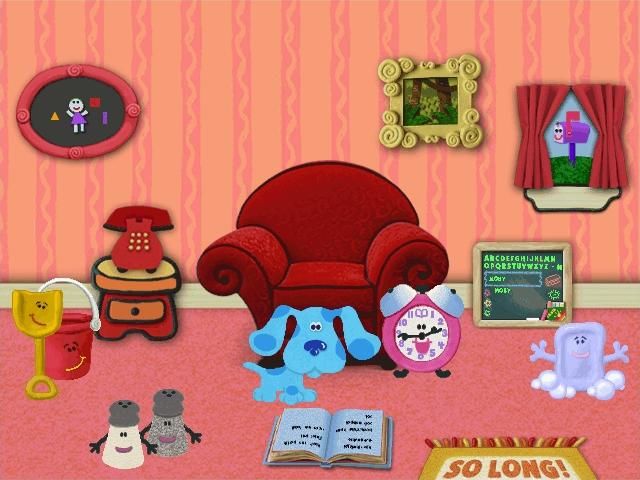 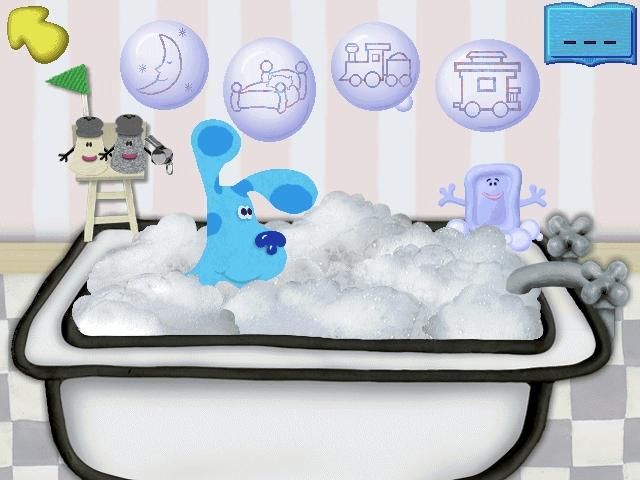 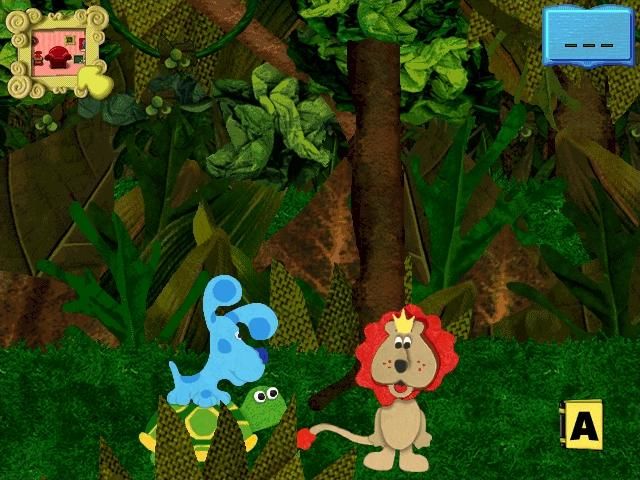