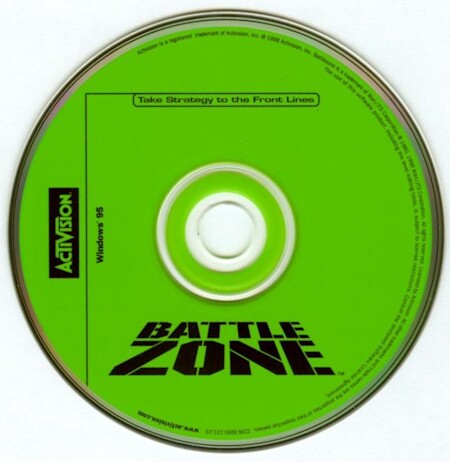 
Battlezone has the look and feel of a futuristic shooter, but it's actually set in the late 1960s and early 1970s. Seems that a meteor shower a decade earlier left behind some other-worldly stuff called "bio-metal" - the product of an alien technology that can not only be used to craft weapons of incredible power and durability, but which also seems to be sentient. (Now that would have made a decent Pet Rock!) Uncle Sam wants to use the bio-metal to bring the Cold War to an end, but - you guessed it - the Soviets found out about the bio-metal and are just as desperate as you to get their Commie hands on it first.

The quest for the miracle metal leads both nations into space to track down the mother lode - and hopefully uncover any other alien leftovers that could lead to ultimate victory. Beginning on the Earth's moon, the Americans and Russkies start to unravel the mysteries behind the bio-metal, leading to a race that takes them from Earth's closest planetary neighbors to the harsh worlds of Jupiter's moons Io and Titan - and to the realization that they must unite to defeat a force greater than both of them. It's a pretty good setup, if for no other reason than it means you get to enjoy seven types of terrain, each with its own distinct look and particular obstacles and hazards. And the narration between missions gives the whole affair a decidedly personal touch (though it does get a bit too melodramatic now and then).

But what really makes Battlezone so special is the way it blends the adrenaline rush of first-person action games with the strategy and resource management of Red Alert (or one of its imitators). Sure, you'll see plenty of combat from the cockpit of your tank, but personal victories mean little or nothing in the grand scheme of things. At the same time that you're on the lookout for roving Russians, you must launch an extensive construction program, starting by guiding your Recycler to a geyser where it can draw power. The Recycler converts scrap metal (collected by Scavengers) that's used to build everything from tanks and turrets to factories, armories, and power plants. Once you've manufactured offensive and defensive weapons, they fall under your command: Although the game's AI means they'll always attack nearby enemies, you'll need to give them specific assignments to maximize their firepower and range. If that weren't enough, you can jump from your basic tank and hunt down enemies with your plasma rifle or take control of almost any vehicle - from the utilitarian tug to the havoc-wreaking bomber.

Not every mission involves constant construction. One mission is a solo outing where you must use a sniper rifle to kill a Soviet pilot and commandeer his ship for a spy run; another actually penalizes you for overbuilding by allowing the Soviets to reach the objective first if you waste time amassing a heavy firepower advantage. For the most part, however, you can expect to be constantly cranking out various units and structures while blasting enemy forces into proverbial space dust.

Having this much control laid at your feet could be a major pain in a game using a first-person perspective, but the Battlezone interface is so well designed that after just a few hours of play it's as comfortable as a pair of old jeans. With just a little practice you'll be able to zoom toward an objective while sending reinforcements to a trouble spot and ordering your Recycler and Factory to keep pumping out units.

It's hard not to compare the resource-management and construction facets of Battlezone to those in the Command & Conquer games: Recyclers have pretty much the same role as Mobile Construction Vehicles, Scavengers work like Harvesters, Factories produce offensive and defensive units the way War Factories do - well, you get the idea. But hey, if you're gonna nick an idea or two from somewhere, those C&C games are a pretty good place to start, especially if you're going to give the genre a whole new feel with a first-person interface. And the arsenal of weapons in Battlezone puts it in a class of its own. Howitzers can rain death on enemy bases, targeting guns "paint" a target so it can be tracked by guided missiles, Day Wrecker missiles detonate just above ground level with the power of a blockbuster bomb, magnetic "curtains" provide temporary invulnerability - all these and more lead to a huge number of tactical possibilities.

Not counting the tutorials, the single-player game includes 27 missions - 17 played from the US side and eight as the Soviets. Figuring that most gamers will want to saddle up as the good guys, the American missions progress so that you're given more to do as you get acquainted with the game; the Russian missions are supposedly aimed at "experienced" commanders, but by the time you've played four or five US missions you should be able to handle at least some of the Soviet outings.

There are a couple of cupcake missions, but they're compensated for by the inclusion of some real bears. The charm of the mission design, though, is that there's rarely a single "right" way to do things: Several options are open to you, giving you the chance to choose the one that best suits your skills and style of play. 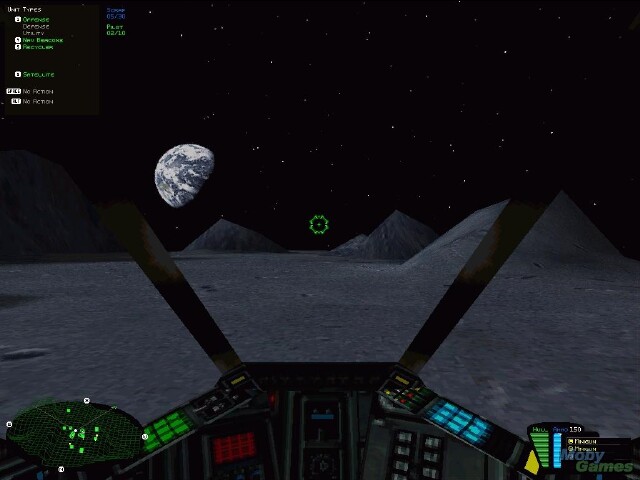 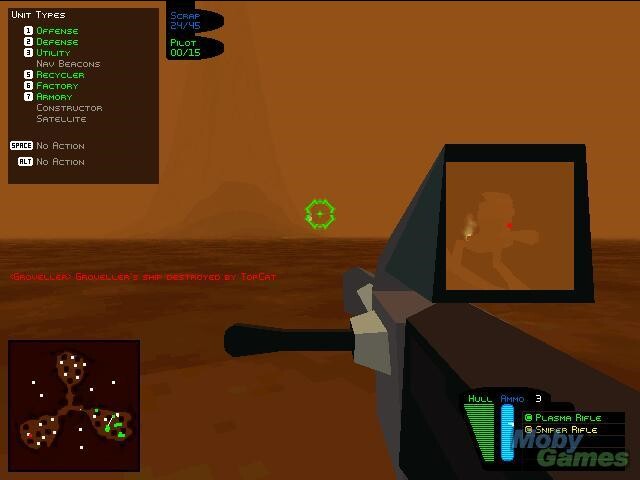