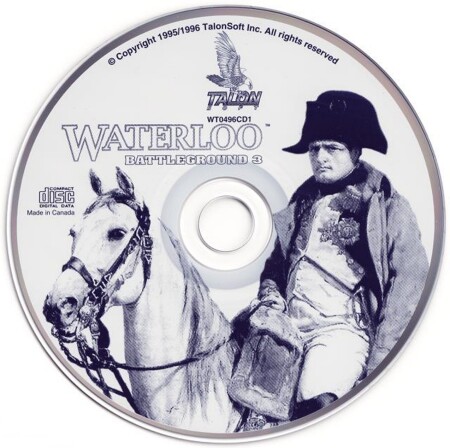 Alfred, Lord Tennyson, attempted to capture the glory, the spirit, and the savagery of military conflict in this quote from “The Charge of the Light Brigade.” Battleground: Waterloo, the third entry in Talonsoft's Battleground series, provides an even more intriguing perspective on Napoleonic warfare. Some historical games offer accuracy at the expense of looks; others have style but no substance. Battleground: Waterloo offers the best of both worlds, and throws in some great new features along the way.

The graphics in Battleground: Waterloo are first-rate. In addition to the traditional 2D perspectives, the 3D views of the battlefield appear to have significantly improved over the previous Talonsoft games. The Zoom-In modes reveal detailed units, buildings, and terrain. The music truly helps draw you into the action.

Battleground: Waterloo's interface is similar to that of its predecessor, Battleground: Gettysburg, with a few extras tacked on. One outstanding addition is the Advantage slider, which lets you make the game as easy or difficult as you like. Instead of forcing you to choose a single difficulty level, the programmers now allow you to alter the balance of the scenarios to suit your tastes. Since Battleground: Waterloo lacks any tutorial, the Advantage slider allows you to learn without becoming too frustrated. Several other features have been tweaked to allow more unit control. The combat AI is also very good, but plays conservatively and doesn't spring too many surprises.

In the end, while the Battleground series has always featured solid gameplay, this title adds a grace of play and significant style to the table as well. Battleground: Waterloo will show you more than a simple look at a battle—it will show you how a wargame can do almost everything right. 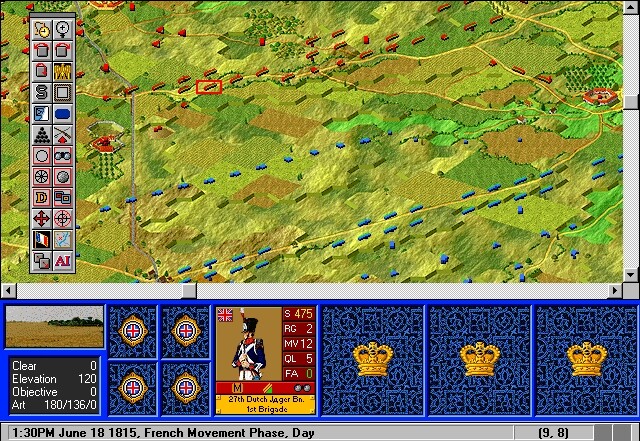