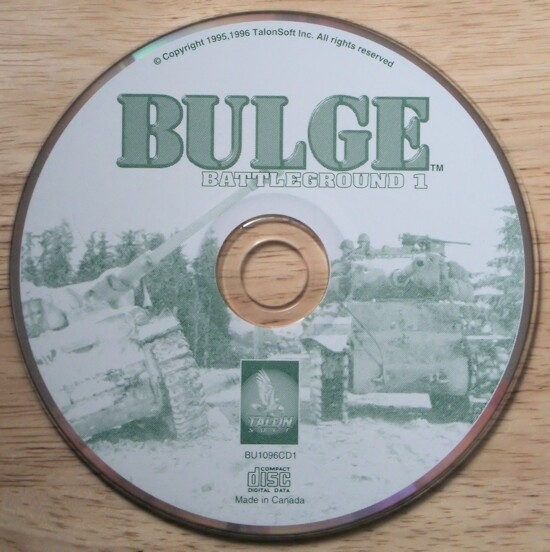 Battleground: Ardennes was the first of the Battleground Series of war games focusing on specific significant military confrontations. This title concentrates on the Battle of the Bulge from late 1944 to early 1945, presented through more than two dozen scenarios with specific attention given to three major battles. Gameplay is turn-based with each turn representing ten minutes of real time. With the wide diversity of scenarios, completion time for any particular scenario can range from an hour to as long as you need to finish (two or three days should be enough).

Maps are hex-designed, with the option to toggle the hexes on or off. In fact, the game provides ample options allowing for nearly complete customization (within pre-described limits). Gameplay is sequential and follows a strict Order of Battle that consists of six phases. In the Prep Fire Phase, unit fire is optional although automatic computer checks on the important considerations of disruption and morale of units is the key to this phase. The optional unit fire aspect of the initial phase impacts on phase two, Movement. During this phase, any unit that has not fired during phase one can be repositioned contingent upon individual movement points and terrain. Initiate opponent air fire at this time. Phase three, the Defensive Fire Phase, sees the beginning of intensive action. Asses minefield damage, the opponent's direct-fire only units have optional capability to open up and initiate anti-aircraft responses. In phase four, the Offensive Fire Phase, offers the opportunity to unleash any direct-fire units not firing during phase one to attack. Also, any air attacks initiated during phase two are resolved. The Assault Phase (phase five) allows any assault-capable units to engage enemy units in adjacent hex locations. Finally, phase six, the Mechanized Phase, allows movement of specific vehicles.

The game has five specific combat opportunities: indirect and direct fire, assault action, air support, and mine detonation. Each has specific and multiple characteristics and focuses on certain hardware. Options abound for player customization and include four levels of computer AI, multi-player modes, fog of war consideration, map zoom levels, eighteen icon "tools" for ease of operation and eighteen various terrain types with specific movement costs, line of sight effects and combat effects. Five possible victory conditions include major and minor defeats, draw, minor and major victory and are based on point values assigned to various map locations and objectives. Graphics are a cut above many war games of the era that utilize hex-oriented battlefields and contain sensibly colored icons, each easily discernible at all zoom levels. The all-important interface is well coordinated and intuitive, making Battleground: Ardennes a pleasure to play. This game is an extremely complete and nicely presented first effort in the competitive field of war gaming. 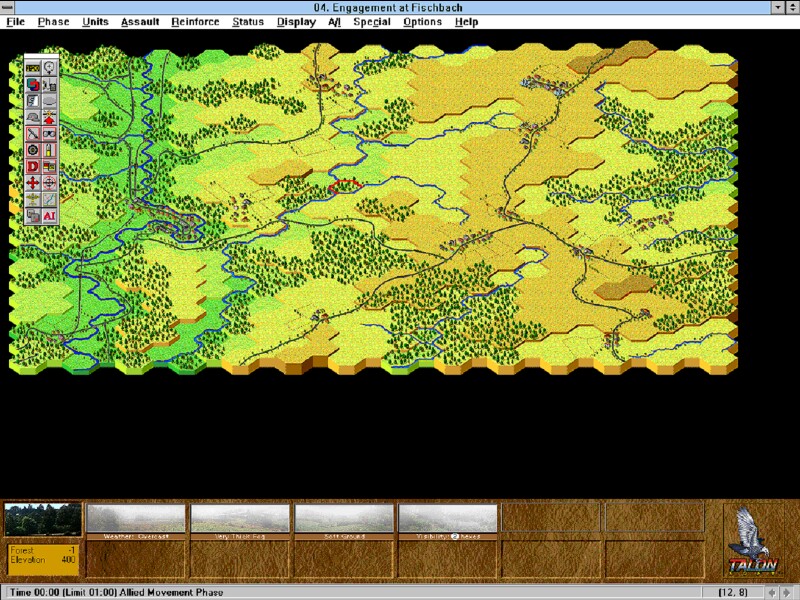