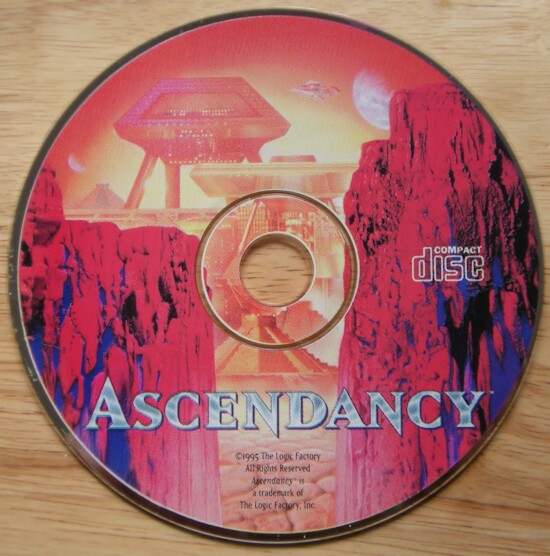 
Ascendancy is based on a strategy/exploration scheme that has already been used in several other titles, but it successfully managed to add new elements that makes Ascendancy an incredibly addictive game.

Before you start a new game, you can select several options that will alter its course. The universe size ranging from very sparse to very dense and the number of species will both affect duration and difficulty. With a choice of five to seven species at start among a total of 21, Ascendancy will provide you with enough randomness to ensure you that a game will never be the same; but if it is the case, you would be so lucky that you should buy a lottery ticket right away! Yet, you are not finished with the options as you must also choose the galactic atmosphere between peaceful to hostile conditions passing through neutral status.

The choice of the species is interesting as each species has a special ability you will discover only once you started a new game. Of course, you are free to start the game with one species, read its special ability and restart until you find the species which you think has the best ability to win over the others. I didn't try this and rather, I picked up a species without even reading the description and started up the game. I'll find out about the others when I start another game, and this is how the designers intended the game to be played with.

Your empire only starts with one planet, your homeworld, which you can see on the Galactic screen next to your flag. Starting from your homeworld are several star lanes which provide the only way to travel in space from one star to another. For the moment, however, you don't have the necessary technology to build starships and colonize other worlds. First, you must build factories, increase your population and start research. The planet is filled with colored squares of five colors. The red improves industries, the green helps prosperity and the blue boosts research. White squares are normal without any special effects on structures while the black squares allow only one structure, the tunnels. Building structures is an easy task but requires four elements: time, space, technology level and free population. At the beginning there are only two population units. One is working (shown by the red working figure) and the other is free (represented by a yellow standing figure), this means you can build one structure. However, you can't build anywhere you like and you must choose a place contiguous to another structure.

The planet's output is determined by three elements: Industry, Research and Prosperity. The industry will accelerate building times and thus will increase your productivity. Your population needs space and specific structures to grow, and you must ensure you always have free population to continue further development on a planet. But there is no development without research, and you must continuously support research to make new discoveries and improve your capacities.

Once you acquired the knowledge of building shipyards and ships, you will start designing your fleet. In the beginning, you won't have enough technology to create a very powerful vessel, but at least you will be able to colonize worlds and maybe find archeological sites. There are five ship components: Generators, Engines, Weapons, Shields and Specials. The generators are the most important elements of the ship as they provide power to all the others. The performances of the various components depend heavily on the state of advancement of your research, and you will have huge armed vessels only if you maintain constant efforts for research.

Throughout the game as you will meet new species, war will be inevitable even if you are the most pacific being in the universe. Because of strategic plans, or because you become too dangerous for one or several species, you will be forced to attack other colonies or protect yours. The protection of your colonies goes through a variety of orbital and surface shields and other defensive weapons such as the missile bases. If you have no ships in the vicinity when you are attacked, you can only increase shields or try using cloaking devices to avoid invaders on the planet. The best method is still to have one or several ships around to impress your opponent and provide a strong resistance to the attack. With the adequate technology level, you will have the choice of different sizes from small to enormous for your ships. The size will limit the number of components you can fit inside it and your choice of components must be judicious as some of them are expensive to build, consume a lot of energy or have short ranges for example.

Ascendancy is a great game that will rob you of the passing hours. 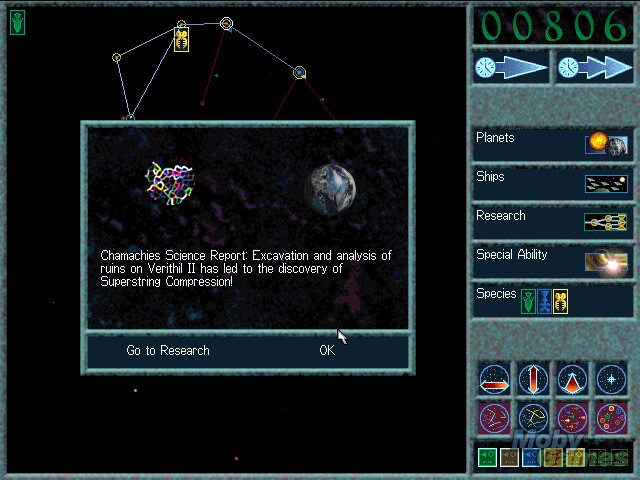 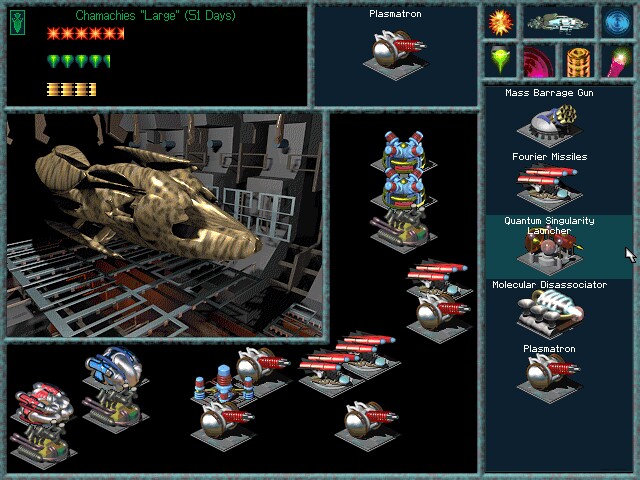