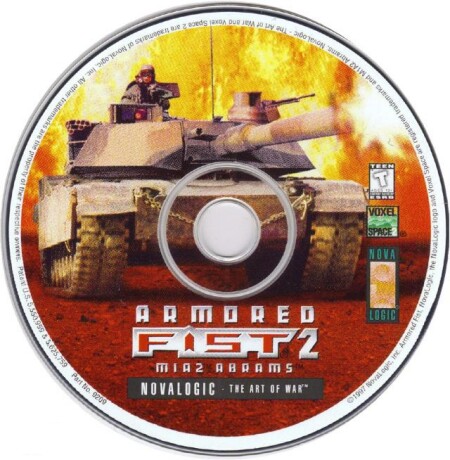 
Armored Fist 2 training kicks off with four classy introductory videos featuring a serious Robert Duvall-like Marine captain. Following each clip is a beginners' mission hosted by a strict but comical drill instructor who rants "Blood makes the grass grow," and "You eat concertina wire and piss napalm." Next, the player faces 40 progressively harder missions in five campaigns, conquering renegade Russian arms smugglers, escorting UN peacekeepers through a rebel-infested Congo, and battling the usual Iraqis and other foes. The campaigns constantly challenge, the missions maintain pace and action and the new tank commander learns deadly skills as Echo Company "kills the people who deserve to be killed." A refreshing post-cold war feel envelopes the player as the M1A2 helps shape a new world order with modern weapons systems and sheer force.

I was afraid that like with so many other sims, the player would have to weed through text-laden toolbars with endless menu commands in order to master control of a complex killing machine like the M1A2. To my surprise, operation was very user friendly. The reason for this is that Novalogic has incorporated redundant controls into the view screens. Most views present some form of the gunsight, overhead map, damage/threat display and weapons load. One can command, fire, drive and load from virtually any position. During the throes of battle, tank commanders can worry about strategy instead of rummaging through text.

Directing the four individual tanks in one platoon demands patience. Coordinating 24 tanks in the final mission, "Big Honkin' Land War," is a challenge for any commander. Stay back and plot waypoints around land mines and tank traps, call in airstrikes and artillery, or succumb to the temptation to abandon tactics and jump into the fray. The good part is that after being destroyed, one can simply hop into another tank and hopefully finish the mission.

The crew members conversed in discernable accents about weapons loads and targets, stirring panic, sadness, or courage according to the situation. At times when the enemy gained significant ground, one terrified crewman screamed, "Do something!" This type of well-executed speech was often missing from mid 90s games.

While the ground AI did not behave as PhDs in Military Science, they certainly obeyed orders well and fought valiantly. In fact, had the tank AI used smoke to cover themselves, they would have outperformed me on more than a few occasions. The air AI could use a few more hours in cadet school. Dragon squadron—the same suicidal Apache squadron as in Commanche 3—insisted upon rushing into the center of the action and attracting fatal fire. I chuckled once after I spotted my desperately awaited air support arrive, only to hear "Echo lead, this is Dragon Six—Mayday! Mayday! We're going down." To compound the struggle for air superiority, the tank commander can only call one Apache or A-10 at a time, the maximum number of aircraft per mission being three. As for the enemy side, I downed SU25s and Hinds with modest effort. In general, the AI did not seem to fully comprehend danger spots, smoke masking, and terrain cover. But, then again, they are AI.

Armored Fist 2 is a solid, enjoyable game that projects a clear picture of tank warfare, for both sim veterans and civilian gamers alike. Considering myself a choosy gamer, I spent hours immersed in the Armored Fist 2 campaigns 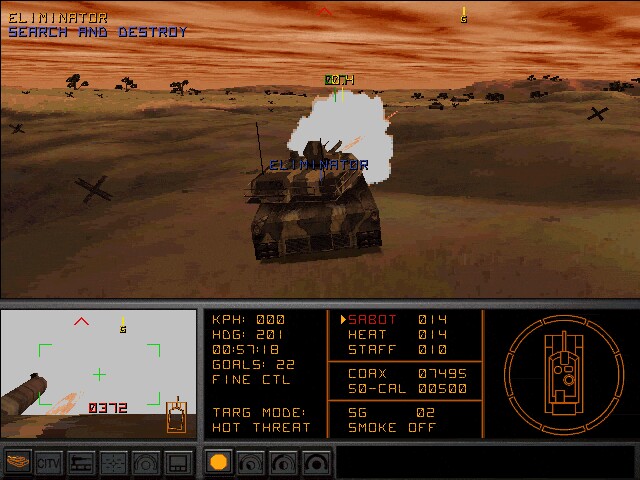 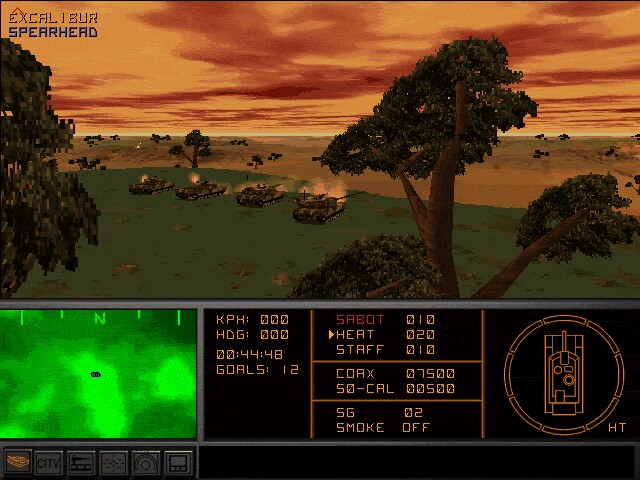