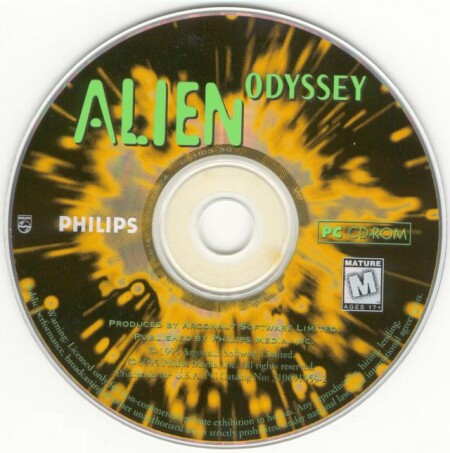 Speeding through the forest on a hover-bike, dodging laser fire and avoiding those pesky tree trunks. This combination action, flight sim, and Full Motion Video game is an excellent way to experience many game genres all in one outing.

You play as Psaph Abal, a member of a future race, whose craft is stranded upon a distant planet while seeking new realms and knowledge. As you emerge from your wrecked space pod you encounter a strange alien being chased by some evil-looking robots. You can sense that the alien is being victimized and you quickly hop on a speed bike that has lost its pilot and chase after the alien, blasting the robots with your laser pistol.

This bike chase through the forest is the first, and in my opinion, best, part of the game. Though there is not much variety in the simulation at this point (you simply aim the crosshairs and shoot the baddies), the great graphics and incredible FMV sequences that intersperse the action more than make it a great time. The path you take is never the same and there are countless FMV's to discover.

Once you have evaded the nasty robots, you are treated to a long cinematic sequence in which you learn about Psaph's origin and the groundwork for the plot is laid down. The alien race (of which your new friend Gaan is a member) is constantly attacked and harassed by the Dak robots (whom you have just been battling). In exchange for helping you rebuild your craft and return home, the alien leader enlists you in a mission to destroy the Dak and end the aliens' suffering forever.

You and Gaan infiltrate a Dak base that night and this plot point heralds the beginning of the 3D section of the game. Once inside the base, the game shifts into a engine similar to the Sierra Online games of the early 1990's. You control your character from a third person point of view and must wander through various tunnels and walkways, picking up items and solving puzzles. The only difference is that Alien Odyssey is rendered in 3D, so your character can pivot in one place, as well as duck and jump. Argonaut also added real-time fighting so that you must shoot at wandering guard bots while you attempt to make your way to the lower levels. The only complaints I have about this section of the game are that sometimes it is tough to position your character exactly in the place he needs to be and often it is difficult to make out what exactly is on the screen (i.e. seeing that something must be ducked under). This can get a bit frustrating, but the more you play, the more you become attuned to the interface and control of the game.

Eventually you arrive at the mine shaft, which you must navigate in a small craft in order to reach the Armory. This section of the game reminds me of Descent , though it lacks the full 360 aspect (you are going in one direction only). As your ship barrels down the tunnel you must fire at enemies and bank to avoid obstacles.

Once you arrive at the armory.... well I don't want to spoil it. Alien Odyssey is a game I would definitely recommend, especially for those who enjoy lots of FMV. Not a big fan of games that rely on too heavily on cinema, I still enjoyed this game for its incredible variety and all around fun. 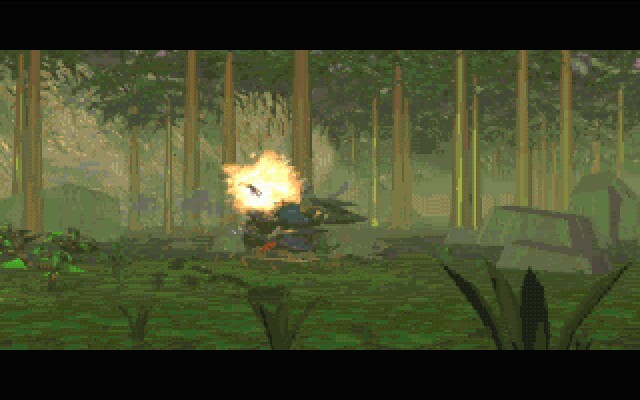 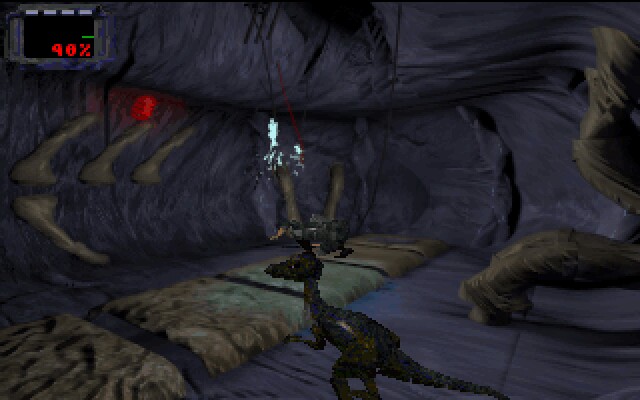