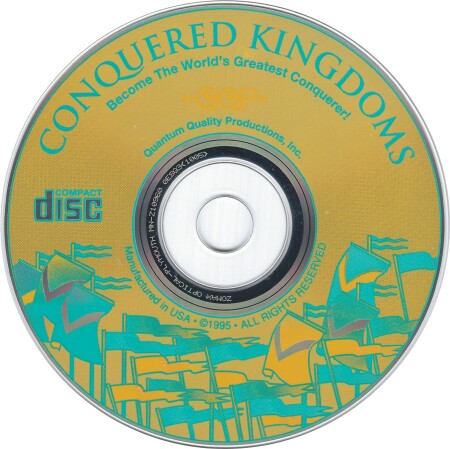 
Conquered Kingdoms is a solid attempt to create a new world in the land of fantasy. The major focus of the game is at the strategic level rather than individual unit tactical maneuvers. You do have to control your troops as to location and if there are multiple enemies to attack you then choose which to go after but the computer determines the actual winner of every unit engagement. Nearly everything important to the numerically based bottom line of winning in the game is rated in value. For example, towns, villages, castles and the intrinsic worth of resource ownership all play a huge part in the computations that determine the difference between winning and losing.

The objective of Conquered Kingdoms is simply to finish the game with more points then your adversary. But don't let the simplicity of the objective sway your opinion too much since the heart of the game is in the tough strategic game play. There are many options available to you at the beginning of each game and early choices have a bearing on the direction of your fortunes. The commodity of resources is probably the single most important aspect of the game although its importance in the early stages doesn't compare to its worth later on. In order to expand your army and conquer kingdom after kingdom, you'll have to own castles, which allow you to recruit more and more soldiers of all types, which allows you to conquer more kingdoms and so on. The interface in Conquered Kingdoms is easy and very intuitive. Graphics are overly simplistic and the viewpoint is from a top-down perspective with an oddly slanted view of objects like towns and castles. By far, this lack of a visually stimulating landscape is the number one gripe about the game. The game screen is a scrolling map, quite colorful, but lacks much definition or texture. The computer does a great job of keeping track of all the numbers generated by occupying castles, defeating enemy armies, and recruiting additional fighters. It even provides charts and graphs at the end of play to illustrate your progress or lack thereof in calculable statistics. Each unit of fighters is rated with movement points and an underlying strength or weakness that firmly ensconces it within the scale of effectiveness. There is a definite pecking order and most units do have some level of vulnerability.

The fantasy aspect is fun with plenty of unusual creatures dotting the landscape as well as a full array of trained soldiers (archers, cavalry, knights, etc.). But the feature that stands out the most in Conquered Kingdoms is the unbelievable customization option of twenty-one, that's 21, levels of difficulty. Start easy and build your way up to the level of your competence. With this flexible feature, the game appeals to players of all levels. The size of game is fully adjustable as well with kingdoms ranging from sixteen to a hundred or more per game. If you like good strategic situations, Conquered Kingdoms is worth a look. 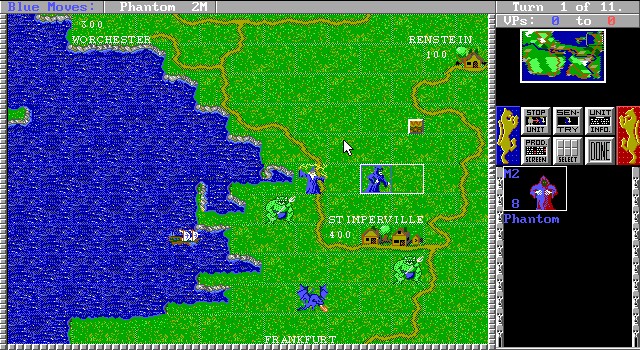 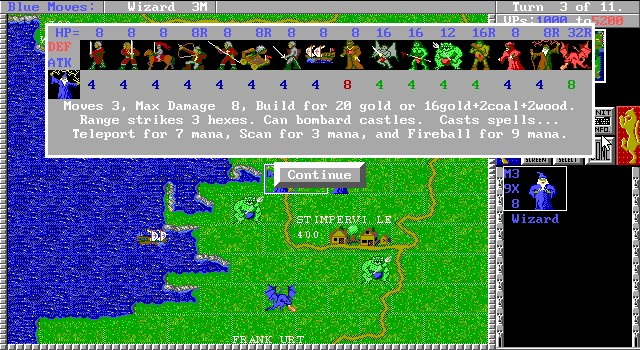