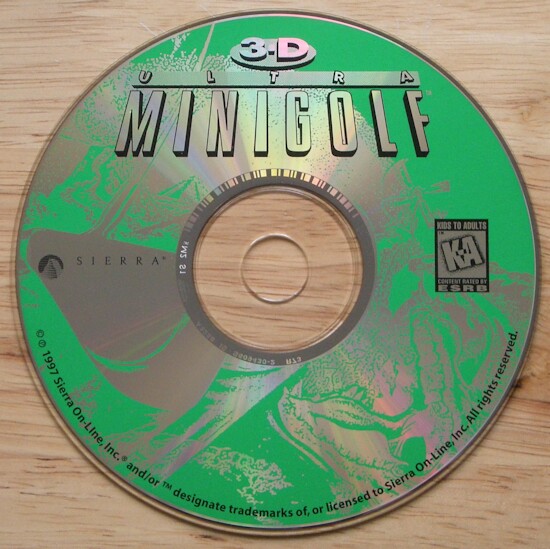 
With Sierra 3D Ultra Minigolf you get 9 of the holes you'd expect - the Windmill, the Lighthouse.... and then there are the others. You can play on the moon or even travel back in time and play with the dinosaurs. Whether you play the front nine, the back nine, or the whole course, it is a lot of fun.

There are 3 different ways to play the game. Normal play is like the minigolf we know and love. You have the option to play the front nine, the back nine, or the whole 18 holes. There's Hole-By-Hole play, where you choose which hole you want to play, and play just that hole. I found this option useful when trying to find the hidden secrets in the game. And believe me, this game is loaded with cool secrets. And finally, there is the Race Play. This is where the number of shots doesn't count. It's you and the counter; you have to get that ball in the hole as fast as you can to get the best score. This was the most fun out of all the 3 types of play.

The easiest way to putt is (no guessing, now!) Easy putt. All you have to do is line up the shot, then click the mouse button until you've got enough force for the shot, let go, and hope for the best. The other option is a new one called True Putt. It is featured in FPS: Golf. I find it much more realistic. First aim your shot, then Click and hold the mouse button while pulling back on the mouse. Then quickly shove the mouse forward to get the force you want. The slower you push forward, the less power in your shot. This option takes a bit of getting used to, but if you practice on the Practice hole, it is easy to learn.

As I mentioned earlier, this game is full of hidden secrets that help improve your score. If you know where to hit the ball, you're (almost) guaranteed to get a hole in one, every time! Well, maybe not every time, but you'll notice those 1 or 2 over par coming up! For instance, in the Jungle Ruins hole. This one has a par 5. Well, if you hit it into the opening and closing doors in the temple on your first shot, (a tough shot) then your ball will appear right in front of the hole! Or even better, if you hit the tiny, almost unnoticeable bird sitting quietly in the corner, it will grab your ball, fly it over above the hole, and drop it, giving you a hole in one! But if you try this again, it may not always work, so be careful! Keep looking for these fun secrets, they're hidden in almost every hole.

Another fun aspect of the game is the voice-overs. When you start the game, a very comical character introduces you to the round, naming the game and the par. Then when you start the hole, it gives you a few pointers to where you should consider shooting your ball. If you get a penalty stroke, they make sure you know about it, and occasionally rub it in your face. I always found them all amusing, and often found myself laughing out loud at what they had to say. "Hey blue, get a clue!" is what they might say when it is the blue ball's turn when you are playing with more than one player.

Now for a bit about the rules. Each hole has its own par. The first holes are par 2, and then gradually they get higher, up to a par 5! If you hit your ball out of bounds, or something grabs your ball from you (like the octopus in the Neptune's Kingdom hole, or the Spider in the bugs hole) then you get a penalty stoke, which is 2 points added to your score! This can be frustrating, but it all adds to the fun of the game.

If you like going to the minigolf course with a few friends then you have to get this game. Invite a few of your friends over, or gather up some family, turn on your computer, and get that mouse ready. This game is awesome and is tons of fun. 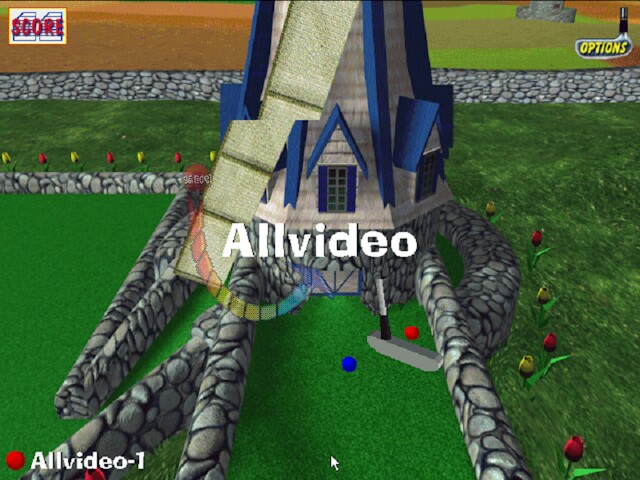