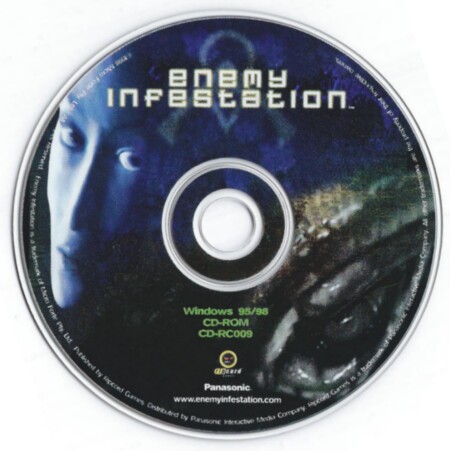 The Game
If you're a fan of the X-COM series, Jagged Alliance, and other squad-level games of the late 90s you should check out this surprisingly good title. It has a few shortcomings, but Enemy Infestation is chock-full of challenging and addictive alien butt-kicking goodness.

The game takes place on the planet of Redavi, where a small group of humans has founded a colony despite the hostile atmospheric conditions. Everything on Redavi is going along fine until a small meteorite lands - a meteorite that turns out to be the escape pod of an alien race desperate to flee a dying planet. It soon becomes apparent that coexistence is not a word that these creatures understand. So over the course of 26 single-player missions, you must lead your small and ill-equipped band of colonists in a life-and-death struggle against the alien menace.

Most of the missions are well designed with nicely varied and (in a sci-fi sort of way) believable objectives. Also, several of the missions include multiple objectives, some of which become clear only after you achieve your initial goals. For example, on one mission you must rescue your commander before the aliens suck the life out of him, since he's the only guy who can call for help. Once he's revived, you have to use him to call in reinforcements before you go after the rest of the alien horde. Other mission goals include luring the aliens into a deadly ambush and researching new weapons technologies for use against the slimy menace.

The graphics are generally quite good for the time. Though the game uses only seven level maps, the detail level on those maps is excellent, and the overall level design is impressive. The isometric view allows you to see the goings on in any room your people occupy, as well as those rooms just recently vacated. Rooms you haven't entered yet remain hidden to you. The colonist artwork is good, though they look rather generic next to the aliens (who look great).

Gameplay is somewhat similar to a squad-based, sci-fi Diablo. You select characters and then click on a destination or a target. You can group your colonists and equip them with environmental suits to avoid all sorts of nasty situations. Occasionally, you can also manipulate items like computer terminals and lab facilities to achieve specific goals. All the while, the aliens are not only gunning for you, they're multiplying. So the longer you take to accomplish your mission goals, the tougher your task will be.

One noteworthy feature is the fact that you rarely ever lose a colonist. So long as one character is left alive and conscious, he or she can always drag other colonists to a medical bed to revive and heal them. You can also order your characters to hide, which renders them invisible to most aliens. Another positive is the ability of some characters to lock doors. This allows you to seal off certain routes and control the aliens' movements.

Overall this is fun game. There is a lot of strategy involved in stopping the aliens. Not only are they smart and strong, but they grow fast and evolve even faster. While the graphics were not top notch, the details made up for that and supported the game a great deal. The sound was good, and the comments made by the characters were pretty cool. The bottom line for this game is fun and requires a lot more than a fast trigger finger. 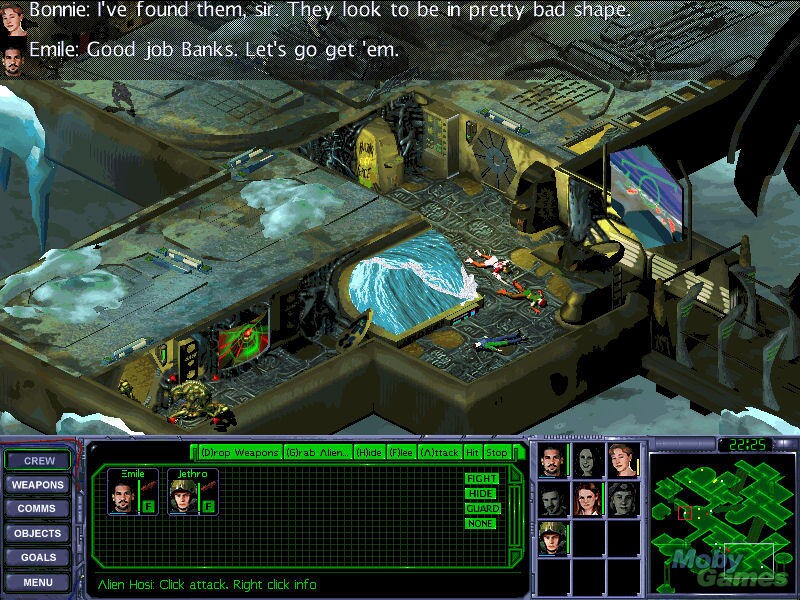 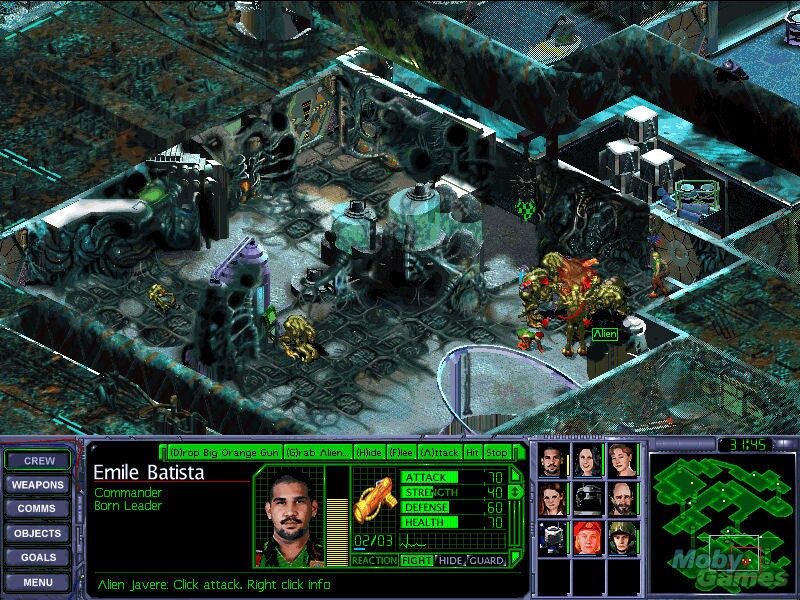