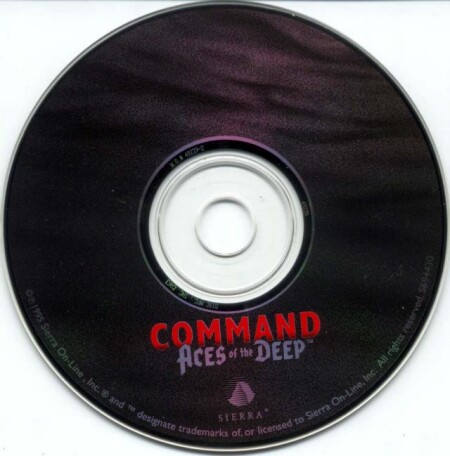 
First released as a DOS game in 1993, Aces of the Deep quickly established itself as my favorite subsim. AOD was upgraded and improved in 1995, released as Command Aces of the Deep. It is intended as a historically accurate WWII U-boat simulation, with very little left out. Where many sims have one foot in the game category, Command Aces is pure sim. The three mission formats, single, historical, or the challenging career mode are present. You can start off at the outset of the war and you'll be assigned a Type II boat with meager capabilities and range and only two forward tubes (six torpedoes). But the escorts are none too intimidating at this point, so your deficiencies are nicely balanced. From September 1939 until well into the early forties you'll encounter many lone merchants--easy pickings! But in perfect accordance with historical precepts, from 1943 on the going gets tough and the convoys are well escorted by destroyers and corvettes with radar. In May 1943 you will be besieged by radio messages from fellow U-boats telling of attacks by aircraft and destroyers (Attacked by aircraft. . . sinking. . . U-344), and you get the sense that now the hunters have become the hunted.

The graphics are good for its time, especially the sea motion. Large rolling swells rock your boat. The enemy ships are well-rendered (see drawbacks below for more), and can be picked out easily at night. The moon and sun rise and set accurately, and you can play the moonlight to your advantage. German torpedoes were fairly powerful and accurate (except a brief interlude early in the war). Other nice touches abound. On board is a phonograph, as in Das Boot, allowing you to treat the crew to a wide selection of standards, including "Tipperary". The Aces of the Deep theme is a very rousing piece of music of itself. A chart of the boat illustrates the condition of the vital equipment. You can opt to have the crew speak to you in German or English, and their inset photos look very authentic. One crew member is a bit worrisome, demanding you surface the boat whenever the first damage occurs.

With the Command version of Aces, you have: control of your deck gun; access to the Med (slipping past the British at Gibraltar is tough!); you can obtain a Type XXI elecro-boat, available upon promotion; and voice recognition. Supposedly you can set the program and issue most orders verbally. It's a nice thought but I couldn't get it to work reliably. As things began to get critical, my "Crash Dive!!" and "Set Course 3...4...6!" orders were met with a quizzical "What's that, Herr Kapitan?" Usually the game would end right there by ramming. Thankfully you don't need to know German to swim.

You have the whole Atlantic, North Sea, and Gulf of Mexico to hunt. Once you cross a convoy, the escorts are very alert. You can try to run in their midst, a la Kretschmer, but these corvettes will come barreling through the ranks after you. And as in real life, once they force you down, your Type VII or Type IX pokes along at 4~6 knots. You'll take a real beating. Occasionally in the career mode you'll be part of a wolf pack and some of the other U-boats will draw off some of the heat. In the single mission you can specify a wolfpack and work this to your advantage. And you'll get a surprise when at a certain point late in the war a plane drops its bombs after your crash diving sub and your sound man reports the high speed screws of a homing torpedo! If you are fortunate enough to be awarded a Type XXI U-boat, you get a taste of what almost could have been. The capabilities of the German's advanced submarine, built late in the war and too late to become operational in large numbers, would have staggered any hunter/killer group. Most aspects of the game are historically faithful and realistic, with the exception of the chart/map view. As in Silent Hunter, you can get way too much information from the map, and using it to plot attacks is a cheat that takes a lot of the work and risk out of the sim. Use it sparingly, and be glad it's just a sim.

Defects are slight when compared to the level of realism and atmosphere present in Command Aces. Examples: As you cruise to your assigned patrol zone, from time to time it is wise to slow to one-third and dive to periscope depth. Occasionally you will be rewarded by picking up the sounds of a distant convoy that U-boat command is unaware of. Another example is the intensity and visual realism of enemy shelling. If you attack on the surface, an enemy corvette will try to close the range and fire its guns. The shells can be clearly seen arcing their way to your boat. The misses will send up powerful steeples of water and spray (much better than, say, Fighting Steel). Time to go deep, eh, Herr Kapitan? Surface near a battlegroup and the skies are filled with bombastic display of gunnery and you're the target. Aces makes fighting fierce. The enemy AI is awesome at 100% realism. Take too much damage and the game becomes a struggle to stay above crush depth. It'll take every trick you've ever read about to survive.

It's obvious by the amount of attention to historical detail that this sim was a labor of love. Other features are included that set this program apart from every other subsim of the era:

Vehicle Preview -- computer rendered images and stats of all vessels.
U-boat history -- a comprehensive history of the U-boat wars including videos.
Maps -- Atlantic sinkings are marked, along with significant battles.
Interviews -- several U-boat commanders, including Otto Kretschmer, are featured in video.
Photo tour -- inside and out, pictures detailing a Type VII U-boat.

Command Aces of the Deep was the first really good submarine simulation I ever came across. CAOD was leagues ahead of the competition at the time of its release, holds its ground years later, and is a shining example of a subsim done right. It is one of the few sims whose rating hasn't slipped as newer and better sims have been created. 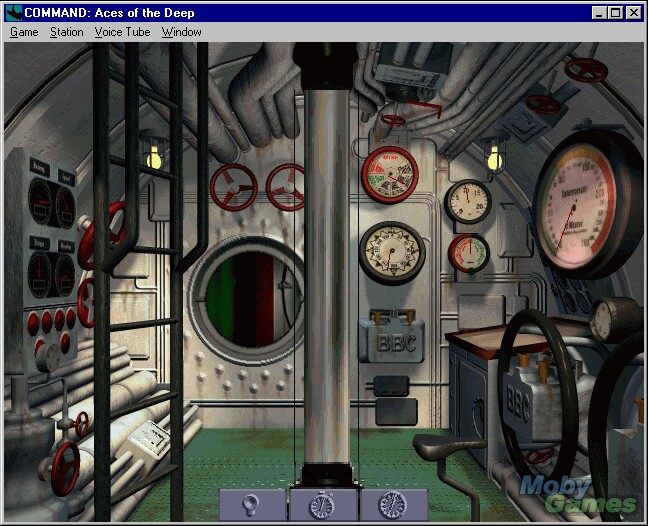 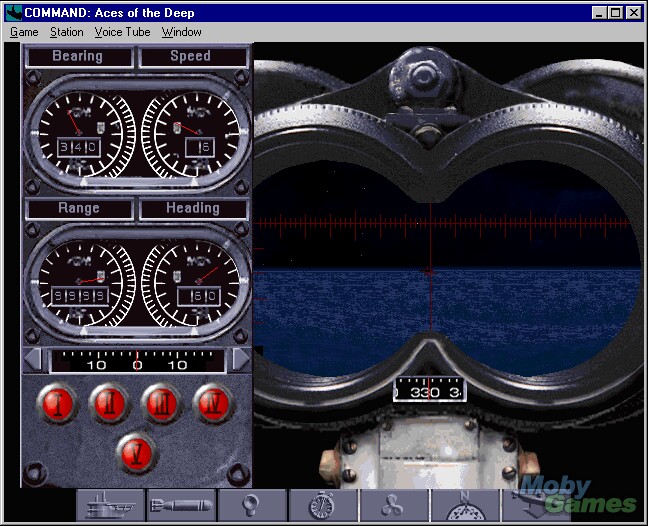