In the mid 90s, if you were a serious armchair pilot or an arcade maniac who likes to blow the hell out of anything and everything in existence, Apache was the game to play. This helicopter combat simulation lets you conquer four different theaters: Fort Hood, Cyprus, Yemen, or Korea.

In Fort Hood, you will learn the basics of helicopter combat. The other areas are full combat arenas where your training will pay off. In Apache, you can choose to fly single missions or opt for a full campaign in any of the three combat regions. A variety of mission types—ranging from escort to search and destroy sorties—can be flown in varied weather conditions and at different times, even at night.

Compared to other games of the period Apache looks great throughout, featuring crisp graphics that accurately portray the surroundings. Apache's gameplay is enhanced by a switch that allows players to toggle between a realistic flight model and an arcade mode. This feature lets gamers who want the thrill of low altitude destruction to jump into the cockpit and, within minutes, start filling the skies with hot lead and missiles. The realistic flight mode gives serious pilots the accuracy they crave, and is based in part on the flight experience of actual helicopter pilots. 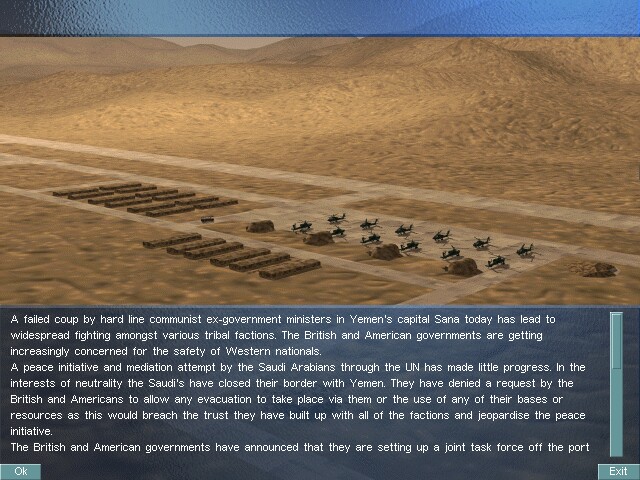 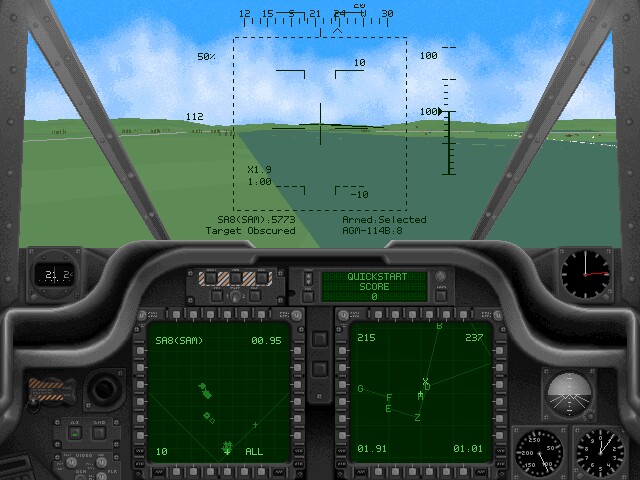 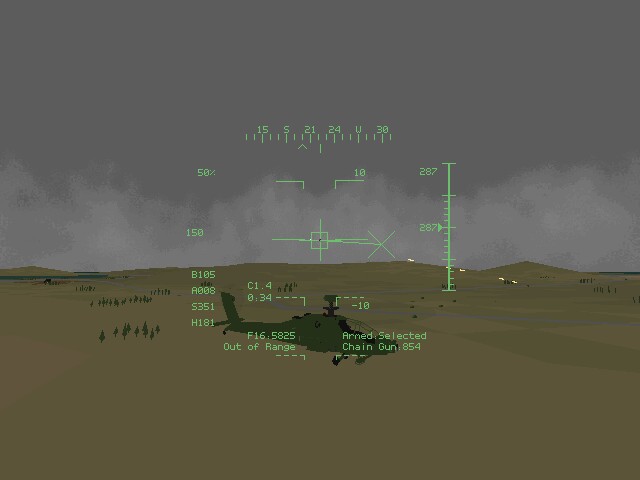