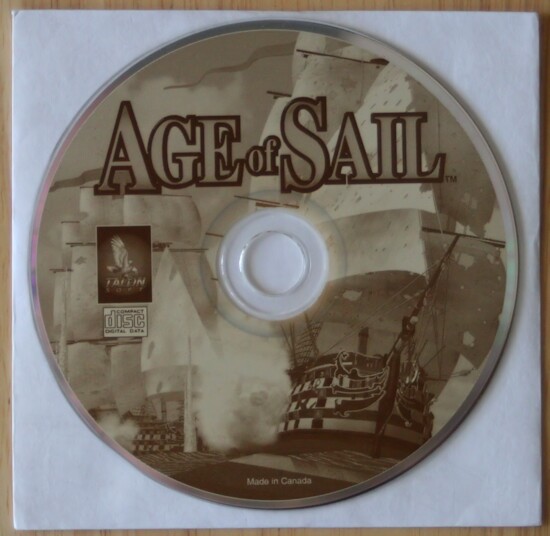 
Naval combat in the great age of sail was considerably less romantic than it's been portrayed to be in C.S. Forester and Patrick O'Brian. War - conducted from wooden ships under canvas sail, loaded with dozens of heavy iron and brass cannons firing iron shot at each other - was a blood-soaked, confusing, messy affair. There was an element of grace in maneuver and command, but more often than not ships slugged at each other like punch-drunk boxers until one surrendered, fled, or was shattered. A large, first-rate ship could pack 100 40-pound guns and carry a crew of 800 men. At any one moment 50 of these guns would be firing solid shot, chain shot, or grapeshot into an enemy full broad-side, shredding sails and splintering wood. Sometimes it took 100 such broad-sides to sink a large ship.

All the elements of tactics, luck, brute force, good leadership, and the vicissitudes of weather and sea are part of TalonSoft's flawed but fun Age of Sail. AOS marks TalonSoft's first foray outside of their successful (but also flawed) Battleground series, and it while it retains many of the elements that made that series such a hit, it departs notably to create a more accessible and playable sim.

The first place Age of Sail goes in a direction is a big one: it's real-time. Wargamers like to complain about real-time games, but AOS uses it quite well, with a pause button and several speed settings so you can set the proper pace. You always have enough time to make a command decision, and the real-time element captures the maneuver-heavy natures of naval warfare better than phasing ever could.

The game features sharp, high-res graphics for the era. The zoom levels can bring you from a wide shot of the entire ocean down to an angle so close you can see the folds in the sails. The graphics are quite well done, and each of the hundreds of ships and styles is rendered in excellent detail.

A few key commands are all you need to help you steer and fire, which is pretty much what all gameplay is. You direct a line of ships to intercept and attack an opposing line or group of ships in such a way that as many of your guns as possible come to bear on as large a target as possible. Working against you are winds and seas; these are sailing vessels, after all, and if the wind isn't with you when you want to turn south, the maneuver will falter. Your tactical decisions come down to what kind of shot to use, where to steer, how to respond to threats, whether to go in with full sails and risk getting them shot to shreds, or whether to sail in under a lower-profile military sail. It's just you, the blue water, and the enemy.

The game embraces all of the great age of sail from the American Revolution to the War of 1812, with a special concentration, of course, on the Napoleonic struggles between France and England. A whopping 102 scenarios are included, with everything from minor encounters to major battles like Trafalgar and numerous navies such as the Dutch, Spanish, American, Russian, Turkish, Swedish, and the Netherlands. A full scenario editor is also included which gives you access to 2,000 ships (or so TalonSoft claims) to create just about any scenario you want.

Finally, there's a campaign game that lets you enlist as an Ensign with a single ship and work your way up to Admiral. This is interesting enough, and gives you a feeling of investing some effort into a larger purpose rather than just fighting a bunch of little battles. All in all Age of Sail is a worthwhile game for any nautical buff or someone interested in the style of mid 1990s Windows gaming. 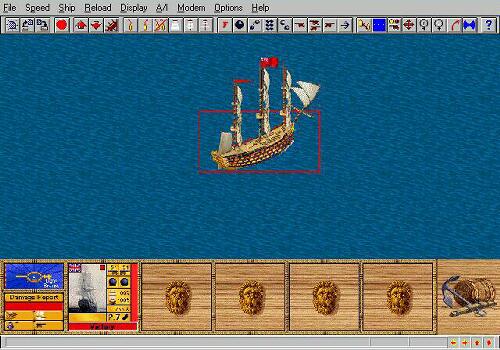 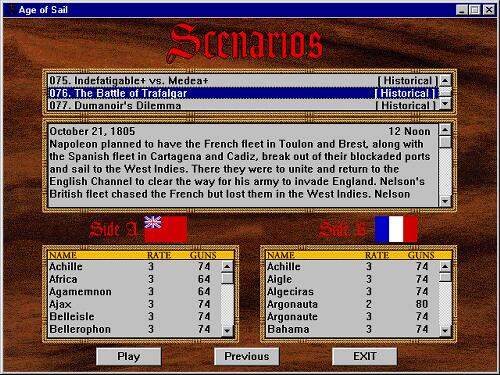