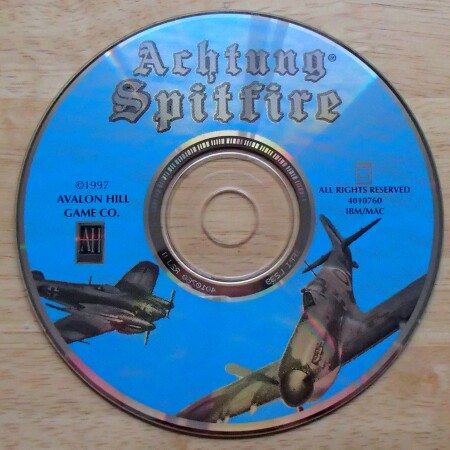 
It has been said that airpower alone can win neither a battle, nor a war. Only through the occupation of territory by ground forces can victory be achieved. Yet in 1940 a battle raged over the skies of England as the Royal Air Force sought to defeat the German Luftwaffe. The prize was Britain, for if the battle in the air were lost then Operation Sealion (the seaborne invasion) would commence. In this case airpower alone did indeed win a battle, and had a profound effect on the war.

Achtung Spitfire by Big Time Software recreates those days, along with the early air battles of World War II. It is the sister game to Over the Reich, and in many ways a type of prequel. While OTR covered the period from 1943 until 1945, Achtung Spitfire covers 1939-1943. You can fly for Germany, France, or England in several campaign modes and scores of scenarios (including the ability to design your own, much like the quick mission generator in Jane's Advanced Tactical Fighters).

Those familiar with Over the Reich will find that Achtung Spitfire fits like a glove. Even if you're new to the series, the interface is one of the best seen in a wargame. Everything can be accomplished by a few clicks of the mouse and the setup is quite intuitive.

The major change from OTR takes the form of the way the campaign for Britain unfolds. You assume the role of a squadron commander for either the British or the Germans. If playing as a commander for the British, you are in charge of defending southern England from the Germans. This is accomplished by deciding how many fighters to send up, how many should be on call, and what raids merit your attention. Juggling which pilots to send up also adds to your duties, as pilots have individual skills and suffer fatigue. As a German, you command a squadron of fighters and also have control over a group of bombers. Your task is to decide what to raid and in what force.

Obviously there's a lot more to Achtung Spitfire than simply moving armies into position like most wargames. In fact the sheer number of factors involved is what sets this game apart. Let's face it, most wargames boil down to equations: Results are determined by attack strength in ratio to defender's strength and modified by terrain. The tension sometimes is simply not present ("Oh no, I wonder if my panzer division can defeat your scout platoon?"). Achtung Spitfire creates a wonderful sense of tension, which translates into an exciting game. Knowing the numbers is simply not good enough here; you need to be aware of many factors. How good are your pilots? How quick can your planes turn? Dive? Should you fire a quick burst or blaze away? The engine is on fire... do you ditch the plane or hope it lasts a few more turns?

Luckily you don't have to confront all these circumstances at once. A graduated skill system allows you to choose just how much realism you want in a game, from a simple game where blind spots and altitude don't play a part to a game where the physics of flight are as important as knowing your enemy. It's a shame more wargames don't include this feature instead of dumping everything on you at once.

Achtung Spitfire is a wargamer's dream: dozens of scenarios, an excellent AI, a scaleable skill system, intuitive interface, multiplayer capabilities, and the list goes on. Throw in gameplay that makes you sweat bullets and causes you to think in terms beyond odd columns, and you have a fantastic game. 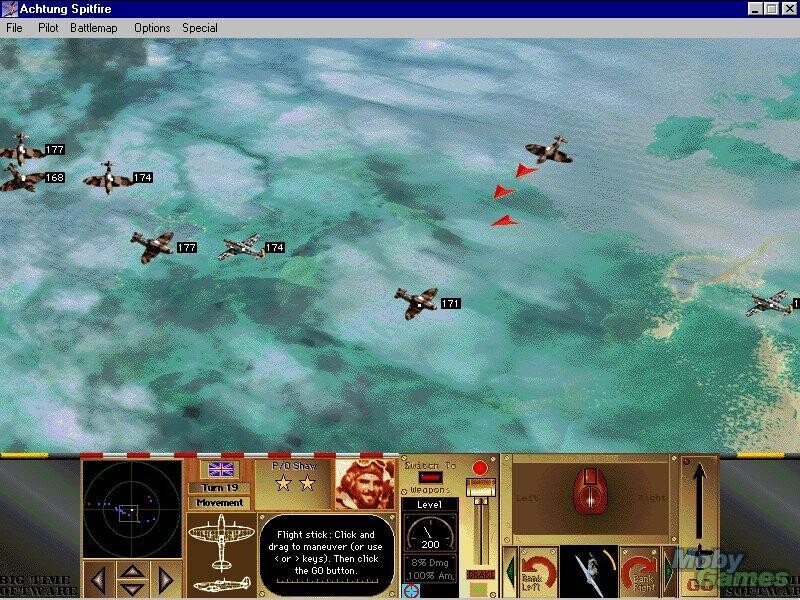 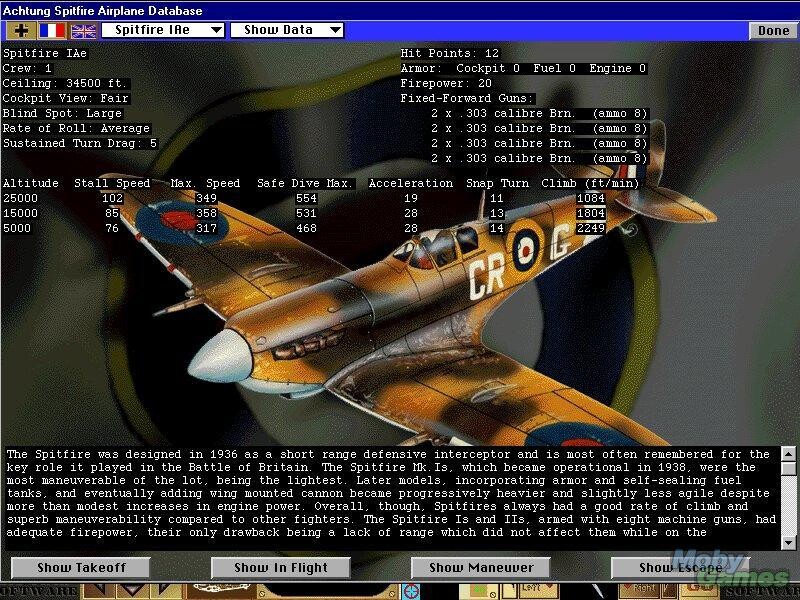