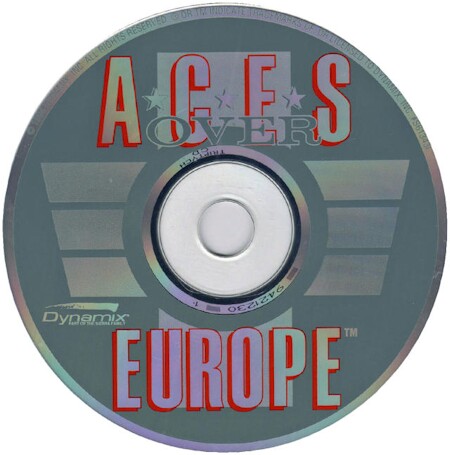 
Among flight simulator afficionados, the name Damon Slye conjures up legendary images. The author and creator of the Great Warplane series from Dynamix has brought us the megahits Red Baron and Aces of the Pacific (among other titles) and Aces over Europe represents the third chapter in the series.

Aces over Europe was Damon Slye's best work to date and included the greatest variety of mission types then seen in a flight simulator. As was then standard Dynamix fare the game included a full-campaign mode in addition to the usual one-time dogfight scenarios. The game itself is obviously one of survival -- you will begin a flying career and try to survive throughout the entire war while assisting the Allied efforts against the Nazis (or reverse history!).

You can of course fly single missions. Things like rail strikes and bridge busting are new here. You can still fly against the top aces of the theater. Germanys Gunther Rall with an astounding 275 kills will certainly give you a good fight. The lowest German ace (Adolf Glunz - 71 kills) is head and shoulders above the highest American ace (Francis Gabreski - 28 kills). This may not be totally indicative of their skill, but you can expect a great time with all the aces.

In campaign mode, you can fly for either Germany, Great Britain, or the U.S.A.. Personally I have been killed in combat more easily on the American side. It wasn't that I came up against higher numbers, but the German pilots tend to be very aggressive. Despite the strong influence on your longevity this is a wonderfully welcome addition. In some flight sims, enemy pilots behave like lemmings, just waiting for you to dive out of the sun and stitch their fuselages with lead death. Not so in Aces; these gents are crafty and very much want to cut short your flying career. In contrast to many flight sims of the era, in every single mission of Aces there was not a single cake-walk. Not one.

One of the most noticable features is the "screen shake" when you take damage. As your plane is taking fire the screen tosses about as your plane would from the introduction of several pounds of supersonic lead. There's no longer any doubt if you're getting hit. You'll know and I think it's wonderful! Hats off to Dynamix for this one! Aces was one of the first games to support the Logitech Cyberman -- an early tactile feedback joystick that vibrates upon craft damage.

Also new is the spin if you're speed gets below stall speed. I found this out the hard way. I was in a Focke-Wulf 190 chasing a P-51D Mustang. We were both low to the ground and were in a turning duel. I was starting to gain on him it appeared when I went into a spin and slammed into the ground. I didn't even have a chance to bail out. Of course I wasn't watching my air speed bleed off and down I went. Again, a wonderful and realistic addition!

Graphically, Aces over Europe offered a noticable improvement over its predecessors, particularly better ground detail, much improved airplane markings, and brilliant cockpit graphics. It also sported the first implementation of Tall-Res, a 320x400x256 graphics mode that brightens and sharpens up the textured, polygonal graphics without severely impacting framerate, even on the common 486 of the time. For a 256 color VGA game of the early 90s this is no small achievement.

As was standard for a Dynamix flight simulator, the accompanying manual is excellent and offers an in-depth historical overview of the war over the skies of Europe, a section on air combat maneuvers (ACM), and of course, detailed flight and sim control configuration info. Anyone with a remote interest in flight sims will owe it to themselves to check out Aces over Europe. How highly do I rate the guide? It is on par with the Grail of flight-sim documentation -- Secret Weapons of the Luftwaffe.

As you can tell from the types of aircraft listed here, there are a wide variety of missions included in Aces, from pure air-to-air combat to strafing and bombing missions, including railyards, factories, airfields, and other strategic targets. The sim includes the following types of single missions:

All in all, Aces over Europe is a very worthy addition to your classic flight-sim collection. The game is realistic without being too complicated for novice pilots. 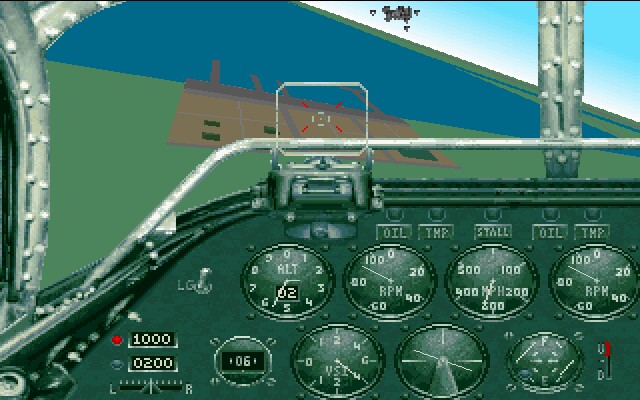 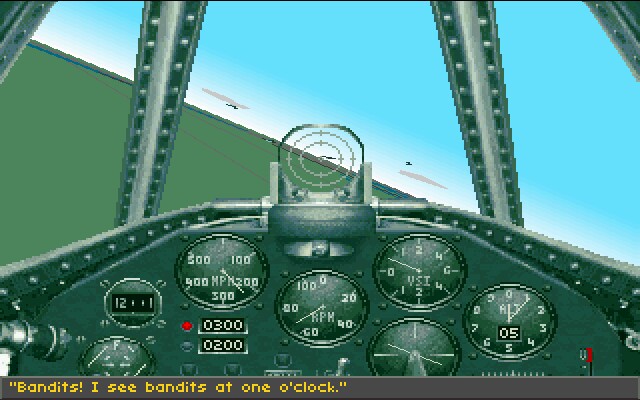