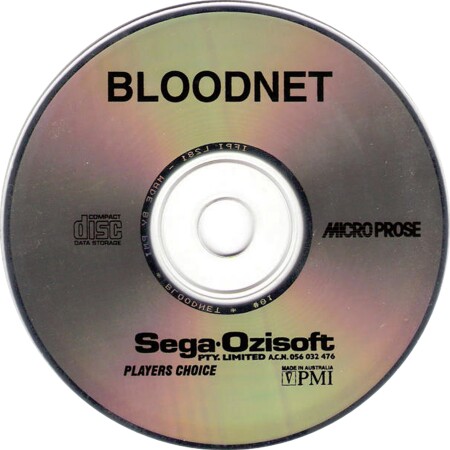 
Bloodnet takes takes you into New York in not too distant future, as you try to stop yourself from becoming a vampire. You're assisted by a neural implant, but even so, your time is short, and you have to hurry. Your travels will take you from the gleaming penthouses of the rich, to the poor underside of the down-and-out and into the Net, the cyberspace web that covers all of New York.

Bloodnet is somewhat of a weird hybrid, combining the Gothic tradition of vampires with the cyberpunk vision of the near future. It is certainly a novel approach and I expect not all people will be comfortable with it. However, I found it added a definite flavor to what could've otherwise been another game of "beat the clock". Personally, I've never been interested in action-adventure games, but I must admit this one was interesting enough to grab my fancy, and keep it pinned down in front of the monitor for most of the last month. The indroduction to the game is visually interesting, with a definite ambience that piqued my interest from the very beginning. You, a private investigator named Ransom Stark, are invited to do a simple job for a nice amount of money. However, upon completion, you find out that your "reward" is a bit more than you expected. Having just been bitten the vampire, Abraham Van Dierdre Tackett. However, you find her place ransacked, and herself gone. In addition, your Neural Implant tells you you have only days to find out how to reverse the effects of the vampire bite, before you turns into a vampire yourself. Seems like it's just not your day.

After said intro, you can create your character. You can do it by just adding points to your base stats, or you can go a more creative (and definitely more fun) route by answering questions about your character. On the other hand, you loose a little control over exactly WHERE the points are going, but it's a lot more fun. The graphics in the game are generally very good, with all of the screen being active. The view is somewhat like Alone in The Dark, but uses only one point of view. Unfortunately, lacking a sound board, I cannot say anything about the sound.

As the game begins, you'll probably be completely clueless, wondering "Where do I start?" That was one of the few things I didn't enjoy about the game, as it is very difficult to find out what you should be doing. In general, the game is EXTREMELY non-linear, which can be both a good and bad thing. The good thing is that you can start by doing just about anything, following any thread of the story.

The play goes fairly smoothly, at least at the times when you're not wracking your brain, thinking of what turn you may've missed (which will happen every so often). There are several instances where having (or not having) a certain person in your party willl stop you from proceeding any further. If you're stuck, and can't figure out where you went wrong, try picking up some new people at the Abyss or other places, and talk to everybody all over again. It's a chore, but it worked for me once. I must admit, I don't have too much experience with this kind of game, as I never found adventure games to be that entertaining. However, Bloodnet is very fascinating, and is a definitely a long-term treat. Unfortunately, there is very little replay potential here, as about the only thing you can do is try to optimize your progress and try to do it in different ways. All in all, I must admit I was pleasantly surprised by a game I didn't expect much out of. The intricacies of plot (which I'm still exploring, since I've not completed the game as of yet) and the very beautiful artwork succeed in holding your attention. 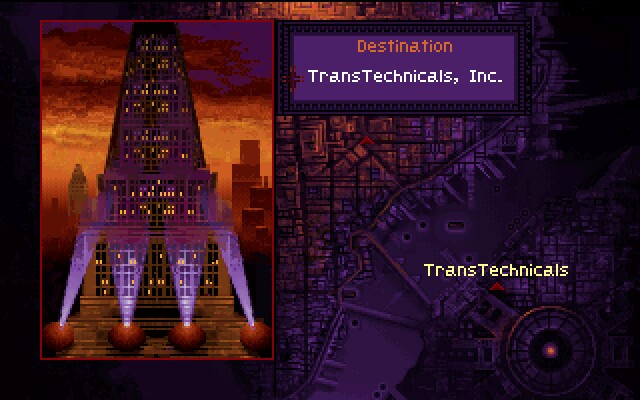 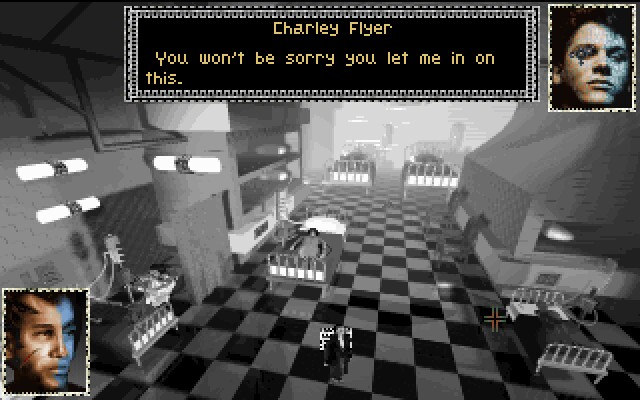