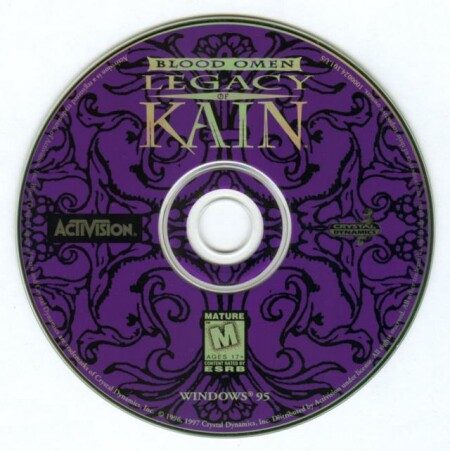 
Blood Omen: Legacy of Kain, the PC port of Crystal Dynamics' 1996 Sony PlayStation title, features a strikingly morbid and charismatic protagonist: the vampire Kain, an arrogant nobleman granted undead power. He commands a seemingly undying hatred for all living creatures, hopelessly envious of their mortality - and he laughs bitterly as he slaughters them all. Kain is the perfect antihero, and his story is unique, involving, and epic in proportion. But the game itself doesn't quite keep up.

Blood Omen is derived from a console game, and it feels like one. With few exceptions, it plays like your typical Legend of Zelda-style action RPG, light on character interaction and heavy on exploration, dungeon crawling, and combat. You witness the action from a bird's-eye view, highlighted by dozens of smoothly animated, 3D-rendered characters and gorgeous colored lighting. Steering Kain about the corrupt, cruel world of Nosgoth is simple enough by means of keyboard or gamepad. He can deftly wield his weapon of choice, invoke a spell or a magic item, and drain a wounded enemy of his lifeblood all at the touch of a button. Control is somewhat sluggish and hit detection can be irritatingly off the mark, but in due time you'll feel comfortable enough with how Kain operates.

Soon enough, the vampire will acquire several metamorphosing spells that allow him to assume the shape of a werewolf, a colony of bats, a mist cloud, or even an inconspicuous peasant. Kain must know when to assume these forms in order to succeed in his quest to leave his immortal coil. For instance, as a wolf Kain is able to leap across chasms, while when disguised he can communicate with villagers and gather valuable clues. The weapons and armor in his arsenal are each mighty, but each in turn has its cursed disadvantages. For example, Kain's flame sword is a peerless melee weapon, but it roasts the opponent to a crisp thereby robbing the vampire of his victim's much-needed blood. Kain's health dwindles slowly but surely, forcing him to feed on a regular basis by magically drawing blood from mortal wounds straight to his lips from a good ten paces or so.

Blood Omen looks melancholy and attractive enough even at the lowest resolution. Expert voice acting is truly the highlight of the game. Kain, portrayed by unknown talent Simon Templeman, remarks upon his surroundings in full speech, not content merely to describe but to offer a little biting cynicism on the side. His co-stars are just as memorably over-the-top. Meanwhile, a haunting soundtrack adds the perfect touch of ambiance.

Blood Omen is not your typical RPG. The most glaring PlayStation holdover forces you to save progress at sparsely located terminals. Blood Omen demands your curiosity and puzzle-solving skills, but it will also pit you in some tough fights where you'll need to use a little manual dexterity to survive. And don't plan on making any friends during your stay in Nosgoth - Kain would much sooner slit a throat than make idle discourse. Blood Omen is one sinister game, a wicked good time for those willing to accept a few technical problems, Kain's harsh personality, and the long, treacherous, bloody battle that lies before him. 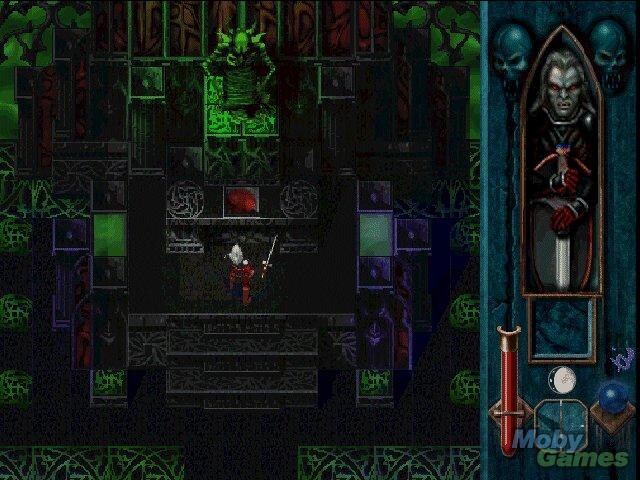