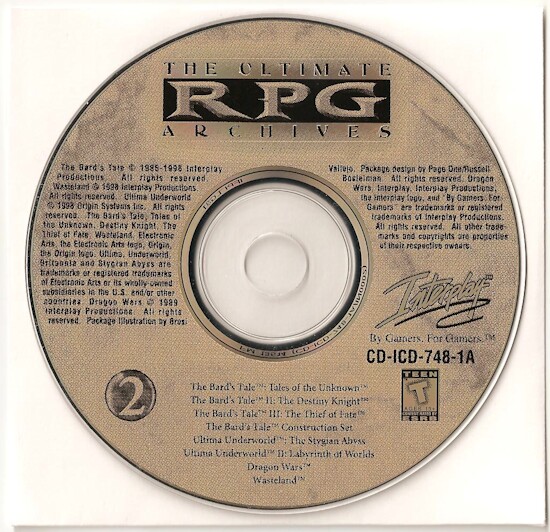 The Games
Ultima Underworld I
Ultima Underworld was among the first of a new style of PC games for Origin, developed without any compromise in design decisions in order to satisfy lower-end PC users. Granted, the question is utterly irrelevant given today's blinding computer hardware, but in the context of the time, Origin's approach was a bold gamble.

The Bard's Tale Series
As Wikipedia succinctly notes, The Bard's Tale is a straightforward "dungeon crawl". The objective is to gain experience and advance characters' skills through (mostly) random combat with enemies and monsters. This is done while exploring maze-like dungeons, solving occasional puzzles and riddles, and finding or buying better weapons and armor.

When beginning the game, the player may create up to six player characters, chosen from among the following classes: bard, hunter, monk, paladin, rogue, warrior, magician, and conjurer. The classes sorcerer and wizard were available to experienced conjurers and magicians. A typical well-balanced party might consist of a couple of fighters, a rogue, a bard, and a couple of magic users. On some platforms, the player could import previously created characters from Wizardry and/or Ultima III, which was revolutionary at the time.

The most important character was arguably the bard, whose magical songs functioned like long-lasting spells and affected the player's party in various ways—such as strengthening their armour, or increasing their attack speed, much like "buffs" in modern day MMORPGs. A number of obligatory puzzles in the game were unsolvable without the use of bard songs. Each bard song triggered corresponding music while he played (some classical, some original).

The Bard's Tale Construction Set
In 1991 Interplay tried to address the desire to personalize an epic dungeon quest with the Bard's Tale Construction Set. As its name suggests, it gives you the ability to invent your own RPG adventures, then lets you play them out or, preferably, distribute them to others. The recipients will not need the Construction Set to run it - the finished product is a stand-alone game anybody can run. With the Set you can create dungeons, stock them with monsters of your choosing, and fashion magical spells and weapons of whatever design you like. The underlying engine was the one used for Bard's Tale, from the mid to late 1980s. The set gives you almost complete control over the entire creation process and the scenario can be tailored to suit your own particular taste - fewer monsters and more puzzles, a hack 'n slash, and so on.

Dragon Wars
Purgatory. It reeks of the dead and dying among filth-choked streets, decaying buildings, and open-air cesspools. So begins Dragon Wars, one of the best examples of 1980s era RPGs. This classic from Interplay incorporated so many advances and refinements to the RPG interface, combat system, plot, and overall style that it is one of the gems of gaming.

Dragon Wars was one of the rare games to feature digitized sounds through the PC speaker. Doors open with a metallic clink, magic spells surge forward with a electrified whoosh and fighters scream in combat, as their swords and hammers whap their foes.

The animated monsters are depicted in a distinctive style, and each has personality. The punks in Purgatory, for example, remind me of characters in an Akira episode, and Royal guards would look at home in the Roman legion in Germania circa AD 180.

Wasteland
The game is set in the middle of the 21st century, following a nuclear war between the United States and the Soviet Union. Parts of Earth have been turned into a "wasteland" where survival is the paramount objective. Players control a party of Desert Rangers, a remnant of the United States Army based in the deserts of the Southwestern U.S. that survived the nuclear holocaust, and are assigned to investigate a series of disturbances in the desert. The party begins with four characters, and through the course of the game can hold as many as seven characters by recruiting certain citizens and creatures of the wasteland to the player's cause. Throughout the game, the player explores the remaining enclaves of human civilization, including a post-apocalyptic Las Vegas. 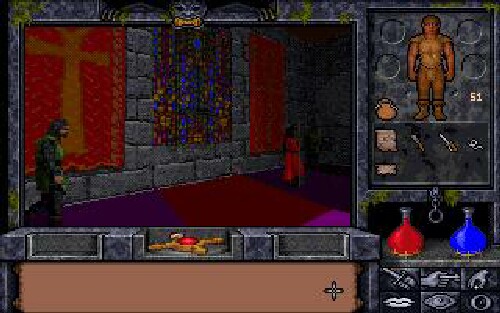 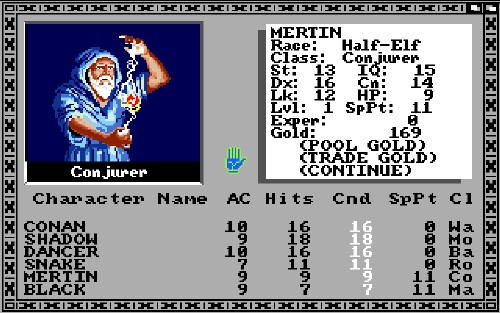 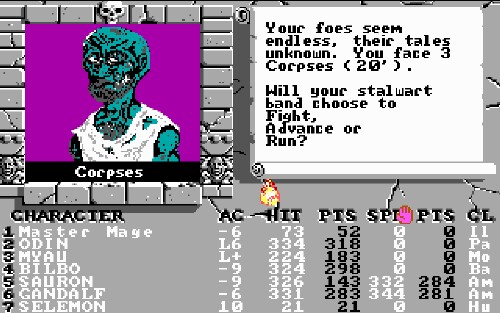 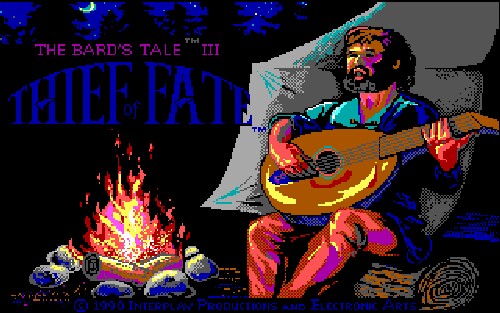 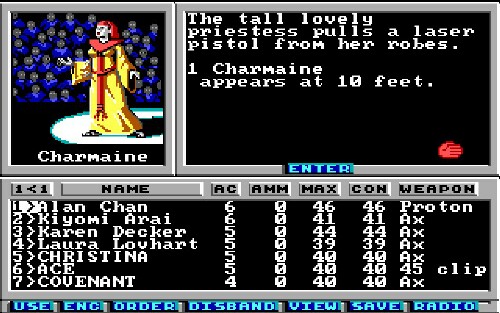 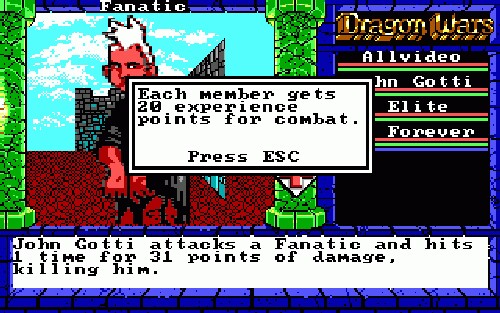