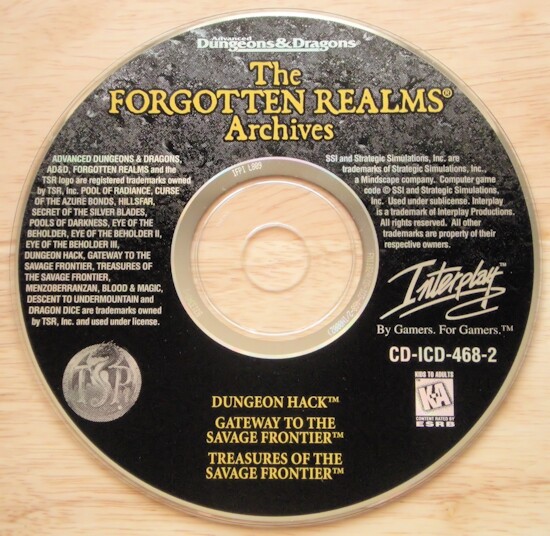 As you might recall this SSI game is the beginning of the third and final chapter of the Gold Box line. Unlike the modules set in the Dragonlance universe (Champions of Krynn and Death Knights of Krynn), Gateway contains no special character types, no special rules, and no special occupations. Instead, it returns to the straightforward AD&D system begun with Pool of Radiance and proceeding through Curse of the Azure Bonds and others. A straightforward gaming system, but nevertheless engrossing.

Throughout play in Gateway to the Savage Frontier, you're presented with a multi-part playing screen. The top left corner shows either a first-person perspective or, if you choose, an overhead view of where your party of adventurers is marching. As you explore, you encounter non-player characters, monsters, and a variety of interactive elements. When combat occurs, the screen shifts to a tactical battle display. From here, you control the actions of all, some, or none of the characters (you can opt for the computer to take charge). As any seasoned AD&D gamer knows proper tactics are crucial to success in this game, to the extent that learning the battle system is probably your most important task. And, just like the pen and paper RPG counterpart it is easy to be overwhelmed in battle if you are not prepared.

Treasure of Savage Frontier
In Treasures you're helped in your journey by your old friend Aminitas, whom you can consult every time you encamp. He repeats his last set of instructions so you don't forget what you're doing, an enormously helpful feature if you're the kind of player who doesn't bother writing down everything you find out. This is another example of the user-friendliness of SSI's AD&D gaming system.

The most commendable feature of all the AD&D games is that the latest one is always the best one for a newcomer to the system and, simultaneously, the richest one for an experienced player to work through. In other words, SSI makes each installment better than the last, and if you liked the last one you're sure to like the newest. As computer hardware became more powerful it was inevitable that the graphics were improved, mouse control added and sound cards supported - but there's still a lot of life left in the this series as it stands.

In a refreshing change of pace all you need to do is go into a dungeon and find your way out again. They are very small and have no treasure nor anything else of value. At the end (when you've been through the last one), you will be awarded with extra experience points. Of much more importance are the mysterious "lucky papers" that you will be coming across as part of the loot when you defeat some enemy groups. There are lucky papers for each town in the game, and you must collect one paper for each town. You don't need more than one, but you must have at least one.

Dungeon Hack
When I picked this game up, I was not expecting much. I expected this to be a pure gimmick game -- take the EOB graphics, write in an off-the-shelf maze-creation program, slap the name "Hack" on it, and it will sell, right? I expected a simple dungeon generator (perhaps with a few bugs making some dungeons literally impossible) with limited special items, monsters, and simplistic puzzles. While partially right on the novice puzzle aspect, I was dead wrong on the others. The designers have created a polished game that stands on its own.

The dungeon generation part of this game is a real masterpiece. The dungeon can be customized in just about every conceivable way to accommodate the amount of time you want to spend playing, your character class, your skill level and personal preferences. This is where the game shines. Did you really like Lands of Lore but was annoyed by getting poisoned all the time? Simply lower poison effects to suit your wishes. Did you find Ultima IV fun, except for but running out of food far too often? Slide the food availability lever a bit to the right. Want a hardcore challenge? Turn up the monster difficulty, add extra pits and traps, increase the number of levels in the dungeon -- problem solved!

In all, there are 19 sliders and switches to play with, controlling everything from dungeon depth to water levels and magical zones. Favorite settings combinations can even be saved if desired. If you don't want to be bothered with all these decisions, you can use the built-in easy, medium, or hard settings.

The dungeon creation goes relatively quickly (under a minute) and then the adventure begins. The object is to reach the lowest level of the dungeon and defeat the powerful "boss" monster. The interface is true EOB, with a first-person view, 90-degree rotations and real-time combat. The graphics get the job done and include some nice magical effects and interesting monsters. There are over 90 spells, 90 weapons, magic and regular items, armor, scrolls, books, wands, over 50 monsters and even musical instruments present in the game. This is a huge plus, especially considering the somewhat limited variety of walls and decor. There are a few interesting dungeon objects (such as the "vending machines" as I like to call them) but it won't take long to see most of them.

Dungeon Hack surprised me by being a refined game which stands on its own quite well. I appreciate the large variety of monsters and items. The dungeon creation aspect is truly excellent. The graphics, while not exactly state-of-the-art, are decent. The only things which detract from the overall presentation of Dungeon Hack are the sometimes repetetive-seeming decor and walls (still better than the original Hack though :), the lack of background music and. If you like the general adventuring concept found in Hack, it is highly unlikely you will be disappointed with Dungeon Hack. 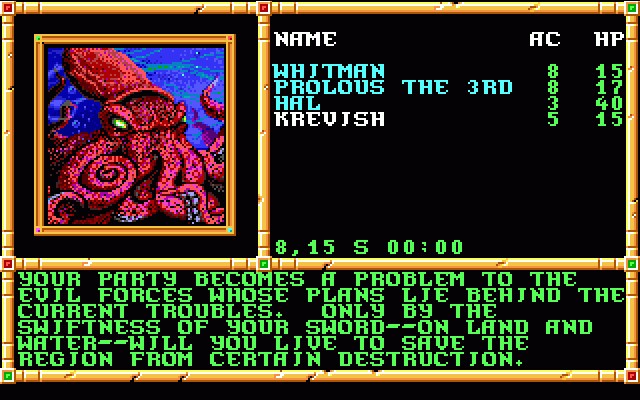 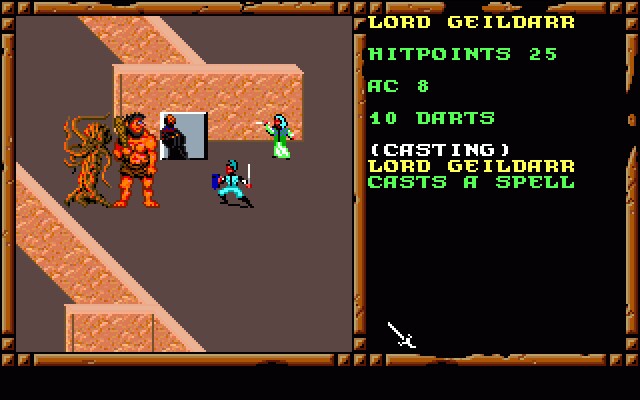 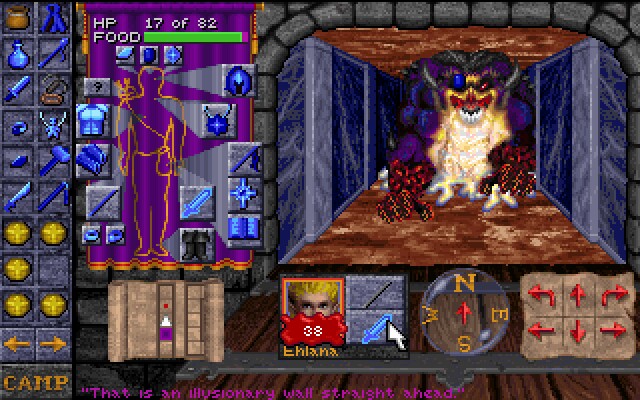