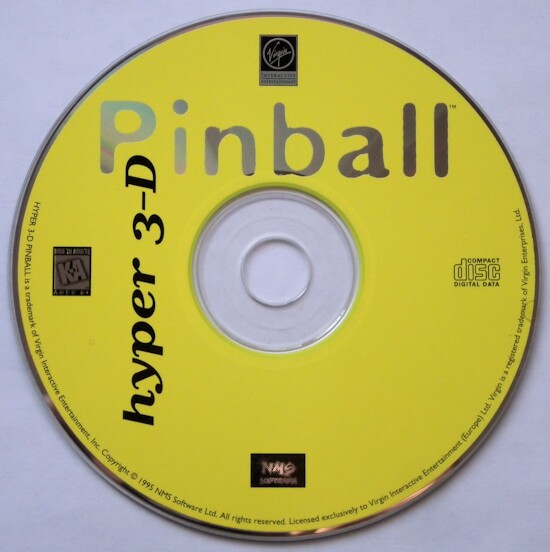 
The main criticism about 3D Pinball games of the era is the small number of tables that come with the game usually ranging from one to three, contrary to 2D pinballs where the standard was to offer at least four different tables. Hyper 3D Pinball is quite an exception with a total of six tables and may appeal to gamers who don't want to play with only one table and risk being bored after a couple of hours or less. The themes on which the tables were designed are creative with such titles as The Monster, Myst & Majik, Gangster, etc... and except for two of them, they were all original and never have I seen them featured before. Each table has a design that radically changes from one table to the other, and gives the player a unique sensation when playing with a table for the first time.

Like other 3D pinball games of the era, this one features the same kind of elements you would find in a real pinball machine. Ramps, lanes, holes, bumpers, flippers, lights, targets and bonuses will flourish on every table for your greatest pleasure accompanied with sound effects and wondrous sound tracks. The music is played directly from the CD and features different styles from New Age to Medieval-like tunes.

Hyper 3D Pinball contains a good cross-section of the different types of pinball tables in arcades during the 90s, and is worth a serious look. The ball action is fast and fluid. Many of the features of real pinball are here, including: scrolling marquis-style displays, skill shots, sling shots, jet bumpers, loops, rollovers, kickbacks, jackpots, multiple ramps, ramp targets, double return lanes, super spinners, combination bonuses, multiple multi-ball options, hidden areas, and video modes. The machines can even be tilted if they're rocked too hard!

Gameplay is great. Players have the ability to change viewpoints on the fly, switching between top-down and a three-quarter perspectives in a flash. Of course, each view has its advantages and disadvantages. In the top-down view the entire table is visible, but detail is sacrificed, making it difficult to find ramps and bonus bumpers. The three-quarter, 3D view drops players right into the thick of the action, but the effects of the scrolling screen soon become straining. The game thankfully contains a 3D mercy feature when it's started in multi-ball mode, automatically switching to the top-down view. This puts all the action is on the table, so to speak.

While there's nothing like playing at the local arcade, Hyper 3D Pinball could easily become a favorite after hours "silver ball" haunt. 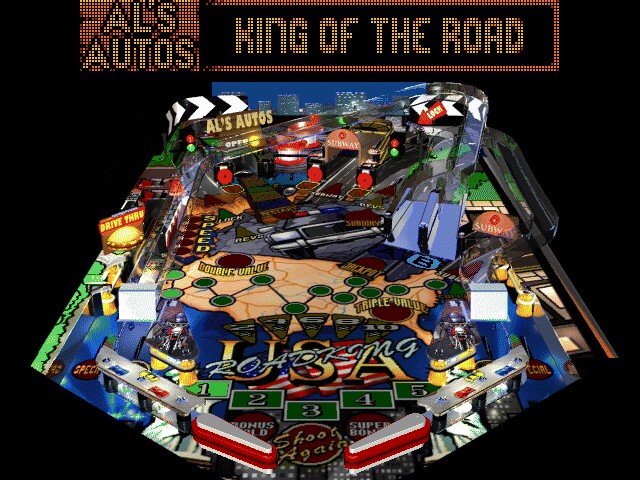 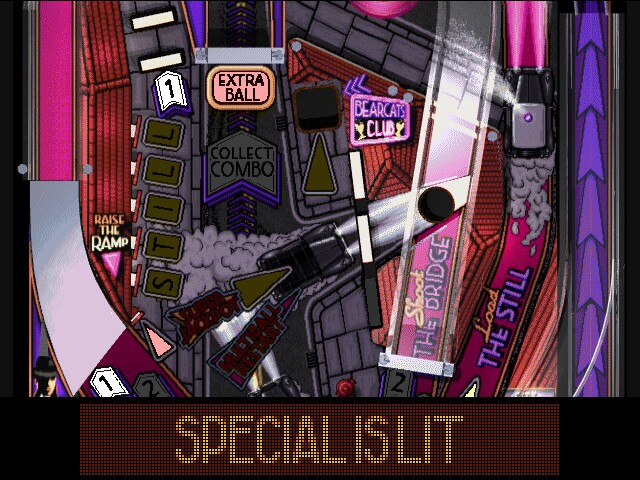