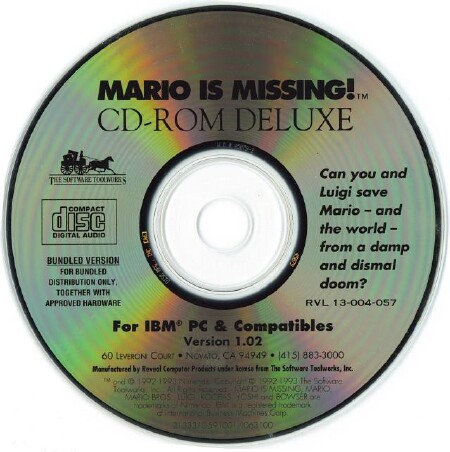 The Game
Bowser, the token bad guy from the Mario Bros. series, is up to no good again in this educational game designed to teach children geography. This time he's set up his headquarters in Antarctica and created portals to 35 famous cities around the world, so that his Koopas can wreak havoc in our own world. He's also kidnapped Mario, hence the title of this game. You play as Luigi who must foil Bowser's plans by entering through each of the portals, tracking down the Koopas who have stolen famous artifacts, and looking for clues about your location. Once you've set everything right and determined where you are, you call Yoshi on your Globulator so he can track you down. You need Yoshi's help to eat the Pokey (a cactus-like creature) that's guarding the return portal, and when Luigi returns he can close the portal forever.

In each level, Luigi must retrieve several artifacts which were stolen by several Koopa Troopas within the city and return them to their rightful places. Luigi must jump on the Koopa Troopas to defeat them and reclaim the artifacts, which he then takes back to the landmarks they were stolen from. He must answer trivia questions about the landmarks before the curators will take the wares back. In the SNES version, all the information kiosks are manned by women resembling Princess Daisy (complete with crown), although this is an unconfirmed appearance.

Unlike the Nintendo edition, the PC version adds a videophone aspect to gameplay, and Luigi must call the help number provided at the landmarks to get in touch with his friends, answer the questions, return the artifact, and receive a monetary reward. The mayor of the city also phones Luigi when he arrives, asking for his help in stopping the Koopas; he later phones when Luigi secures the city, thanking him and wishing him luck in finding Mario. The red plumber himself even manages to phone Luigi, giving him advice on his journey as well as updates on his capture and the Koopas' struggle to maintain their plot as planned. The DOS version also has a Taxi feature, in which Luigi collects little Taxi tokens around the city and then exchanges them for rides across town. The SNES version instead uses more Warp Pipes to facilitate speedy travel.

As well as returning the artifacts, Luigi must also deduce what city he's in so that he can use the Globulator and call Yoshi to his aid for double the walking and running speed. Without Yoshi, Luigi cannot finish the level, as the exit pipe is occupied by a large Pokey. Yoshi proceeds to gobble the Pokey up in the DOS version, whereas the Pokey is merely scared away by Yoshi's presence in the SNES release.

Once Luigi has secured all the cities whose doors are located on a floor of the castle, Luigi must use a Fire Flower collected in the cities to defeat them using their only weakness - Fire. The console releases remove the Fire Flower in favor of a small boss battle. However, the bosses cannot hurt Luigi, and must be stomped on a certain number of times to be defeated in the SNES and NES versions. The console versions also differ in that the Koopa Troopas are not defeated when they are knocked about and forced to leave in an undignified manner, but rather a sound stomp with destroy them upon impact (including the shell). 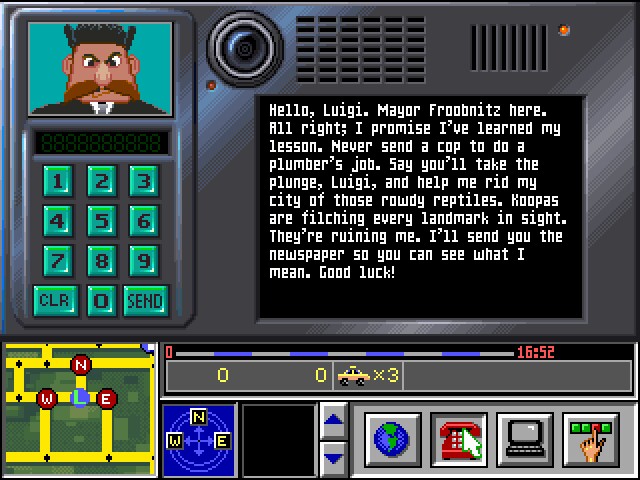 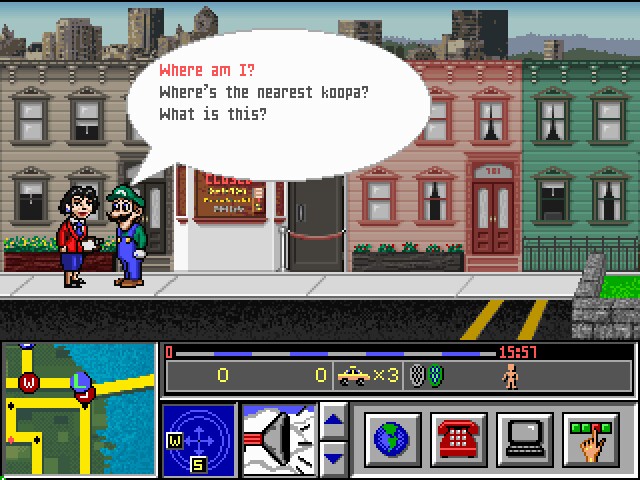