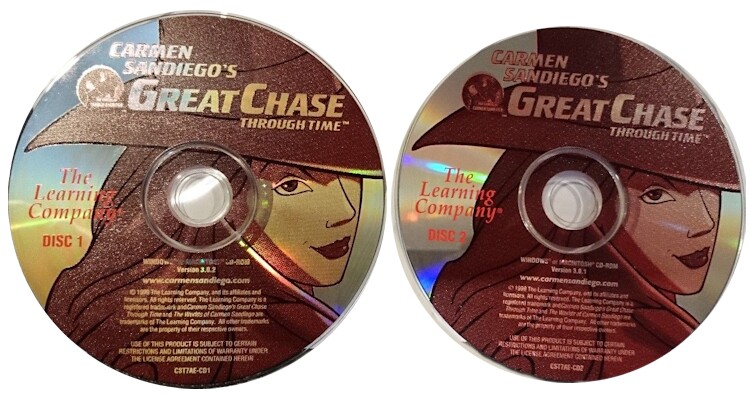 The game's narrative involves master thief Carmen Sandiego, who has used a time machine called the Chronoskimmer to plant her associates at key historical events, aiming to influence history by stopping these events from occurring. The objective of the game is to track down Carmen Sandiego and her henchmen by jumping through time tunnels that link historical periods together, and correct the course of history. The player visits well-known historical events, such as the signing of the Declaration of Independence and Lewis and Clark's expedition to the Pacific Northwest, and meets historical figures including Queen Hatshepsut, William the Conqueror, and Yuri Gagarin. In each segment, or case, the player must work out which items have been stolen and solve historical puzzles to stop Carmen's villains. By the end of case 18, they will have the tools to chase and capture Carmen in the final case.

The game received an overwhelmingly positive reception from critics. Lynne Thigpen, who reprises her role as The Chief from the PBS television series, was described as having a "winning...on-screen presence" by David Colker of the Los Angeles Times. The Milwaukee Journal Sentinel described "Carmen Sandiego's Great Chase Through Time" as "entertaining, challenging for their target age groups .. and lively without getting a case of the cutes". Debbie Maria Leon of the New Straits Times wrote that "the urgency of the [confident Chief's] voice [gives] enough oomph to make [the player] go scurrying to restore history". She said that "there's so much to learn in this...fun, upbeat edutainment title" and that "each case is unique and challenging and offers a wealth of knowledge".

When the game begins, the player signs into the ACME roster to begin the game, continue with a saved one, or create a customized game by selecting one or more cases (a feature recommended for teachers). The game's opening credits finds Carmen breaks into ACME Headquarters in San Francisco, where she unlocks and steals a device called the ACME Chronoskimmer. Carmen later explains to her henchmen that the Chronoskimmer allows them to travel through time and steal historical treasures. Each crook must travel to a different time and place to steal an object and Carmen gives them a note to tell them where to hide before she will pick them up.

Meanwhile, the Chief greets the player and explains what was stolen, why it is important, and what will happen if Carmen and her henchmen succeeds. The Chief explains to the player that he/she can immediately stop Carmen by going through Time Tunnels, which are passages through time and space left behind the Chronoskimmer whenever it jumps through time. After the player enters the Time Tunnel, that is the only way he/she can communicate with the Chief. Once the player have entered his/her cases, he/she cannot communicate with the Chief as she has not yet been born before 1948. However, the Chief sends the player one of the five Good Guides, characters who are knowledgeable of the culture of each case's historical period, to help the player if he/she is getting stuck. Each guide has a particular area of historical expertise, such as antiquities, exploration or inventions. The five Good Guides are: Ann Tickwittee, Ivan Idea, Rock Solid, Renee Santz, and Polly Tix; each offers assistance when the player asks the questions presented at the bottom of the screen. At the end of each case, the player and the Good Guide return to the Time Tunnel, where the Chief tells the player how they have set history back on track and briefs the player for the next case. The player begins the game with the rank of Time Pilot, but is promoted by the Chief as the game progresses, advancing to Time Scout, Time Trooper, Time Detective, Time Inspector, and by the end of the game, the player achieves the rank of Time Sleuth and has a chance to capture Carmen.

The game is a point-and-click adventure with a changeable cursor, drop down menus and on-screen icons. Players must identify on-screen "hot spots" in order to find items that will help their progress. In each case, the player must investigate clues to help a historical figure solve a problem, recover a stolen treasure, and capture a thief. The Good Guides are available to help the player to complete each challenge. The player also has access to the ACME Agent handbook supplied with the game, which contains hints and suggestions for solving the puzzles. Each case involves a four-step process of identifying the theft, solving the problem, collecting the Carmen notes and arresting the thief.

Players must talk to all the characters in each time period and ask them a series of questions, and then ask further questions via rollover text if necessary. Historical characters responses guide the player towards that period's task. For example, Queen Elizabeth asks users to help complete an unfinished theater. The player must memorize lines of verse from Shakespeare's plays and match them to the banners plastered across the holes in the wall. Carmen and her crooks in the Opening Sequence. From left to right: Buggs Zapper, Jane Reaction, Sir Vile, Medeva, Carmen Sandiego, Baron Grinnit, Dr. Belljar, Jacqueline Hyde, General Mayhem, and Dee Cryption.

Items must be collected and moved round the screen or placed in the inventory box to complete cases. Characters will either offer the player objects, or the player must seek out items that can be taken. Collectible items can be kept for later use by dragging the object into the Inventory box. Players must also look for scraps of the Carmen Notes, which describe where each thief will hide. These notes have each been torn into three pieces to make the more difficult to find. The player must click on the scraps of paper to assemble them into a whole note. Once all the pieces of the Carmen note are found, the player can decode Carmen's message and deduce her location. Using the Time Cuffs on the relevant object reveals the thief, which the Good Guide then arrests. After twice capturing each crook (with one exception), the player pursues Carmen herself. The player can access The Chronopedia, a historical guide that provides information about each time period and its important people, places, maps and events. Each Good Guide carries a section of the Chronopedia, and gives the player the relevant chapter upon arrival in each time period. All the text within the Chronopedia was reviewed and approved by Encyclopædia Britannica, Inc. The information may be used to decipher Carmen's notes.

The gameplay alters dramatically once the player retrieves the Chronoskimmer at the end of Case 18, thereby returning the narrative to the present. Instead of staying within the same time period for the duration of the case, the player now follows clues at each location to work out where to go next. This is a return to the 1989 version mechanic. The player now has the ability to travel to any period in history whenever they like. Carmen may only travel to time periods that she has already visited, and therefore the game restricts the player to the time periods of the previous cases. Parts of the screen previously occupied by Carmen's notes and in-game collectible items are replaced with the Chronoskimmer slider and the travel button. Throughout this case, the player receives help from all five ACME Good Guides. 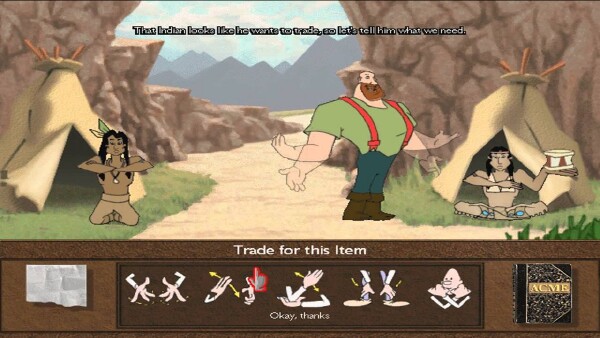 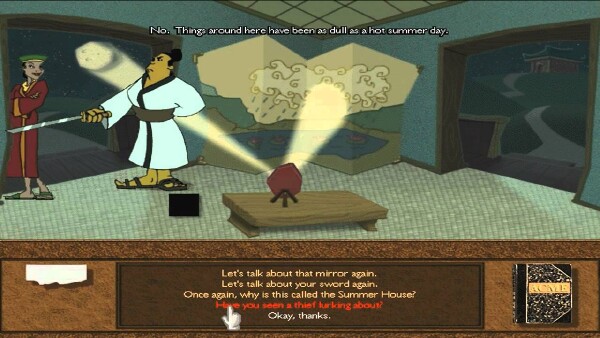