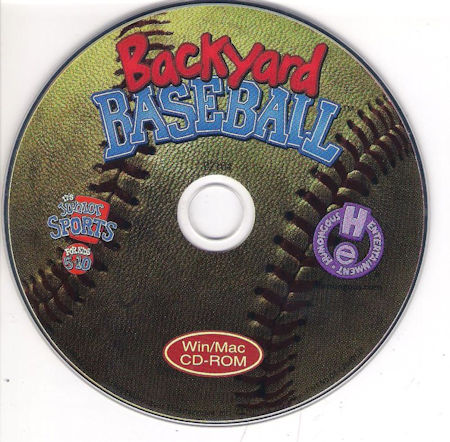 The Game
In this first installment in the Backyard Sports series, the player's goal is to assemble a team of backyard kids and take them all the way to the championship - in this instance, the Ultra Grand Championship of the Universe. While not carrying an official Major League Baseball license, the game does contain 30 kids to assemble a custom team, as well as 10 fields for them to play in. The team's name, colors, and mascot can be defined, as well as its batting order and field positions.

Each kid has ratings in running, batting, fielding, and pitching, as well as personality quirks that can either be a help - or a nuisance - to the team. Good pitching and hitting can give a team the power-ups it needs to go all the way through the 14-game season and playoffs - as well as plenty of practice in exhibition games or batting practice. In addition, the stats throughout the season can be printed, as well as player baseball cards, photos, schedules, and the trophies the team earned. 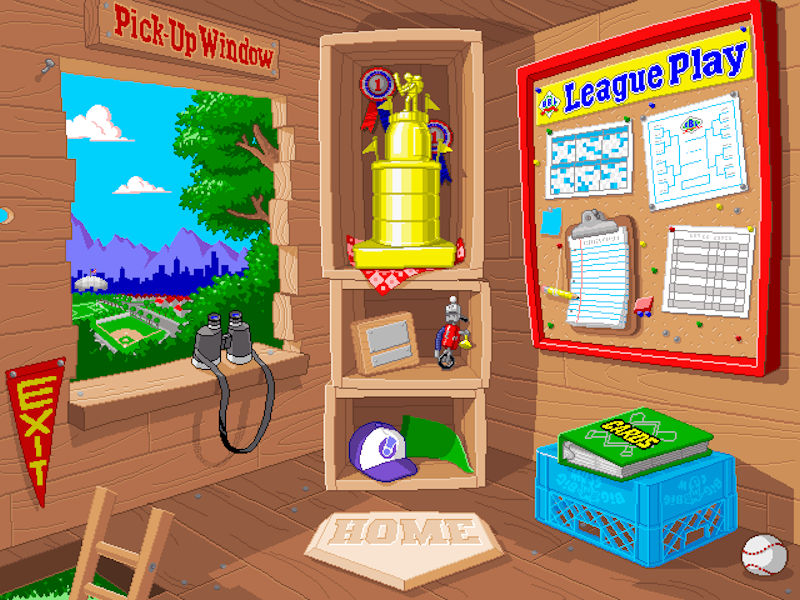 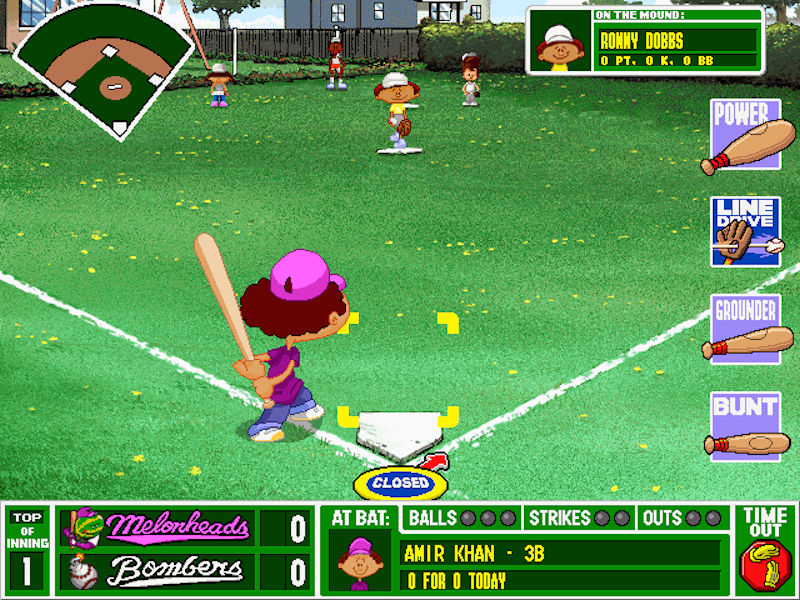 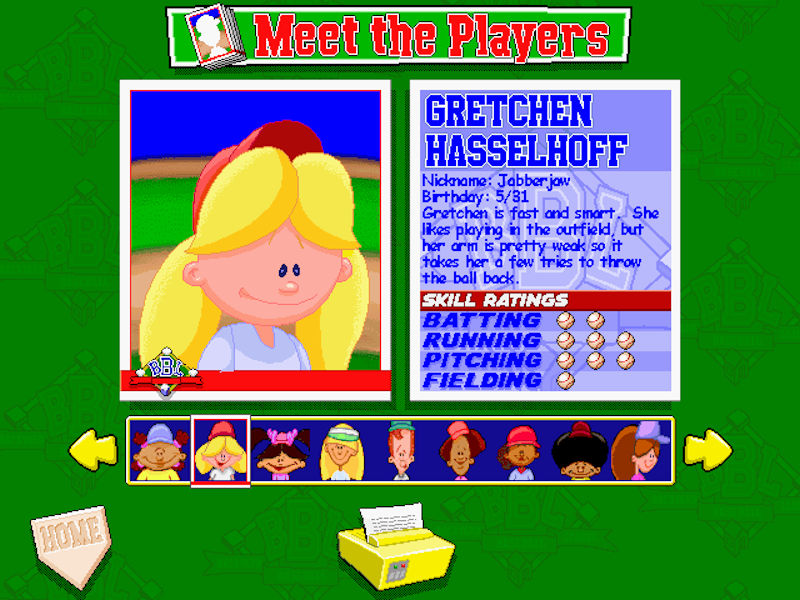