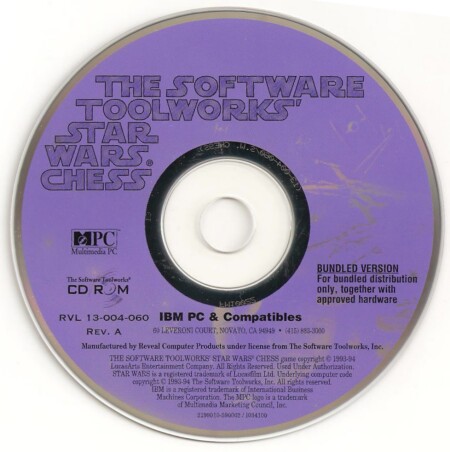 
Imagine what would happen if C3P0 were to take on a Sandman or if Chewbacca somehow managed to lose a fight against a Stormtrooper. Yes, it's the 90s favorite, Star Wars Chess. Blaster soundbytes and and the unforgettable Star Wars themes abound. Digitized voices are also a pleasing addition, if not exactly the voices you remember.

When I first tried this game in the mid 90s I thought it would be a version of Battle Chess in the Star Wars universe, and I wasn’t far off the mark. The battleground has been moved from the vacuum of space, the forests of Endor and the frozen wastes of Hoth to the somewhat smaller, but by no means lesser, arena of the Chessboard.

Not only content with being Emperor, Palpatine also takes the title of King, appointing Darth Vader the title of Queen (really, who else could he play?) and makes his gambit for Galactic Domination. Boba Fett, playing the part of the Empire’s Blaster-Wielding, Jet-Packing Bishop, is perhaps the closest to George Lucas’ “Dark Side” characters to act out their part in this game. The Rebel army is more as you would imagine it to be. I wondered where Han Solo came into it all, but then I spotted him – still encased in Carbonite in the corner. Relegated to a mere few pixels. Woe is He.

The captures for different pieces are great little comic book animations. Some of them very unexpected. I don’t really want to say too much about them because watching them the first few times is really what makes this game great. The novelty does wear off but the capture animations can be switched off, not only saving time but also removing, to some extent, the repetition factor that is any animated chess game’s downfall.

The area will be cleared of pieces and the stage set for a short battle between the two characters. C3P0, as a rather fittingly camp Bishop, asks Boba Fett, “Don’t you know how dangerous these things can be?” before swiping his blaster from his hands, throwing it to the floor and resulting in an accidental discharge decapitating the hero of my youth.

A rather disturbing Yoda, grinning and giving a thumbs up as a Rook, is by the most humorous character in this game. Watching him tell a Stormtrooper that “Backwards their gun is, yes” then using the force to get them blasting their own heads off made me laugh out loud. In fact I spent several games figuring out which moves to make just so I could watch every single capture animation.

For those not so learned in the wiles and ways of the 2nd best board game in the world, the Mentor Menu will give you a hint on what move may be best next and allow you to gloat over all the pieces you have captured. For experienced players, the AI is also set in this menu. Though, the difficulty is set by allowing the AI more time to compute it’s next move rather than accessing an higher complexity database set.

From the Actions Menu you can also Switch Sides, for those who always wanted to drop kick Yoda, give a Wookie a Wedgie or perform Unspeakable Acts upon Princess Leia.

From the Play Menu, you can choose to play against another human opponent instead of the AI, or simply spectate and watch the battle unfold between the two sides. You’ll also find the “Look and Feel” option in here, which is basically whether White is at the top or bottom – these can all be changed mid-play so there’s always the opportunity to change your mind should you get tired of watching Leia wiggle up the board or staring at a row of Stormtroopers. 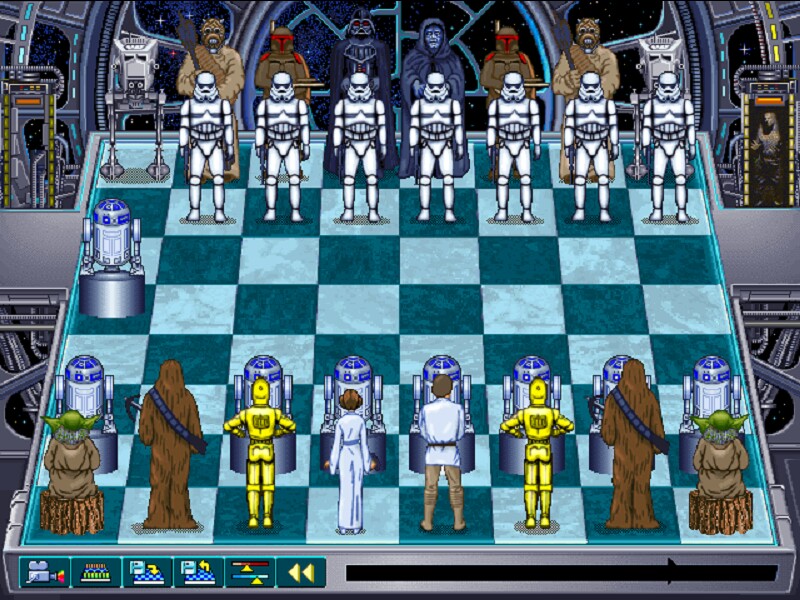 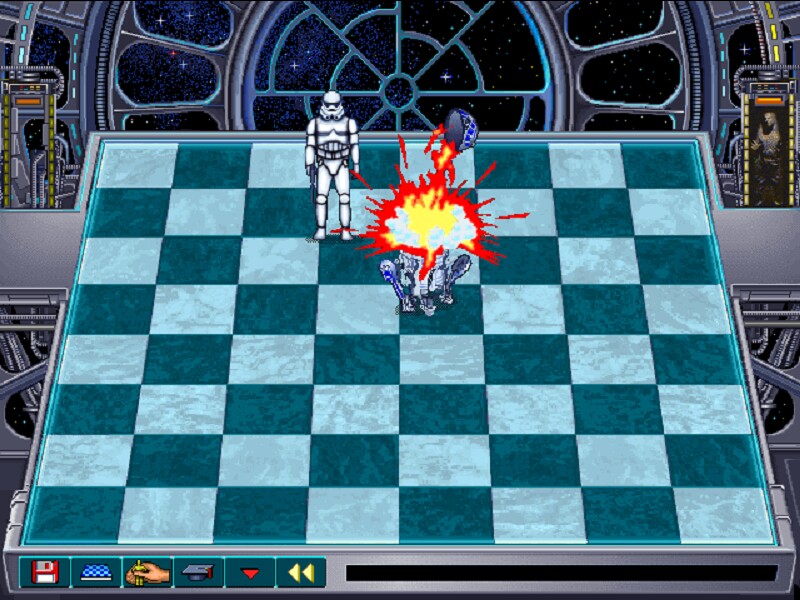