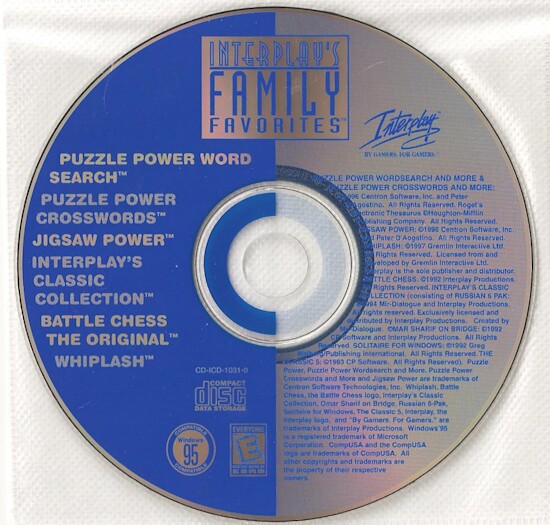 
A battle has begun. The sly Red Bishop reaches into his sleeve and pulls out a toy and offers it to his opponent, the Blue Queen. Unimpressed, the Queen just looks at him with a slightly impatient expression. This does not deter the Bishop, for he reaches into his other sleeve and pulls out a bouquet of flowers, which he hands to her. The Queen is quite happy now and reacts accordingly. But something is wrong! The flowers emit a toxic gas and the queen falls over dead. The Bishop shuffles around, and his staff materializes out of nowhere into his hands. The body of the deceased Queen is nowhere to be found, and where there were two combatants on the square, now it is occupied by only one, the Red Bishop.

Such was the original Battle Chess.

Ever since Star Wars hit the movies in 1977 people wanted a game of chess where the pieces actually engaged in combat. While holographic boards are still years off, Battle Chess attempted to fill that niche back in 1988. While the Battle Chess franchise is, at its core, a by the book chess game (each version includes a 2D non-animated option) it is the three-dimensional action view that makes the series unique and the first Battle Chess a milestone. In the 3D view you move your pieces and then watch them walk to their new location. Pawns step boldly forward while queens sashay across the screen. Every time you take or lose a piece, the game pieces battle it out in the action sequences which are the game’s trademark. Knights slash opponents with their swords, rooks made of stone pound with their mighty fists, and pawns use spears to defeat the enemy. While this seems like standard fare today it was revolutionary in 1988. Battle Chess broke the mold of static computer chess games, giving it life and color. The animations have a friendly, cartoon-like feel. Many of the “deaths” are slapstick. Some, such as the knight beheading the bishop, are more graphic, but there is no spilling blood or gore.

When a battle is forthcoming both pieces move around the square, the winner occupying the top corner, while the loser is banished to the lower corner. There are several different battle animations, so I’ll just describe a few. When the Rook has to kill the Queen, she will frantically cast magic spells, to no effect, the Rook will eat the Queen, spitting out her crown. A Knight slices up the pawn with such enthusiasm and enjoyment. If you are after a quick game of chess, don't worry, because you can turn the battle animations off, but then you might as well just play with a good old-fashioned Chess Board.

The imagery works exceptionally well in the original Battle Chess. The pawns are small-framed foot soldiers, and they carry a spear with some hesitation, but can you blame them? The Rook is a stone tower who transmogrifies into a stone giant when he moves. The Knight has shiny armor with a sword and shield combo, and strides with pride around the board in his usual L-shape patterns. The robes of the Bishop will brush the ground as he walks, an evil expression on his face. The Queen has long robes, and quite an interesting figure for a graphic sprite, giving you the impression that she is the most powerful piece on the board. Lastly, the King is a short old man, probably in need of retirement in Florida.

Battle Chess offers 10 levels of play, with the level determining how long the computer thinks about its move. On Level 1 the computer takes 5 seconds to move, while on Level 9 it takes 20 minutes. The longer the game takes to think, the more careful its strategy is, and the harder it is for you to beat. Keep in mind today's computers can do much more processing in 5 seconds than when Battle Chess was released. This makes even Level 1 play very challenging. I consider myself an average chess player, but Level 1 beat me repeatedly, and even the Novice level gave me a challenge, with the computer making no obvious bad moves. It is pretty humbling to be repeatedly trounced by an supposedly obsolete chess engine.

Battle Chess was by far the most original chess game of its time. It took the Star Wars generation, myself included, by storm. This was the first game to transform chess from a cerebral exercise into an overtly visual escapade. Although not as powerful as today's generation of chess games, Battle Chess has a formidable engine. The Battle Chess series combined great comedy, entertaining graphics, and a serious chess game without compromising anything along the way. It can be played for laughs or played for real. It can satisfy the kid or the Grand Master in all of us.

1. The game actually features full frontal nudity. In some circumstances where Rook gets the King in checkmate, as the King trembles his robe falls off, leaving him completely exposed before he runs off in embarrassment. The Emperor's new clothes indeed.
2. This was the one of two of the first games Interplay published under its own name (the other being Neuromancer).
3.. In the 1993 movie "Knight Moves" Christopher Lambert plays a chessmaster, with a the plot that involves a killer motivated by chess. In any case, about about 20 minutes in, while detectives are working the crime, there is a scene with Lambert playing Battle Chess. He was watching a knight takes pawn battle. Pretty neat.
4. The battle of knight vs. knight depicts a classic scene from Monty Python's "Quest for the Holy Grail": One by one, all limbs are severed, each time provoking the victim into the same kind of responsive actions the Black Knight made in the classic movie. Just a flesh wound...
5. Battle Chess is a member of Computer Gaming World Magazine's Hall of Fame. 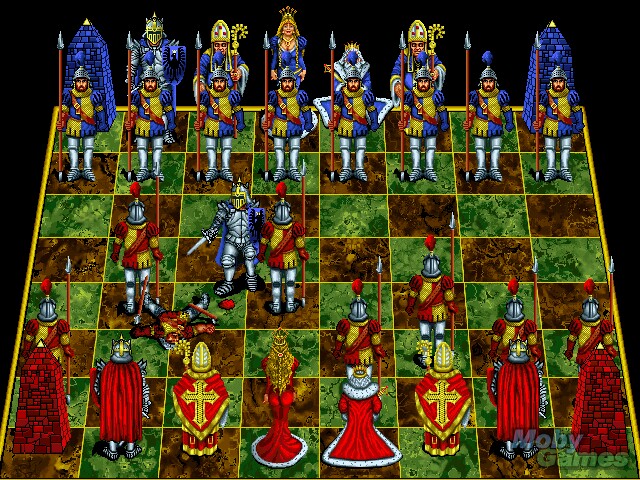 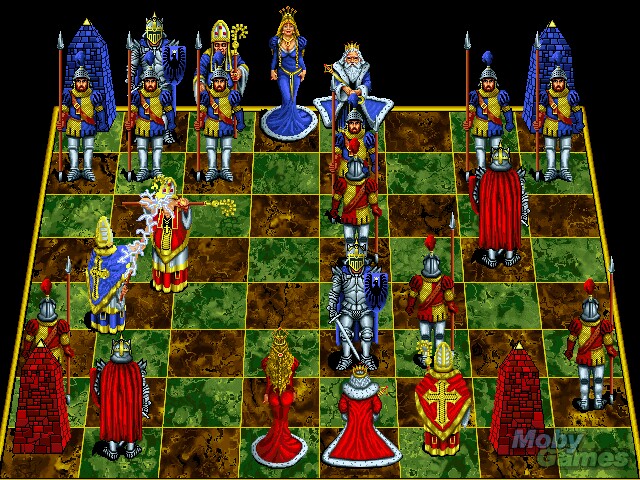 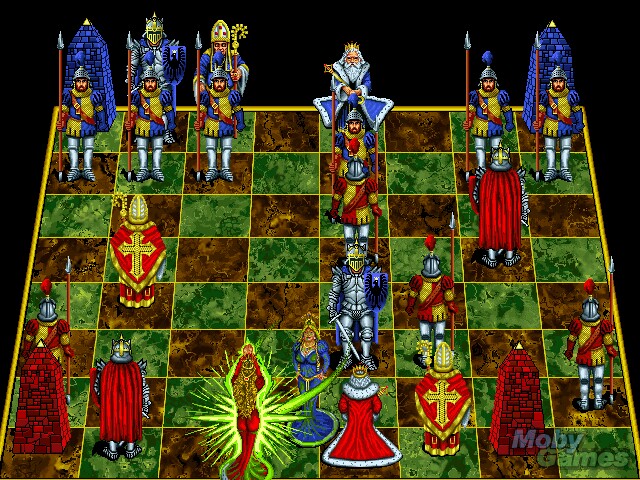 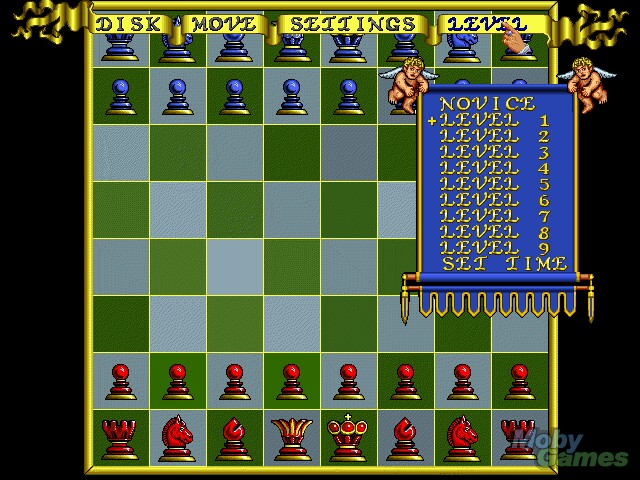