The Game
Dragon Lore: The Legend Begins, marks an early attempt by Cryo to create a medieval fantasy that combines adventure with action and role-playing elements. The world of Dragon Lore arises from the dream of a Father Dragon called Wyrm. This world is inhabited by many species, including dragons and humans. The 16 dragon knights and their dragons keep peace in this magical land. When the fierce orcs attack the kingdom, the wise magician Archmage summons a magical barrier to protect the people in the Valley. Unfortunately, when the evil Haagen von Diakonov kills the dragon knight Axel von Wallenrod, all peace is lost in the kingdom, along with Phlogiston—von Wallenrod's fire dragon.

You, young Werner von Wallenrod, have just reached your eighteenth birthday. You have just been told by your uncle that you are the son and only heir of Wallenrod. Naturally, you set out to claim your proper title. In order to establish your knighthood among the dragon knights, you must gain a majority of votes of approval from the other knights. During your quest to become a dragon knight, you also seek vengeance on whoever is responsible for your father's death.

At the time of its release, Dragon Lore: The Legend Begins was a title that pushed the technological boundaries. This is a game where you had to read the system requirements carefully to determine whether your system could handle it. Graphically, there are 2 layers to this game—the cut scenes and background arts being the first, and the character-object interaction being the second. The cut scenes and background arts in this game are excellent. While the characters in the cut scenes stand stilled with no animated movements and appear somewhat blocky, the design team should be credited for at least attempting to wrestlie with human 3D renderings while the competition still chooses to stay clear. In the actual game, the 3D characters are pasted onto the painted backdrops which grow increasingly pixelated as you draw near. The music and voice acting are professional and dramatic.

Control of the game is icon driven. You point and click in the direction you want to go on screen. The dragon cursor indicates the direction it is pointing to which ways you can proceed. This is not a 3D game in the sense that you have complete freedom of movement. Essentially, there is only north, east, south and west. Your cursor options are to pick up or use objects. You have a large inventory and a character screen where you can equip items by placing them in the hand of your character. There is also limited magic. You have a magic book and can collect a few spells that solve different obstacle you may encounter. In order to cast a spell, you must be holding the spell book. The puzzles typically have 2 solutions: physical or mental. At the end of the game, the supports or denouncements from other dragon knights of your claim are determined by the moral choices you make to solve the various puzzles of the game in either a violent or nonviolent fashion. Merits exist in either approach, since some of the dragon knights condone the use of violence while others prefer a peaceful style or a combination of both.

The first part of the game encompasses your travels to the castle and is interesting in an exploratory sort of way. The latter part begins as you arrive at the castle and this is where the major storyline of Dragon Lore takes place. The castle itself is several levels high, with puzzles across each level. What you find in the dungeon may be used on an upper level. The puzzles make sense and are relatively tight.

The game consistently features good cut scenes and background arts. Puzzles, for the most part, are logical and obvious, rewarding you a feeling of accomplishment or "I am on a roll". The option of siding with passive or aggressive approaches to problem solving adds an extra dimension to the gaming experience not found in other adventure titles. The multiple solutions also give a greater sense of freedom to approaching the puzzles. 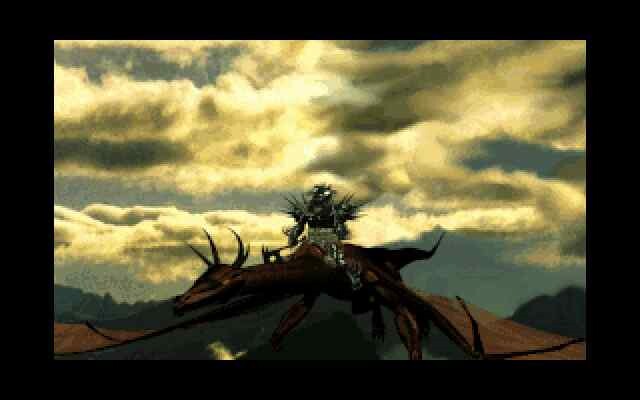 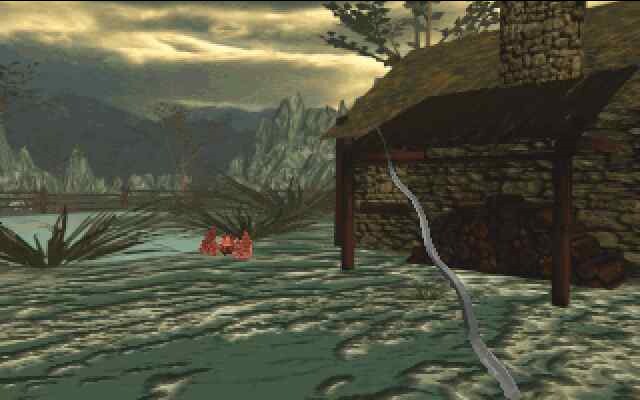