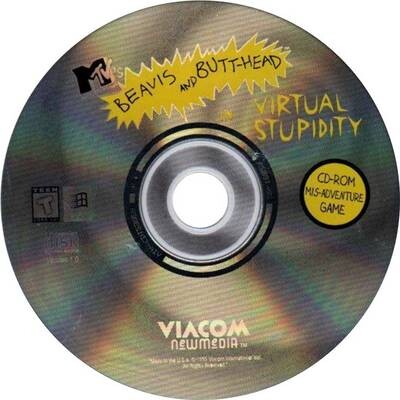 There are many ways that this game could have turned out. To prove this, simply take a backward glance at some of the B&B titles that have appeared for older video game systems such as the Super Nintendo and the Sega Genesis. All are really nothing more than repetitive arcade-style games with poor graphics and no real sound, let alone any of the insightful social commentary that the two are so apt to offer at times.

Granted, the plot of Virtual Stupidity is somewhat crude with a low-brow humor level that occasionally sinks to that of a 13 year old, but then again, that means that the normal fans of Beavis and Butthead will be quite satisfied. In addition, this game is quite beautiful and is also somewhat revolutionary. There is no text in this game, which means that both Beavis and Butthead (with voices courtesy of Mike Judge) have some sort of comment for anyone and anything. Even a search of the player's inventory of items can be a hilarious experience, with sometimes one and sometimes the other describing what it is. Occasionally, both will start to argue with each other over what it is and what to do with it, not forgetting the perpetual references to sex and other bodily functions. The graphics were done by the MTV animation studios. They are as any fan of the show would expect them to be; realistic to the cartoon with an ability to draw the player into the game. The result is simply a very engaging, hilarious experience well worth the money.

Another feature of the game are certain "mini-games" that the player will be able to play throughout the plot. These include hocking loogies at moving targets, frying insects with a magnifying glass, firing tennis balls at unsuspecting Baby-Boomers, and playing air guitar. Also notable are the two music videos by Gwar and Primus that are included on the CD. To access the videos, simply send Beavis and Butthead to their house and sit them on the couch to turn on the TV.

Why is Virtual Stupidity revolutionary? Mainly because this was a concept that could have been treated with a lot less justice than it deserved. Yet, the game designers at MTV and Viacom NM took the idea seriously and created quite a game. From the mini-games themselves to the overall plot and gameplay, this is a program with a great deal of depth and adventure. Uh-huh-huh, heh-heh, this game rules! 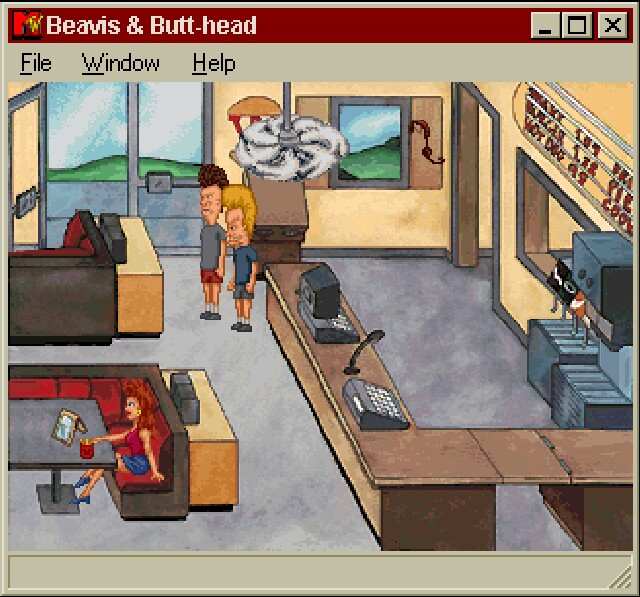 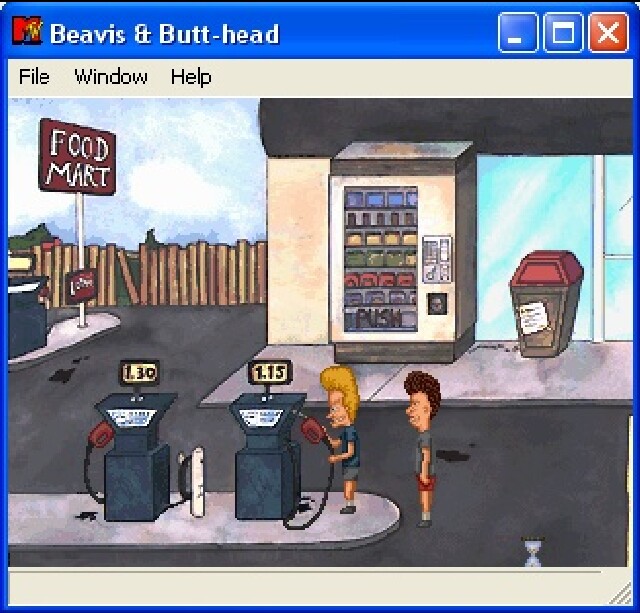