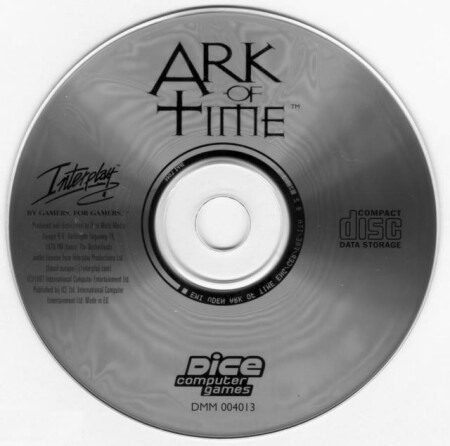 
Ark of Time is an old style true adventure game, similar to Fate of Atlantis in many ways. The story is based around the fabled lost city, Atlantis and links the myth with other ancient and mysterious cultures of our world. Hence we are presented with a theory, or story might be a better word, pondering the origins of Stonehenge, the Easter Island monoliths and the Mayan Pyramids.

The innocent abroad, the reluctant hero, they are both well used icons as computer game protagonists and Richard Kendal, the 'hero' of this game, fits into both categories. Although 'innocent' is being charitable as Richard is downright ignorant, not to mention deadly boring. He's a sports journalist who is given the opportunity to travel to exotic locations all over the world, but he'd rather stay at home with his football.

The game begins in London when the reluctant Richard is given an assignment to investigate the disappearance of Professor Caldwell an eminent Atlantologist (is there such a word, it sounds good anyway). Pretty soon he is winging his way to the Carribean, obviously his very first step into the wide blue yonder, to start chasing up clues. Then it's off to numerous other fascinating locations all of which are pinpointed on a world map and can be accessed with a click of your mouse button, which makes long distance travelling very easy.

Each location in Ark of Time has anything up to ten screens to explore, but don't imagine that the locations themselves are unique in that they are solvable as separate entities as in such games as Zork Nemesis. Not so. This adventure will have you zapping back and forth on a regular basis as you learn more and more. For instance, you'll have to return 'home' occasionally to have ancient scripts deciphered, and many of the items found in one area are more than likely relevant in another. You certainly get the run-around working your way through the story which I thought worked very well and added to the complexity of the problems.

There's lots and lots to do in this game, and many detailed screens to explore. It's deceiving at first, as it starts off relatively simply, but later the puzzles do get more complex and even the most experienced of adventurers will occasionally slip up. Amongst other things, there are mysterious objects to find and use in equally mysterious locations, a convicted assassin to exonerate, plenty of characters to interact with, a logic type process of elimination problem, and some fun puzzles at the end to open doors and escape your rather precarious predicament. It will keep most players well and truly occupied.

Everything in Ark of Time is point and click, and there are no icons for different actions. Left click on objects and Richard will describe them, right click and he will use them. After a short time travelling around your inventory. Fortunately each item is easily identified by a text description. There are twelve save game slots accessed by pressing F5 or F6 depending on whether you are loading or saving, and each game is represented by a tiny graphic to which you can add a text notation.

In end the graphics in Ark are excellent and it is a very playable game, especially for adventurers who appreciate inventory based adventures. 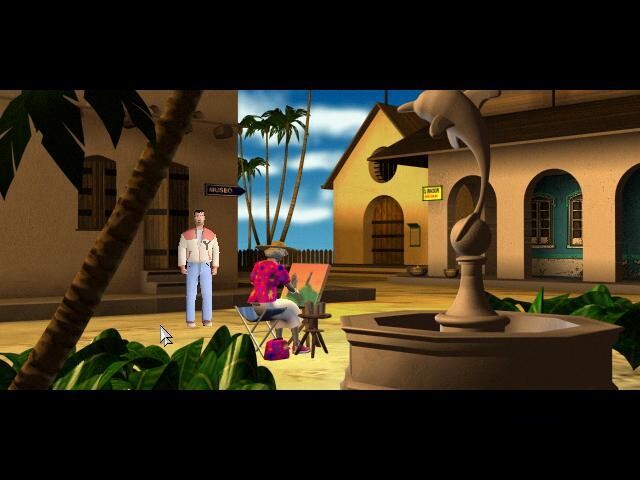 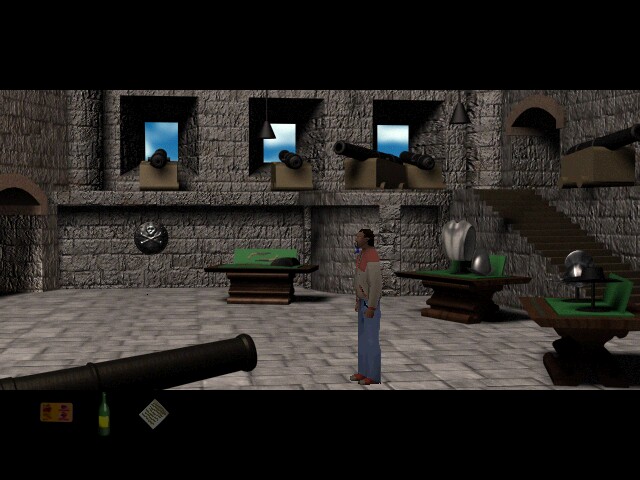