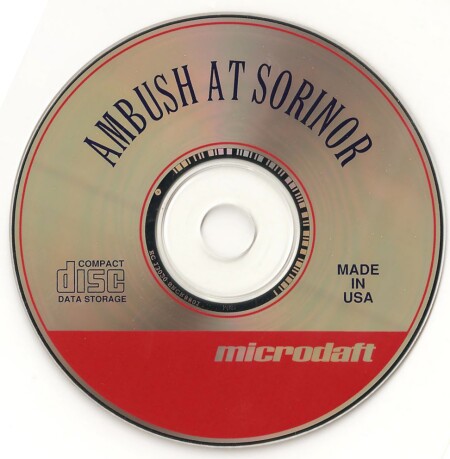 
Six warring clans are struggling to take control of the land of Sorinor. Each clan has taken to hiring mercenary commanders to kill opposing clans' VIPs or to escort their own to safety. You take on the role of one such commander, hiring mercenaries and directing them in your mission to kill or protect -- all in the quest for money to improve your chances in the next mission.

Ambush at Sorinor is a unique strategy battle game. You begin by choosing a mission (or starting a campaign, which lets you play all the missions in a continuous fashion) and setting your price. Next, you hire a number of mercenaries with your available funds and place them where desired on the map (if you are the ambusher). The type of mercenary available for hire depends on the mission taken. There are wildly differing combatants in the game (nearly 100 types), each with their own prices, ratings (speed, attack, defense, weapons, armor) and abilities. Before a skirmish, you may also buy and place traps.

Once the action begins, you may command your mercenaries in many ways. Of course you can move various groups as desired. You can command a group to wait, follow an enemy group, patrol randomly, fire randomly (if they have missile weapons), fire at a target, wait, hunt a group of enemies, or jump out of hiding and ambush. Hand-to-hand combat takes place when two enemy groups converge. The action takes place in real time and you do not have direct control over individual members of your mercenary groups. Groups can, however, be split or merged for a greater degree of control. Each character has a number of hitpoints which can be monitored.

There are three levels of magnification of the battle area -- a full map, an intermediate level, and an enlarged map on which each mercenary/ enemy can be seen and distinguished. Movement is tile-based and at a detail level on the order of a single combatant.

The action can be paused at any time to let you think about and change your commands and strategies. Commands can also be made while the game is unpaused. The rate of time passage (while unpaused) is selectable. Additionally, there is a time limit (though usually generous) in each mission.

During a battle or after it is over, battle statistics can be viewed which include casualties, whether the VIP(s) is (are) still alive, and whether the objective has been met.

If you've ever played Walls of Rome, you will recognize the basic engine and easy-to-use interface in Ambush. Commanding combatants is done in a similar way and the views and battlefield size are similar. But Ambush has more character types, more varied terrain (which affects strategy), the money element, a different strategic goal, and a few different commands.

Like Walls of Rome, Ambush includes a map and scenario editor in case you get tired of the ones provided. The editors are full-featured and make the scenarios completely customizable. Naturally, this is an important inclusion which allows the game to continue to be enjoyable even after the game has been completed.

There are also two tutorials in the manual to help you get a feel for the game. Although the interface is easy to use, the tutorials definitely help illuminate some basic strategies.

Ambush at Sorinor is definitely unique. It is a good game to play if you enjoy creating your own games like I do (using the map/scenario editors) or if you like strategy but don't have a lot of free time. 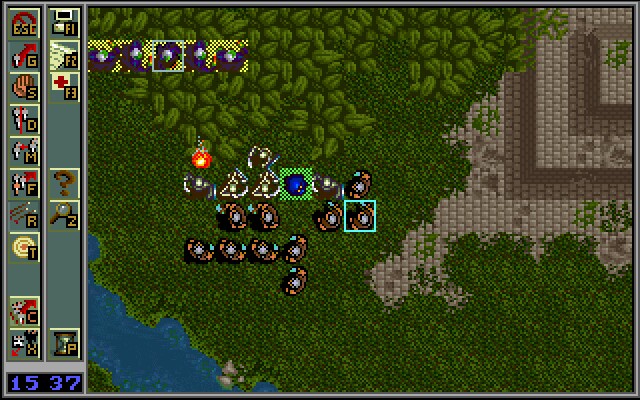 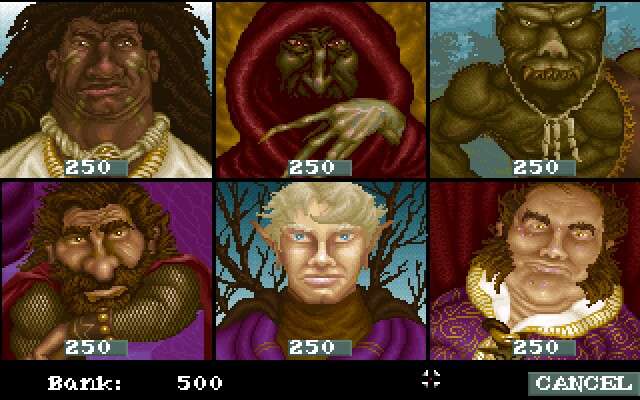