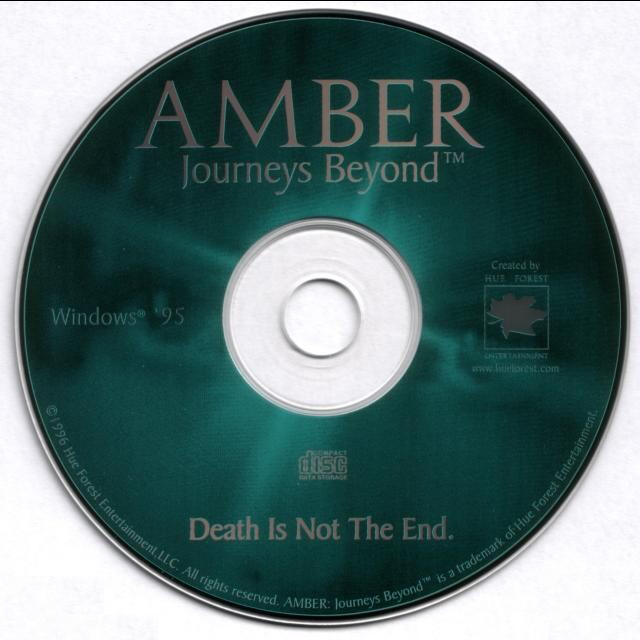 
I am pretty jaded when it comes to adventure games, having played so many of them, and so it is a rare thing for one to surprise me. This was one of the exceptions. At first glance the game looked like some metaphysical exploration/know yourself kind of junk. But no, it turned out to be a horror game extraordinaire.

The game opens with an email message asking you to check up on a coworker of yours, who is in a haunted house testing some new equipment that is supposed to aid in tracking ghost activity. Of course you agree, and you set off. When you get near the house, an apparition appears in the roadway and you swerve into a lake. You drag yourself onto the shore and set off up a hill to the house. When you check the garage, you find Roxy, the coworker, unconscious or dead in the loft. You enter the house and find pieces of her ghost-busting equipment all over the place. Your first task is to make it all work again, and then you must make yourself into each of the ghosts, using a special headgear called Amber, in order to free them by making them know they're dead, and ultimately revive Roxy. Each of the subplots deals with a form of man's inhumanity to man and thus is far more horrifying by its reality than if it were purely based on the supernatural. The tension in my computer room was palpable as I played this game. I kept having to take breaks because the walls were closing in on me, I was feeling little breezes blow through my hair (turned out to be the heater), and I kept hearing noises. This story is thick with atmosphere and manages to be sweet, sad, horrific, terrifying, and believable all at once ... it's a real ride on an emotional roller coaster.

Gameplay is extremely intuitive. The interface is pure point-and-click, and the cursor changes shape to tell you what you can do when you move it over a hotspot. However, there were a couple of hotspots that were really small and hard to locate, so there is a bit of pixel-hunting (but not for objects, just for hotspots). There are a few inventory puzzles, but mostly you progress based on close observation of your surroundings. You can't die or make a wrong move, which is a plus for me, and I ran across no bugs or system hangups. However, while I enjoyed Amber all to pieces, I would be remiss if I didn't mention there was a maze (albeit an easy one) and a slider puzzle.

The beautiful mid 90s graphics are largely photorealistic images in the slide-show style of Myst and Riven, but animated sequences are interspersed strategically throughout. It's obvious that the artist(s) had a great deal of design experience and a good eye for layout—there was no clutter, although there was plenty to see and do, and each of the styles for each of the ghost segments was perfectly executed. Even though the graphics are not technological marvels, they were artistically almost awe-inspiring. The level of detail was a marvel, too—for instance, Roxy got her diploma from Miskatonic University in a subtle tip of the hat to H.P. Lovecraft.

The music is movie-quality although not in the least bit bombastic. In fact, it is downright lovely much of the time, a la Mike Oldfield, and it absolutely heightens the tension—and there is a lot of tension in Amber. Sound effects are fantastic and used in all the right places. When I heard a sound effect, I knew exactly what it was supposed to be. The voice acting, while there was not a lot of it, was not at all cheesy in the usual second-rate video game style.

In conclusion, if you want a horror game without gore (there is the teeniest amount of blood but it's on people already dead and not at all disgusting) that truly will cause chills to run up and down your spine, I recommend Amber over any other that I've played in the horror genre. It was good enough that I would go so far as to rank it in my lifetime top ten. 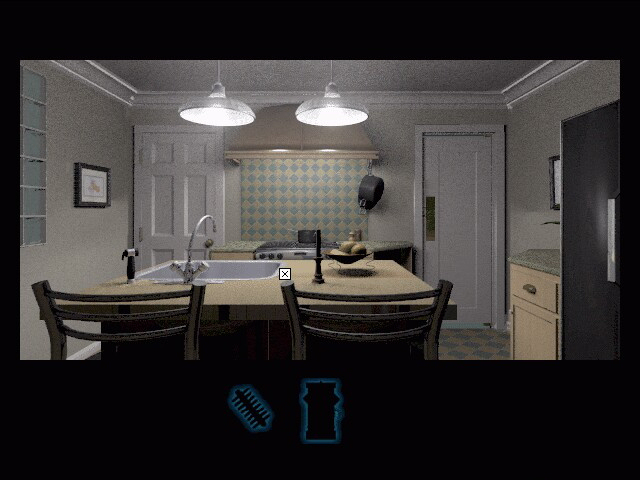 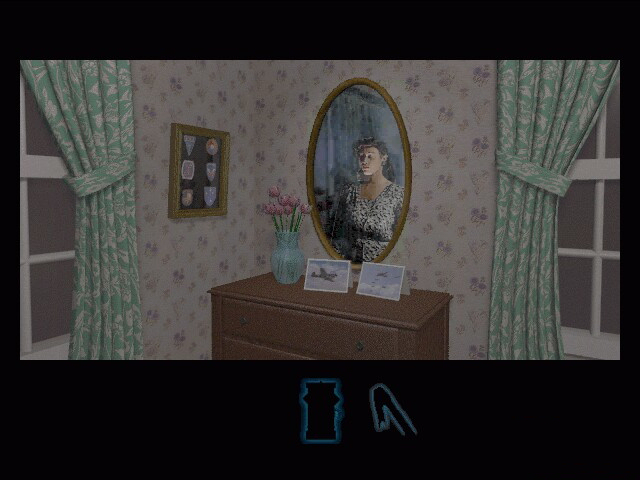