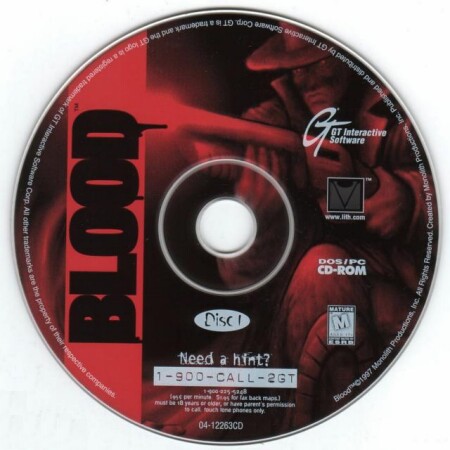 
It's derivative, it's violent, and definitely tasteless at times - but it's almost always fun. If you like early first-person shooters you'll want to add Blood to your collection.

Whatever else you say about Blood, you gotta admit that Monolith didn't try to sugarcoat even minor details like your character's background or motivation. Caleb's his name, and until he met Ophelia Price, he was simply a murderous gunfighter roaming the American West of the 1870s. But he was turned from his gunslinging ways when he met the devil-loving Ophelia Price, whose husband had just been "corrected" for trying to leave the local Cult of Tchernobog, apparently a wanna-be Satan who has pretty much all the powers of his idol. Ophelia coaxed the relatively virtuous Caleb to join her in the cult, and whaddaya know - he liked it!

Turns out that demons aren't exactly the most trustworthy entities you can deal with - Tchernobog kills all his followers during a ceremony and spirits away Ophelia, condemning ol' Caleb to a cold, musty grave. But Caleb's not really dead, and when he's somehow resurrected, he's ready to exact a little frontier justice on the master who betrayed him.

Once it all starts, you'll see why it's called Blood. Lemme tell ya, there's so much of the red stuff flyin' in this game it makes a Dario Argento film look like Romper Room. Heads are decapitated, skin peels off flesh, and enemies burst into flames and stumble in a daze screaming "IT BURNS!" - if you'd thought you'd seen it all, Blood might be just the jolt you need. It's not enough to actually scare anyone unless they're a kid - we've seen this stuff on a much more realistic level in films - but combined with the Satanic themes, it's definitely a reality check for fans.

Amidst all the bloodletting, a lot of subtle touches will bring a smile to your face as you deal out death on all who stand in your way (including loin-clothed innocents who run around with arms flailing as demons chase them). Kill a Tchernobog cult member, for instance, and you'll see his feet twitch as he settles into a pool of blood. Blast the head off a zombie, and it might wind up floating in mid-air; if it's lying on the ground, you can boot it around like a soccer ball. There's all sorts of references to horror movies, including a frozen Jack Nicholson from The Shining (the level starts out with Caleb's baritone voice intoning, "Come out, come out, wherever you are!") and a placard at a train depot that reads "Miskatonic Station" (see: H.P. Lovecraft). There's way too many to mention in the space here, but - if you keep your eyes free of flying goo - you'll find plenty of inside jokes here. And Caleb's a real talky kind of guy, singing snippets of songs like “Somewhere in the Night” and “Putting on the Ritz” as you pause to catch your breath, not to mention the expected wisecracks when enemies are killed.

But the bottom line is that a ton of blood and clever jokes doesn't make a game fun any more than they make a movie compelling. If Blood relied solely on ultra-violence and nothing else, it would fail just like a bad George Romero or John Woo movie. No, for a first-person shooter to be a winner, it must have a nice arsenal of weapons, a good variety of enemies, well-designed levels, and good graphics. And in almost all those categories, Blood racks up some pretty good marks.

Let's start with the graphics. Enemies are generally as well rendered as in Duke Nukem 3D, but I'd have to say they move a little bit more realistically - assuming the word "realism" has any place in a review about a resurrected devil-worshipper. The color palette is a little on the bland side, but that's more than made up for by outstanding textures and very impressive lighting effects.

Then there's the weapons - and this is one of the places where Blood really stands out. This ain't no half-baked armory: you've got a pitchfork (for what that's worth), flare gun, shotgun, Tommy Gun, napalm launcher, dynamite, aerosol can and lighter (uhh, don't try this at home), Tesla cannon, and the "Life Leech," which fires a spray of sparky stuff that'll toast all but the most resilient minions of that Satan-wannabe. Many killing tools have alternate fire modes that'll let you use a lot more ammo but get the job done a lot faster, and there are three different ways to use the dynamite (proximity, timer, and fuse length). And don't forget the Voodoo Doll - this might be the coolest little accessory to ever grace the weapons belt of a first-person killing machine.

There's a nice array of evil ones to wipe out with all that firepower, ranging from your run-of-the-mill zombies ("More brains!") to incredibly tough gargoyles and hell hounds to mice and bats and even underwater fiends. And that underwater part brings up the level designs: they're some of the best seen in a 3D shooter. They span all types of geography and history (you'll see what I'm talking about), they're all about the right length, they link together in logical fashion, and, just as in Duke Nukem 3D, you can poke, shoot, or explode just about everything you see. 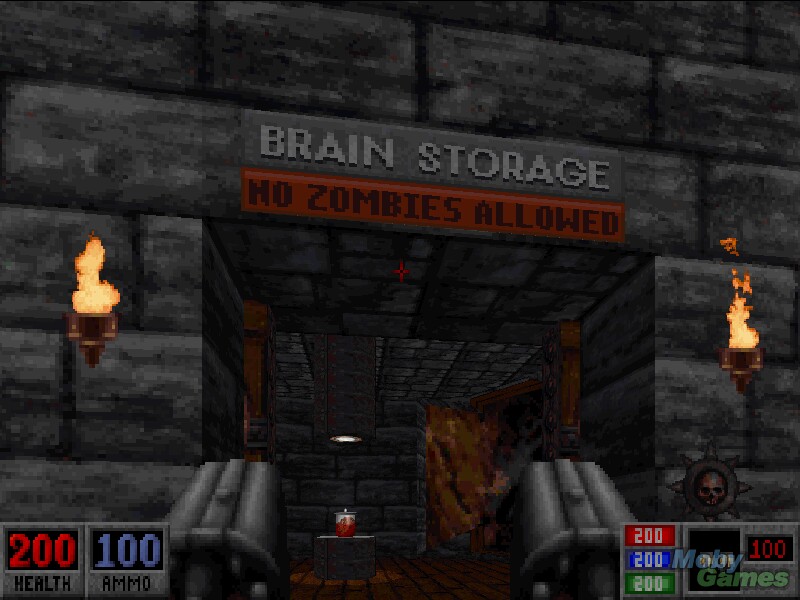 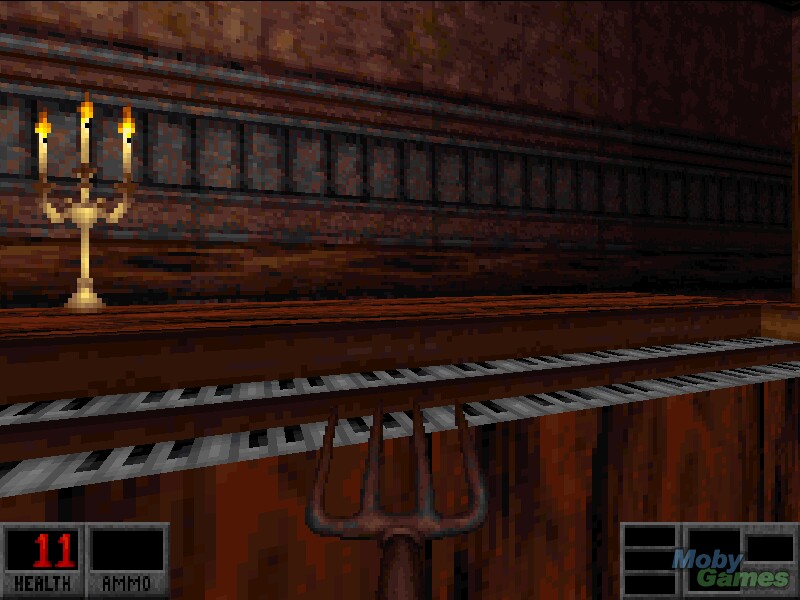