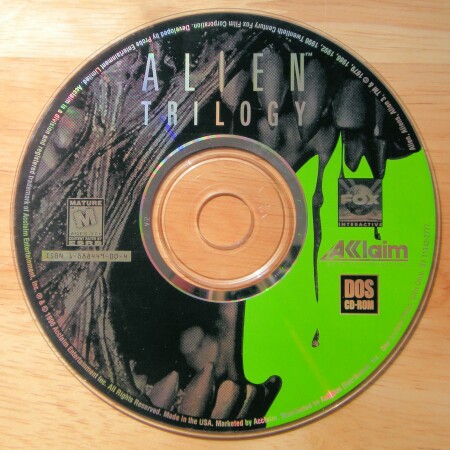 
Games based on movie licenses almost always fail. The problem is that they never hold true to what the movie was about. Rarely does a game based on a movie capture the essence of that movie's atmosphere successfully. Based on the first three movies of the Alien series, Alien Trilogy is one of those rare exceptions. Originally released on the PlayStation, this game captures the terror, environment, and atmosphere that made the movies so good.

You assume the role of Ripley and take to the alien worlds from a first-person perspective. Your primary objective is to destroy the Alien Queen and all its hideous creations. The quest spans over 30 levels with various alien-infested locations. Venture through the aliens' home world, a prison installment, and a human colony overrun with face-huggers and other unnatural things. Every level was designed around and inspired by the movies. It is evident that a lot of thought went into the level designs, all of which really do a good job of capturing their movie counterparts. The texture usage, while not as sharp as the PlayStation version, is great for the time and the overall look of the game pulls you into the alien world.

Enemies in the game provide a more than adequate challenge. You'll have to put up with those nasty crablike face-huggers, eggs that creatures hatch out of, regular "trooper" aliens, and the Alien Queen herself. Fortunately, you have a radar system that will tell you where the enemies are and you won't be going up against them empty-handed. Use pistols, shotguns, and even pulse rifles taken straight out of the movie. In fact, many of the weapon sound effects were taken directly from the various movies--a very smart move. Speaking of the sound, the music is very dark and ambient. The mood is set perfectly and may even begin to freak you out after a while!

If you're a fan of early first-person shooters or just an Alien movie buff you should try this game. It is a very faithful movie translation that is action-packed, freaky, and just plain good. 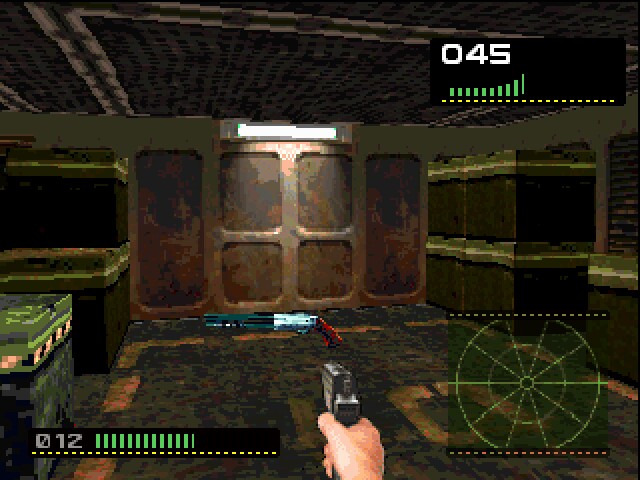 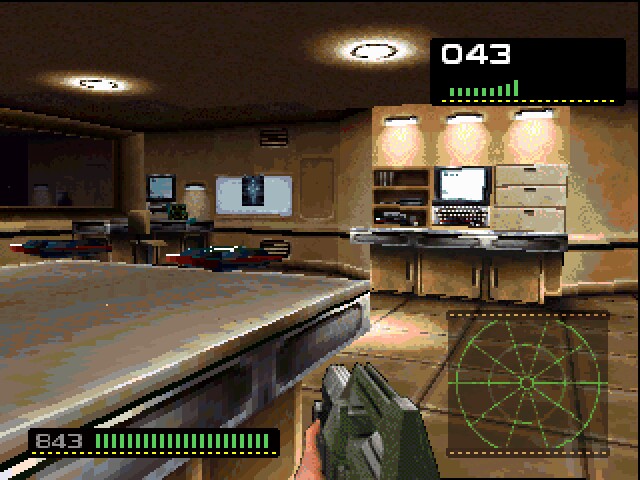