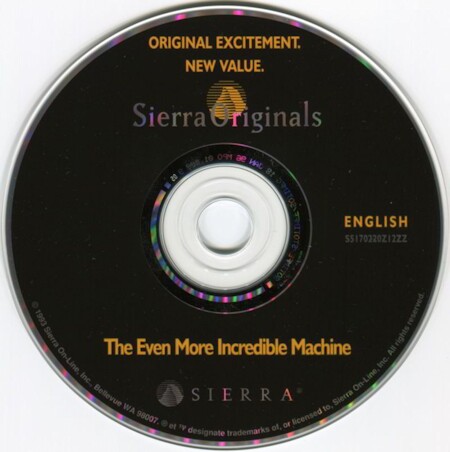 The Game
In the Incredible Machine you must complete a series of tasks given two different sets of tools. One set, on the work area when you start the level, are beyond your control. You either have to work with or around them. The placement of the other set, shown in the parts bin to the right of the work area, is controlled by the player. To solve the problems (of which there are 85), you move some or all of the parts over to the work area. If a part just can not be put in the current position, a red X will appear on top of part being moved. You can't drop the part until the X goes away. That's it, and most levels can be solved in 10 to 20 minutes of work. However, some of the puzzles can take you hours of staring and tinkering to get right. In a lot of ways, these puzzles are what the game is all about. Some parts get moved by mere pixels for optimal positioning, and completely reviewing your strategy is occasionally needed. The programmers modeled the behavior of quite a few objects and tools above and beyond just ballistic arcs, and you don't have to find the one, specific solution the designer had in mind. Any machine that does the trick is fine with TIM. Almost half the fun is finding other, even more interesting, ways of doing things. For example: on the first puzzle (the one with the walk-thru in the manual), I came up with an alternate solution that only used two belts.

Finally, there is the Free Form Machine. Here, you have access to all of the parts in the game, including quite a few you never could use in the game itself. I found the free form mode extremely useful for testing things to use in a puzzle (for instance, to definitively find out if Pokey the Cat would fit through a certain-sized hole). Although I'm sure there will be traffic in sharing machine designs, Free Form didn't interest me that much after I completed all the puzzles. More often, I found myself going back to favorite levels and looking for more solutions. However, I must admit there is a definite enjoyment factor in setting off an entire screen worth of dynamite.

In The Incredible Machine, Sierra created a game apparently targeted at the legion of Lemmings fans, with a good, healthy dose of Rube Goldberg thrown in. Instead of controlling a bunch of dim-witted mammals intent on walking straight ahead, you assemble the pieces of a fantastic mechanism to achieve your goal. Both are games for people who really enjoy problem solving. 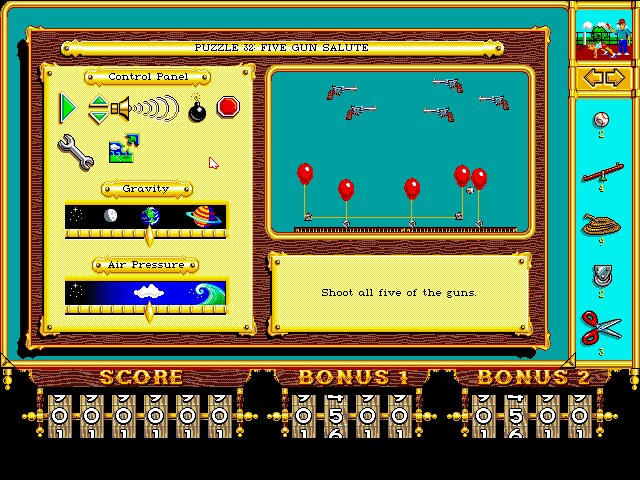 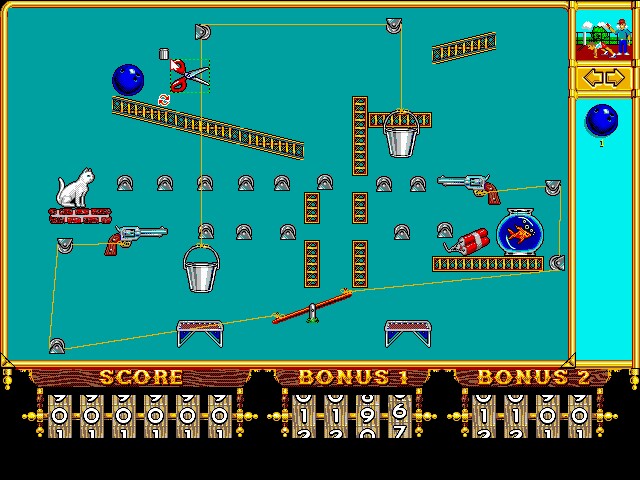