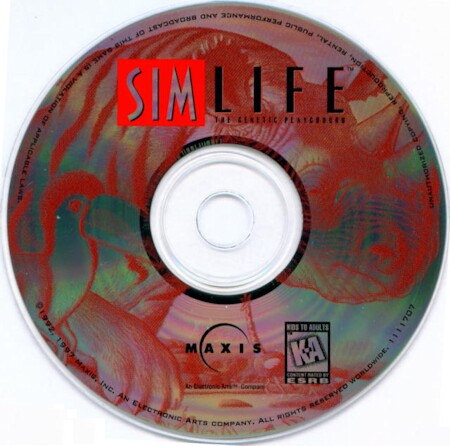 The Game
It could be said that SimLife is the ultimate way of pretending to be your favourite omnipotent deity. Long before "Black and White", and taking a completely different spin on playing god, this game gives you the real tools of life, the ability to control physics and biology.

SimLife is a simulation game based around creating and nurturing life on the world of your choosing. You are given a wide array of tools to do this, from being able to alter the characteristics of each animal or plant, to changing the climate and the lay of the land.

A helpful way to be shown around the SimLife toolset is the tutorial. This gives you a step-by-step walkthrough of the basics of SimLife, allowing you to get to grips with the complexity of tools on offer. I would definitely recommend using this for a newcomer, as although the buttons and menus are quite intuitive, the sheer mass of commands and possibilities available make jumping right in a daunting and difficult task.

There are various scenarios that you can challenge yourself with. These are recommended for those who like to have something specific to play for, rather than creating something more free-form. The scenarios are perhaps a little limited for those with particular aims in mind, but there is some variation within them.

You can of course, as with most simulation games, just go for a sandbox game, where you are limited only by your own ability and imagination.

The difficulty curve is a little on the steep side, but this is helped by both the tutorial as mentioned earlier, and also the ability to change the difficulty of the game, which alters the basic game mechanics. Changing the difficulty has an effect on your score, so if you're looking to set a record, you will probably have to look to the harder difficulty settings.

In many ways, this game is an amusing, if intense, playground in an "Island of Dr.Moreau" way. There is considerable challenge available for those with the skill and patience, but anyone looking for a quick, pick-up-and-play game will do better looking somewhere else.

If you have had experience in other Maxis games, you will find the interface and attention to detail a bit more pleasing, but the sheer amount of tools and buttons available may lead many people to grow frustrated and bored.

SimLife is a game for purist simulation lovers, and those with a history of playing intricate management games. 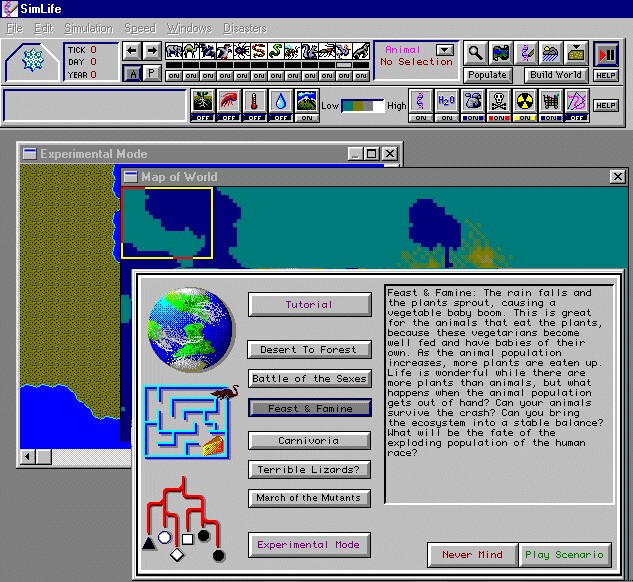 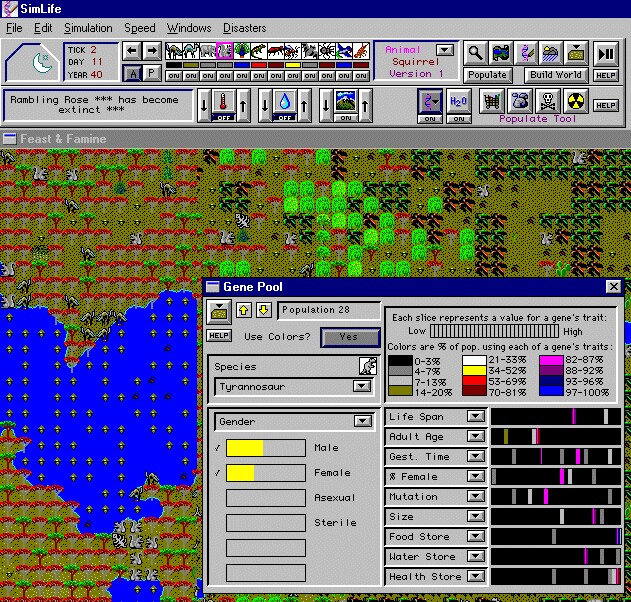