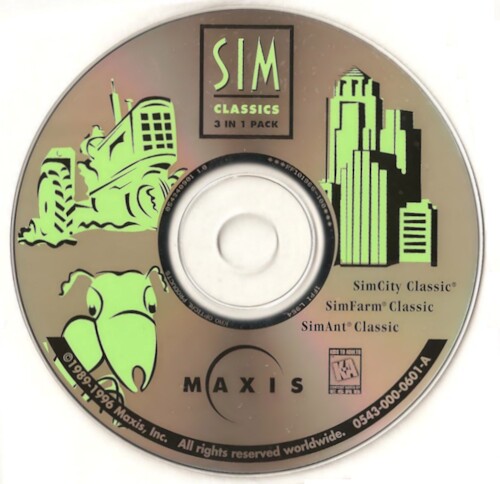 The Game
Yes, you're an ant. A black ant in a new colony. Your mission is to spread the colony beyond the single piece of the yard that you're in to take over the entire yard, without the owner of the house mowing, exterminating, or otherwise removing you. In case that wasn't enough, there's also a colony of red ants that's trying to do the same thing. Black and red ants share the same love as Kurds and Iraqis, and will kill each other at any opportunity. Finally there are the natural hazards such as spiders, ant lions, rain and the like. All in all, a dangerous universe.

You can take control of any of the black ants, whereupon you turn yellow to distinguish you from the rest. If the ant you're using dies (usually because a spider sucked your insides out) you just take over another. As long as one ant is left, you're immortal. You have the ability to call together groups of ants and lead them on expeditions to wipe out marauding spiders or enemy colonies. And then there are all the other complexities to deal with.

Let's face it, you can't deal with individually managing each one of hundreds of ants in dozens of colonies, so the computer runs them, meaning that you aren't in control, except for the groups of ants you're leading in attack. However, even though you don't micromanage, you can control the overall direction. You control the breeding ratio of workers, fighters, and breeders. If you are about to make a major attack you'll want more fighters and breeders (to make more fighters), and if you're busy expanding you'll want a lot of workers. Then there's the choice of how many you want digging, nursing, and foraging. You can have the computer control both of these choices for you, or you can do them manually, adding a little difficulty to the game.

However, that's just one little part of the yard. There are 154 of those little squares, and your mission is to conquer them all. And then there's that strange huge structure on one side of the wall with that big two-legged and four-legged monsters living there... Now this is the long involved game that Maxis was famous for!

And that's even more information to manage - what's going on at all the colonies, and what's going on overall. The yard view is especially entertaining, as the man and dog actually do things, sort of like with the Little Computer People Project. The guy mows the yard, sits and watches TV, gets food from the fridge and eats it, etc., and makes these little comments.

Okay, now you have your nest windows, your behavior windows, your aboveground window, your yard window, your history window, and all sorts of option buttons. This thing must be harder to use than a stealth fighter! Well, not really. It's as hard as you want it to be. Maxis has refined its interface to the point where you can get all that information is easily usable and interpretable format. All the command buttons have meaningful pictures on them that represent the command (the button to show you the inside of the black nest has a picture of a nest with black tunnels), and you can always hit the "?" button, which will overlay the window with a meaningful description of all the buttons. If you don't want to worry about behavior or breeding, set them on automatic and close the windows. If you're not in a full game, just close the yard window. If the history window doesn't help you, close that. You can get away with just the overhead map and the ground detail window.

As you can probably tell, if you're into detailed simulation games, Maxis did it again with SimAnt. 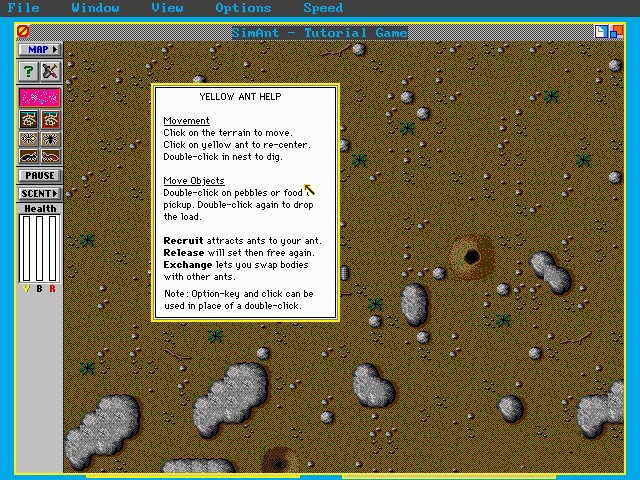 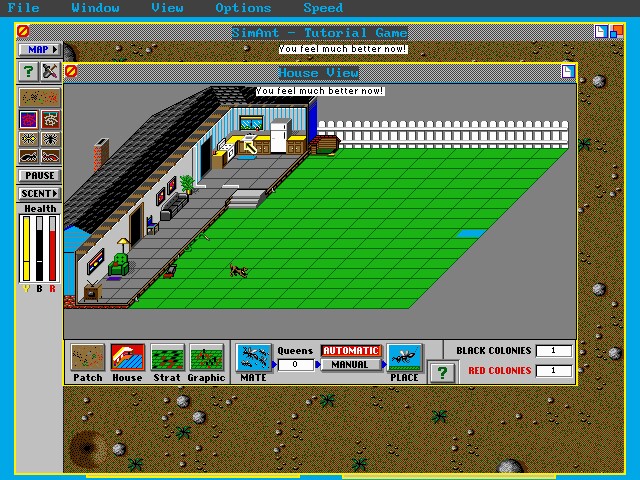 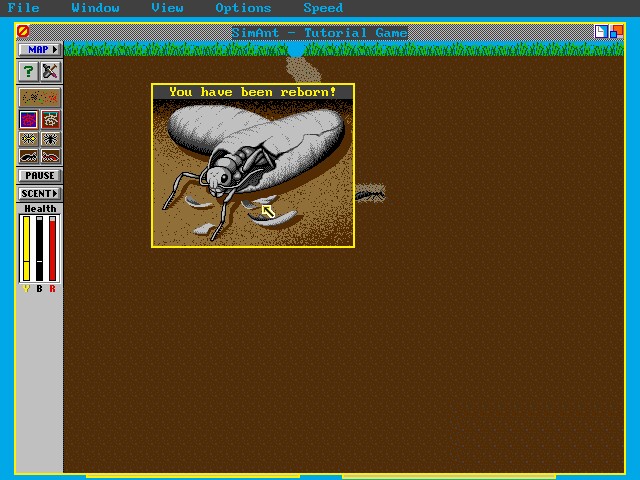