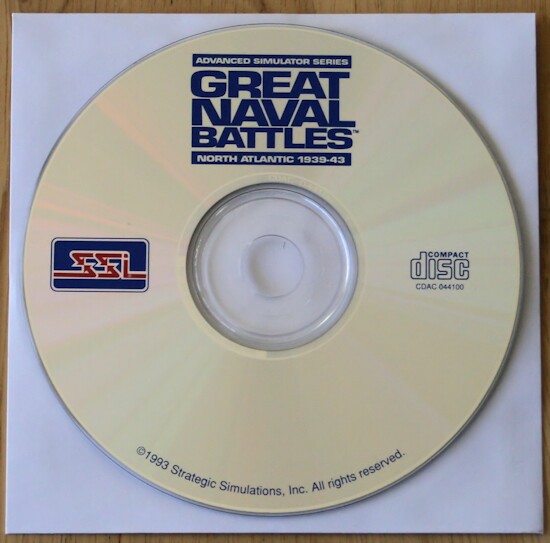 The Game
Great Naval Battles of the North Atlantic (GNB-NA) is set during World War II and covers the convoy engagements between the surface fleets of the British Royal Navy and the German Kreigsmarine. You control one of the fleets in all its facets, from the grand strategy down to the aiming and firing of the guns. Luckily for us most of the most mundane tasks in GNB-NA can be left to the computer (like the aiming of those guns). GNB-NA focuses solely on the big surface ships in the war. The German U-boats are uncontrollable in the game and that is pity. Not that submarines do not have a role to play but they are handled by the computer and you are notified only of the results. Not even all surface ships have been included for either the British or the Germans. The Germans especially have gotten the short end of the stick. Many of their cruisers are nowhere in sight. The ships the Germans captured in their conquest of Europe are also never added to your total. This was not done out of spite however. The computers of that time had only very limited memory capacity and tough decisions had to be made.

What you are left with as the Germans is a very small amount of heavy ships and a handful of destroyers. With those limited resources you need to take on the mighty Royal Navy and sink as many ships as you can. As you attempt to do so you will see just what kind of a precarious mission that was. Sailing out of Kiel the Germans had slip past the British main naval base at Scapa Flow (on the North tip of Scotland) and past their patrols around Iceland. Only then they would reach the open waters of the Atlantic.

Battle takes place on a separate level. A top down view shows your ships and the enemy ships that are visible. No fancy graphics here just the bare minimum you need to control your ships. This leaves a lot processing power to calculate all the variables that are in the simulation. Winds, light level, distance and rain are just a few of the many variables you have to content with while fighting. Damage can be repaired by damage controls teams. When a ship on fire or taking water these teams race to the scene and start combating the fire and plugging the hole. If left uncontrolled fires will spread and your ship will sink or capsize. Ships guns have accurate range and ships take damage to specific sections so damage will begin to diminish the ships fighting capability even though it is not about to sink. As I said earlier many of the functions onboard a ship can be manually controlled or left to the computer. It is best to leave everything but the plotting of the course and the choosing of your targets up to the computer since it can handle that very well and it leaves you free to direct the course of the battle.

GNB-NA remains a classic of its age. WWII ship combat simulators are in no short supply but few if any match the playability of GNB-NA, not even by its four sequels. GNB-NA will have you up until the wee hours by wanting to destroy that last convoy before you pass out from exhaustion. 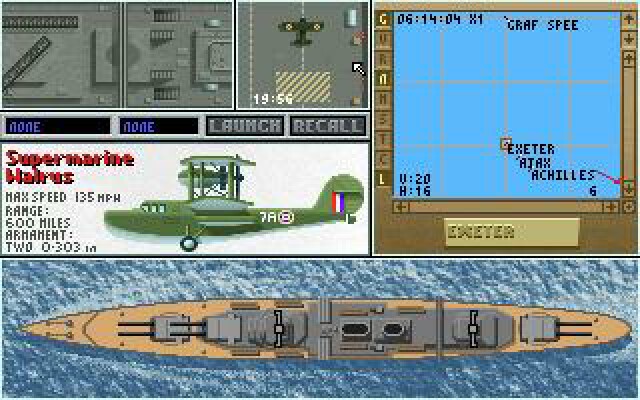 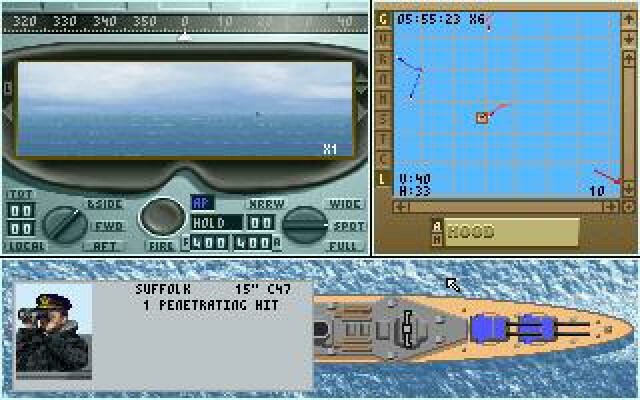