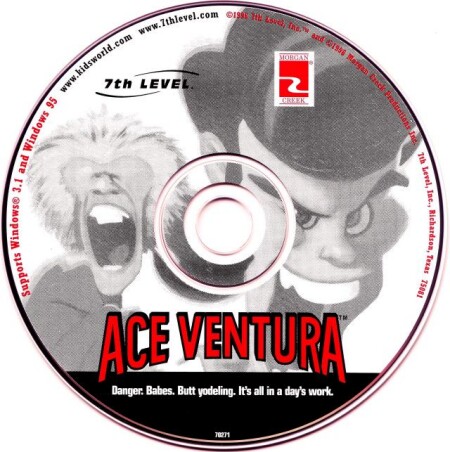 
Borrowing from the Ace Ventura cartoon series, the game features all the same gags, mannerisms, and obnoxiousness from the world's famous pet detective - the kind of stuff that's so stupid, you have no choice but to laugh. And it's the humor that keeps the game afloat.

Once again, Ace is on the case, this time traveling the earth looking for a lost creature. Masters of click-and-solve games of the era, like 9: The Last Resort, or Timelapse will probably be able to finish the game somewhat quickly.. The objects and scenes have that bright, vivid cartoon quality. And if you ever actually get stuck, a special button on Ace's watch delivers audio clues that take out most of the guesswork. There's even a setting that lets parents edit out some of Ace's choice phrases.

The various puzzle-filled scenes are sporadically broken up by arcade action. Challenging tasks like swimming through the murky waters of the deep, avoiding trash and oil slicks, and getting in a basic laser fight are a nice way to mix things up.

Although the Ace Ventura game doesn't claim to break new ground, it possesses one nice feature that all developers of endlessly-clicking adventure games should take note of. When you click on an object that you don't need, Ace pipes up with such witty things as "Yeaaaahhhh righht!" and "not enough upper body strength." That alone saves hours out of wandering around, which is usually nothing more than absolutely frustrating.

All told, it's Ace's lowbrow humor that makes this a fun game to play. As in a lot of adventure games, long, drawn-out stories are told in between each level. But refreshingly, the scenes are actually entertaining - a good thing, since there's no way to skip them. You'll likely cruise through this title but you'll have plenty of fun getting there. 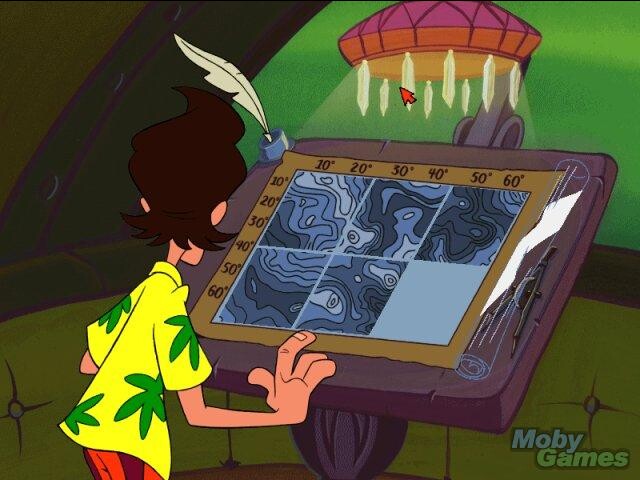 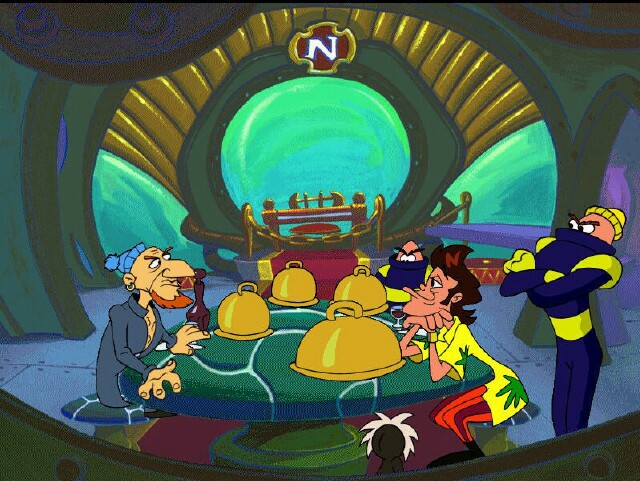