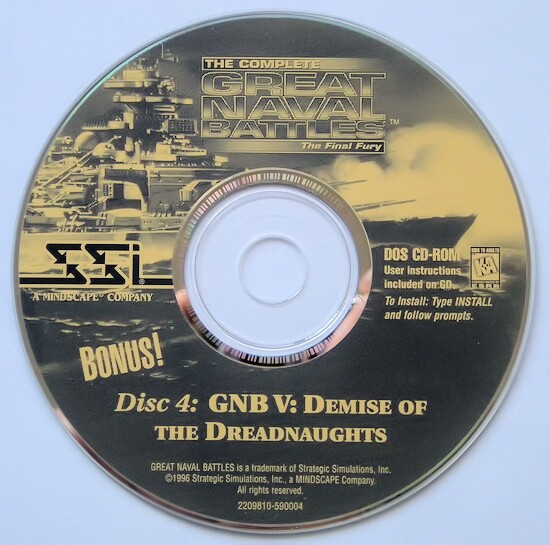 The Game
Great Naval Battles V: Demise of the Dreadnoughts: 1914-18 is the final entry in SSI's long line of good World War sea battle simulations. The game uses the GNB IV engine, but with WWI ships instead of WWII, and no aircraft.

Logic is the key to success in this game as the AI will attempt to thwart you at all times. The best way to win the major battles is to make certain that the battle strategy is sound and well- balanced. Sometimes, the gamer will get a break and will be able to swarm a large battle cruiser with smaller ships successfully. Likewise, a large cruiser can sometimes run right over a fleet of smaller gnats without incurring much damage. However, most of the time, an attack of balanced firepower, speed and defense is required for a victory.

Creating a scenario to play can't be simpler: you pick a map, select which bases are active, choose a time period, and place resources at various locations. At the bases you can set the number and types of planes, AA, supplies, troops, and radar. You can choose up to 14 of ships to put into a fleet. You can set the ships to start in port, or "script" them to do so only after a certain time has passed. You can customize many other variants, such as weather, submarine activity, base victory points, menu settings, and scenario descriptions. You can then save your scenario and play it by choosing "User Scenarios" from the main menu.

With excellent mid 90s SVGA graphics, good interface, a wide variety of ships and options, and a competent AI that fixed many of the bugs in the earlier games, GNB V is a worthy end to one of SSI's best series. If you enjoy naval simulations or World War games in general, check it out. 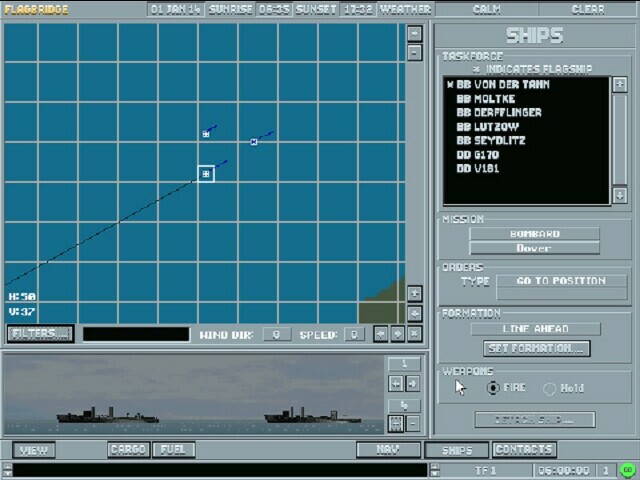 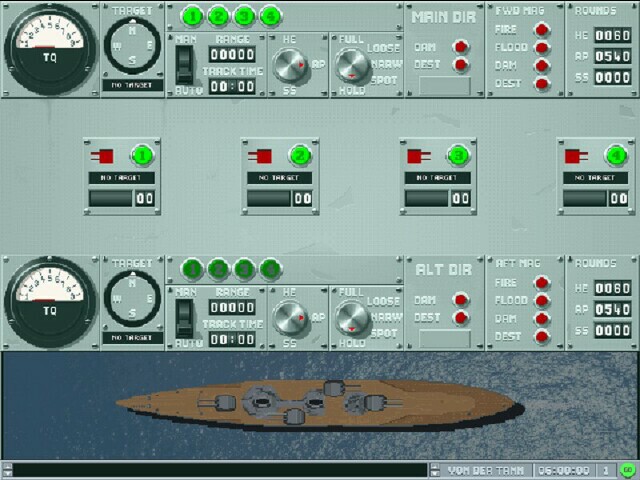