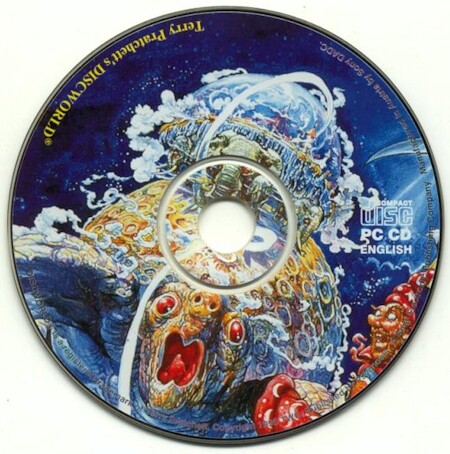 The Game
The 1990s saw Terry Pratchett's series of novels become bestsellers. It was inevitable that a computer game adaptation soon followed. While it’s the fans of the books that will get the biggest kick out of this game everyone that enjoys a good adventure is sure to be pleased with what’s on offer. Starring none other than the bumbling wizard Rincewind you have to guide him through four acts of absurd quests in an attempt to rid the city of Ank-Morpork from a pesky dragon. The storyline involves all kinds of time traveling, secret brotherhoods and other craziness that could have been lifted straight out of a Discworld novel. Since the books are all so incredibly bizarre and filled with absurd stuff I’m not even going to attempt to describe the world you find yourself in but suffice to say expect the unexpected. This game is filled with characters and locations from the books which make it even more entertaining to play if you know your way around. The graphics deserve special mention since all the locations are hand drawn and filled with animation. Characters are nice and big with some cool animations themselves. There is also no cumbersome interface to clutter up the screen so the whole game looks like one of the discworld graphics novels. You get to snoop around the Patricians palace, visit the “Broken Drum” bar, explore the Unseen University and even go over the edge of the world. Brace yourself for encounters with the simian librarian, Cut-Me-Own-Throat Dibbler, Carrot and a whole bunch of other famous Discworld faces.

Like I said the interface is nice and simple so all you have to do is right-click on an object to examine it or double-click on it to pick it up or use it on something else. Everything is conveniently stored in the “Luggage” which for those who haven’t read the books is a chest made of “Sapient Pearwood” and follows you around on tiny legs. The thing acts like a dog and is definitely the coolest inventory ever to grace a game in this genre. Since this is Discworld you can expect a few obscure puzzles but thankfully you can’t die or misuse items which cut back considerably on the frustration factor. There are plenty of characters to talk to but the conversation system is handled a bit different than what you’d expect from this type of game. Instead of a list of questions and responses you only click on the type of question or statement you want to make. So for example the question mark will let Rincewind ask something while the thundercloud is for venting his frustration. You can exchange pleasantries or make a joke and if there is something specific you can ask a person about it will show up as an icon of its own. This is a rather simple approach and some of the conversations can turn into tedious, long-winded and pun filled monologues about nothing but this is Discworld after all.

Audio is a definite highlight and the license has definitely gotten the polish and attention it deserves. Some big names have signed up to provide the voice-overs so Monty Python fans are in for a treat as well. The music isn’t half bad either.

While Discworld may seem a bit too strange for those who have never read a Terry Pratchett book it’s definitely one of the more entertaining games in the genre and I’m sure fans of the literature will have nothing to complain about. There’s still plenty of potential left untapped so hopefully this isn’t the last we see of this strange world either. be re-enacted against an AI following historical tactics or alternative strategies, while newcomers are provided for with smaller scenarios focusing on key engagements of the conflicts. 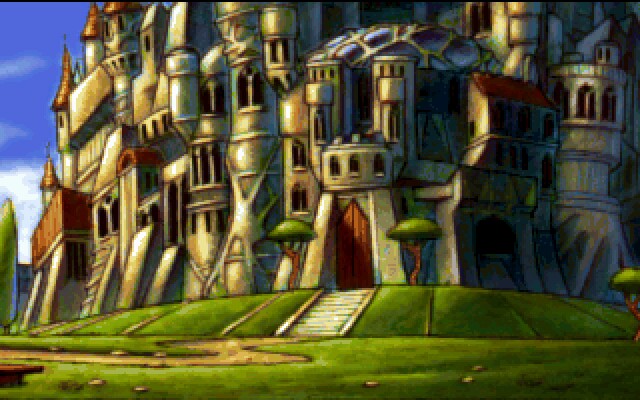 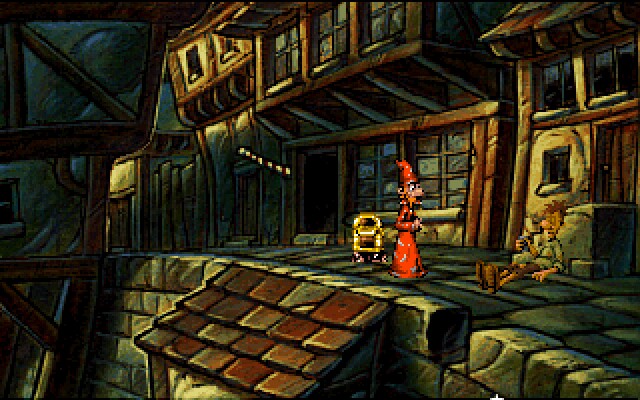