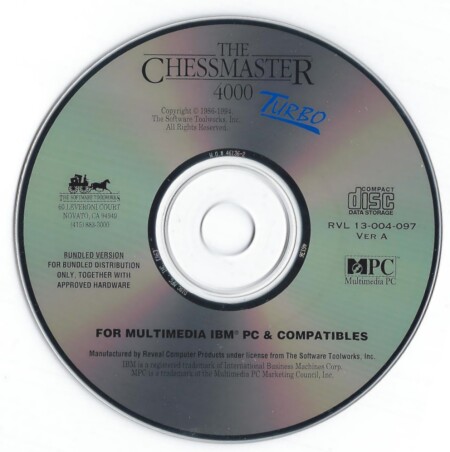 The Game
The first version of Chessmaster, Chessmaster 2000, appeared in the mid-eighties on the Amiga/Atari and was later transferred to the PC. Each version has offered more features than its predecessor and a modified chess engine. With its wide range of features and beautiful graphics, the Chessmaster-programs mostly appealed to the novice and the average chessplayer. Chessmaster 4000 Turbo, however, combined many sophisticated features and a stronger chess engine to form a more serious chess program. It was the first version to use a 32-bit chess engine, written by the well-known chess programmer Johan de Koning

Chessmaster has a new and improved graphical presentation. The windows and menus bears a distinctive metal-look, while the pieces and boards are neatly drawn with great attention to detail. By using a mouse or the keyboard you can access the program's features, which is logically organized in eight pull-down menus. As in earlier versions, certain commands are executed via handy hot-keys. For example, you can take back a move using the keys CTRL+T instead of the menus. Information windows and boards can be placed anywhere on the screen, and you can resize the windows to create custom arrangements.

Chessmaster handles transpositions in the opening-game, which means the program can recognize the board position in its opening-library and not only follows a sequence of moves. Besides traditional game-analysis and Natural Language Advice, Chessmaster can 'annotate' a finished game in simple English. After you have entered the thinking time for each move, the computer will run through the whole game and add comments where it finds it necessary (mostly in tactical positions). The new auto- annotator is a combination of NLA with expanded vocabulary and opening-book comments. Despite its many restrictions, it has some practical value if you are a novice and its opening-book comments were often interesting.

The number of predefined playing styles has increased to about 40, compared the Chessmaster 3000, drawn from personalities like Kasparov and Seirawan. This high degree of customisation is undoubtedly one of Chessmaster's strongest sides. Other enhancements worth mentioning are the new chess tutorials, written by GM Yasser Seirawan, with emphasis on pawn structures.

Chessmaster has a varied opening-repertoire when using its standard-library of 40,000 moves. The choice of opening moves frequently leads to open play, which suits Chessmaster's aggressive playing style. Chessmaster 4000 incorporates an engine based on the King 2.0-program. This program originates from a dedicated ches -computer called ChessMachine 30 Mhz (CM 30).

The game features a library of 500 classic games, an interactive tutorial by Grandmaster Yasser Seirawan and commentary by once-world champion Anatoly Karpov on games against his rival, Gary Kasparov, are also included. Pre-programmed computer chess opponents at all levels of play (newcomer, novice, easy, light, moderate, difficult, expert and championship) are provided along with an option to create and customize your own computer opponents.

Chessmaster 4000 represents a major step forward, both in terms of playing strength and configurability, compared to its predecessor CM 3K. It was also the first mass-market program with a respectable strength. 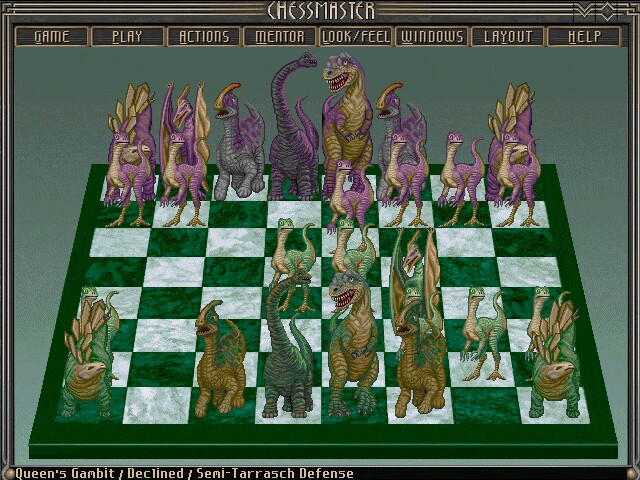 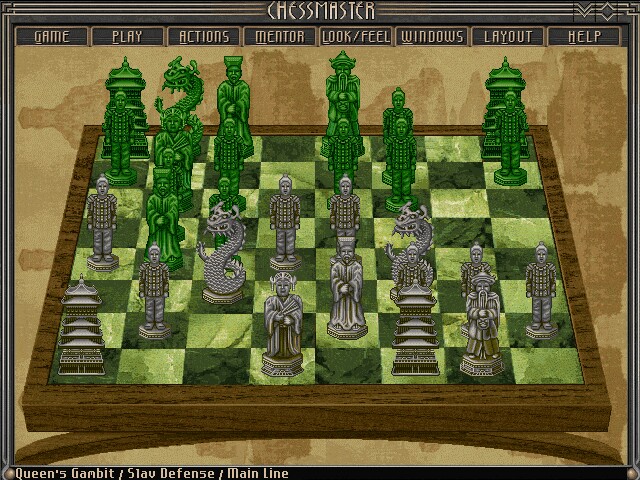