ARE YOU AFRAID OF THE DARK +1Clk Macintosh OSX Install 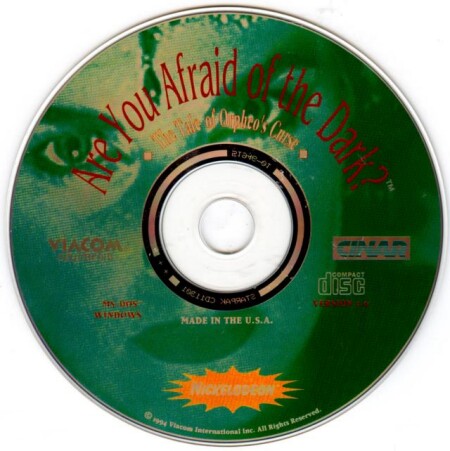 
Are You Afraid of the Dark? The Tale of Orpheo's Curse, is based on the Nickelodeon television series. The game is hosted by a group of teenagers from the 'Midnight Club', and is perfect for young adult gamers. The Midnight Club is a secret society that meets around a campfire to share stories of ghosts and ghouls. To join you must have a suitable story to relate and in the game you play the parts of two aspiring members, Alex and Terry, (brother and sister), and tell/re-live their story of exploring the old derelict theatre named Orpheo's Palace.

The night is dark and you find yourself standing outside the ghostly theatre. The front door is locked and your first task is to get in. After some searching you find the stage door. It's also locked, but when you turn away it mysteriously opens and, if you are not already scared out of your wits, in you go.

In the gloom you are met by a gleeful Orpheo who says that he has been waiting just for you to assist him in his magic act that very night. The door clicks shut and suddenly brother and sister are parted. Alex is whisked away to become a temporary prisoner whilst Terry is deposited in the bowels of the theatre in the Museum of Nature's Horrors.

You begin the adventure playing Terry and, with the help of the theatre plan that comes with the game, you must locate your brother and then find a way to break Orpheo's curse, thus avoiding capture and being flung into limbo forever by the dreaded magician's tricks.

As you wander around the suitably scary theatre with its wax works museum, you will meet grizzly figures that come to life, and ghosts and skeletons that will do their best to scare you to death. After you have played as Terry for a while and freed your brother, you will then get a chance to play as Alex and meet another collection of ghouls as you tour the creaking catwalks and explore the graveyard.

However, not all the inhabitants of Orpheo's Palace are malevolent, some are 'good guys' who will beg you to free them from their imprisonment, and give you important information so that you can break the curse.

The interface is perfectly simple, just point and click. There are useful objects to collect, too, and there is no need to actually work out what to do with them. When the time comes for you to use them the cursor will turn into a key or whatever, and the lock will click open. At first I was sceptical of this feature and thought it would make the game too easy, but after playing for a while there was enough exploration, and sufficient clues to follow, that I hardly noticed I wasn't manipulating inventory objects.

You must try every door, locate secret rooms, and listen to the hints of the ghostly inhabitants in order to solve the puzzles. Once or twice you'll be hounded by the theatre's more energetic creatures, and though the sound track is perfectly atmospheric, it really comes into its own during these sequences. I was chased by a skeleton into a room where I slammed the door. Truly, my heart was racing with the pounding music - opening that door again was quite a trial. Although, I confess this happened rarely and escaping pursuers wasn't simply a matter of speed, you actually had to figure out how to be rid of them. And, don't worry, if you get caught and flung out of the game, the gang at the Midnight Club will give you a good hint on how to save your skin and deposit you back in the theatre to try again.

I can only conclude that this is a wonderful game for 'brave young adults', and I know quite a few 'older' adults as well who wouldn't be too averse to exploring this haunted theatre. Turn off the lights for this one, and good luck. c 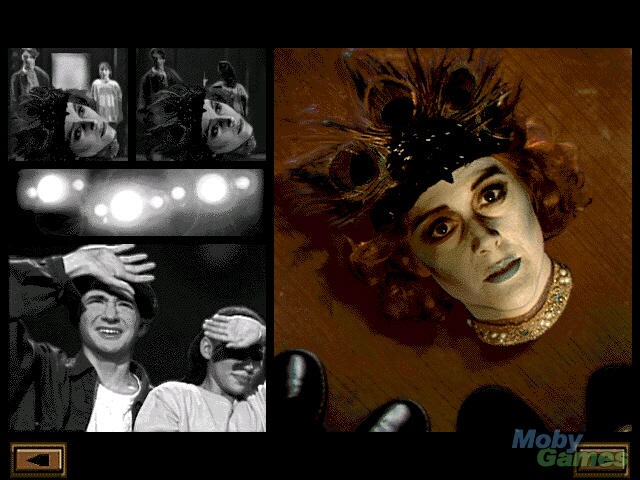 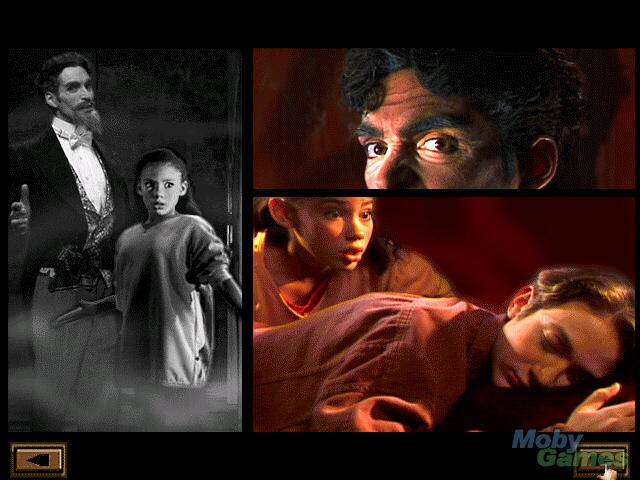